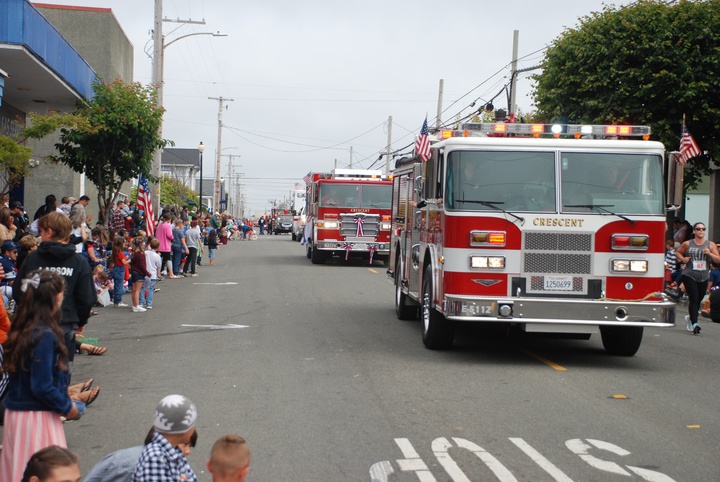 However, even if fire district property owners support the proposed assessment, Crescent City’s Measure S must be successful or the new master plan that assessment pays for would need to be reimagined, City Manager Eric Wier said.

“The master plan was developed with the intent that both the district and the city would need additional funds to fund it,” he told the CFPD Board of Directors on Monday. “From the city’s standpoint, could the city just absorb this in the general fund? With everything from COVID-19 and the shape of our budget, we are not in any financial condition to allocate those kinds of funds. That’s why it’s imperative Measure S also passes if we’re going to implement the master plan.”

Ballots were sent to property owners within the Crescent Fire Protection District in August. Property owners were asked to submit their ballots to the fire district by the end of a public hearing on Monday. The results will be publicly announced at 5 p.m. Nov. 9.

If successful, a single family residential property within the fire protection district would be assessed $74, according to Fire Chief Bill Gillespie. That amount would be added to a $24 assessment that has been in place since 1987 and would replace a $18 assessment from 2006 that expires in 2022, he said.

The new assessment for multi-family and mobile home properties would be $59.20, according to Gillespie. Large businesses would be assessed $84, he said.

The master plan this new property assessment would fun was approved by both the Crescent Fire Protection District Board of Directors and the Crescent City Council on Nov. 21, 2019.

On Monday, Gillespie told district representatives that the call volume for 2020 is expected to be much greater. Firefighters responded to 209 calls in August and 233 calls in September, he said. Most firefighters that serve both the Crescent Fire Protection District and Crescent City are volunteers, he said, and are only paid a stipend to offset fuel costs.

“The call volume truly is, over the long term, unsustainable,” Gillespie said. “I see any number of paid departments that run fewer calls than we do in the greater Crescent City area.”

The master plan calls for creating a hybrid fire department that incorporates three paid captains overseeing a volunteer “sleeper crew” of firefighters. It calls for additional training and the ability to set aside money to replace aging vehicles, apparatus and equipment, Gillespie said.

The master plan also touched on the financial sustainability of Crescent City Fire and Rescue and the Crescent Fire Protection District. According to Gillespie, following the sunsetting of a property assessment from 2006, the fire district will only have enough savings to operate for two to three years.

Realizing the master plan’s vision would cost the Crescent Fire Protection District $355,300, Gillespie said. Replacing the 2006 property assessment would cost an additional $110,340 for a total cost to the district of about $465,000 annually, Gillespie said.

Property owners within the fire protection district approved the 2006 assessment to pay for a fire engine, a water tender and a rescue unit, Gillespie said. It expires in fiscal year 20-21, he said.

“The master plan uncovered and showed that the district will deplete its reserves in two to three years following the sunset of the current 2006 assessment,” Gillespie said. “No way the district will be able to operate and provide the service to the community that we have provided and the community has come to expect. It’s the same expectation of fire departments across the country.”

But Crescent City has to kick in $307,414 based on the number of calls within its jurisdiction for the master plan to be fully realized, Gillespie said. Since it’s money the city doesn’t have, it is pursuing a 1 percent sales tax increase voters will weigh in on as part of the Nov. 3, 2020 general election.

Crescent City have been staff projecting a $500,000 deficit for 2020-21 largely due to depleted tax revenue from COVID-19. If voters approve Measure S, the resulting $1.3 million in revenue would fulfill its obligation to implement the Crescent Fire and Rescue master plan.

During the public hearing on Monday, Crescent Fire Protection District director, Allen Winogradov asked what the district’s next steps would be if their proposed assessment passes but Measure S fails.

Gillespie replied that though the Crescent Fire Protection District would be in a financially secure place if the property assessment goes forward, the master plan is contingent on both parties being able to participate.

“There may be portions that we’re able to look at as a district that enhance the district side — being able to start putting moneys aside for the apparatus reserve for the district — things like that,” he said.

Crescent City staff would have to go back to the drawing board to figure out how to implement the master plan if Measure S fails, Wier said.

Gillespie said his firefighters often arrive at a medical ahead of the ambulance roughly 60 to 70 percent of the time. His volunteers respond from multiple locations within the community, primarily from stations on Washington Boulevard and at 5th and I streets.

It’s often the officer on duty who arrives first, Gillespie said.
The public hearing generated hardly any comments about the proposed property assessment, but Dana Reno, a long-time firefighter in the community, said if it doesn’t pass “our world is going to change drastically.”

“You do hear that we are on scene better than 50 percent before the ambulance and our track record has proven that we have saved lives,” he said. “We don’t want to see this change drastically.”