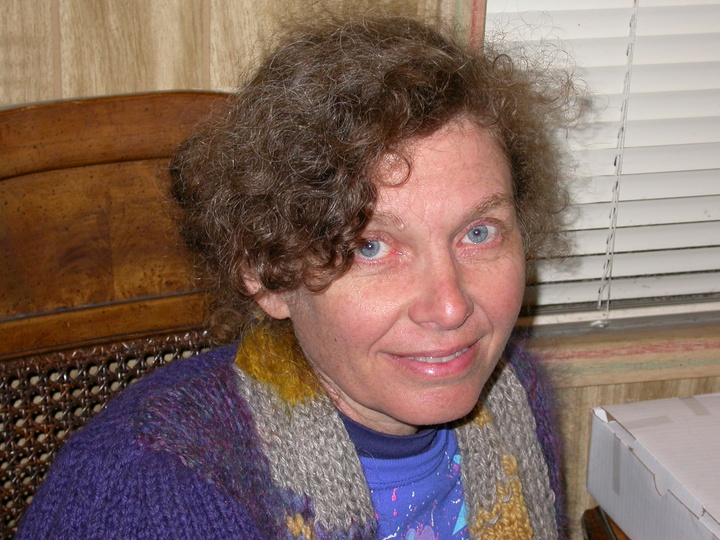 Eileen Cooper’s adversaries may have towered over her and shouted in her face at times, but she wouldn’t be cowed.

A bespectacled woman with a head of tight curls under knitted hats who often brought her Chihuahua to public meetings, Cooper stood up and fought back against what her long-time partner, naturalist Alan Baron, calls “green prejudice.”

“She was a little bulldog almost,” Baron told the Wild Rivers Outpost on Monday. “She was just unafraid.”

As an advocate for the area’s wild places, Cooper, a 30 year member of Friends of Del Norte, leaves behind “big little shoes to fill,” Baron told the Wild Rivers Outpost on Monday. Cooper died on Thursday of breast cancer that had spread to her lungs, according to Baron. She was 69.

Originally from New York City, Cooper found her way to Del Norte County in the early 1990s. She and a former mate had traveled the Oregon coast, collecting, cleaning and packaging seaweed and selling it to health food markets. Cooper and her former partner found their way to Del Norte County, Point St. George and the variety of seaweeds housed there.

Baron, who, along with Cooper’s sister, Sherie cared for her during her final days, said he met Cooper through Friends of Del Norte. They bonded through a shared love of the environment, hiking local trails, birding and conducting surveys for silvery phacelia — a small wildflower found in the Tolowa Dunes. Baron said he and Cooper had been “mates” for 18 years.

“When both of her parents were alive, we’d spend a portion of the winter back in Florida and a lot of the things we did in Florida is what we did here,” Baron said, “which was we just got out in nature and hiked and explored things and chased birds. We just loved to get outside in that.”

Eileen Cooper’s greatest legacy can be found in the places she helped protect, said Tom Wheeler, executive director for the Environmental Protection Information Center. It’s for this reason EPIC honoring her with its Sempervirens Lifetime Achievement Award at its fall celebration digital gala on Friday.

On Monday, Wheeler told the Outpost that Cooper protected “a ton of places,” often doing things he would never do. This includes camping out at the mouth of lakes Earl and Tolowa with Baron and other Friends of Del Norte volunteers and binoculars to catch people illegally breaching the lagoon, Wheeler said.

One night, Baron said, he and Cooper went through the Pacific Shores area near Kellogg Beach and cornered some breachers in a white truck.

“They started chasing (us),” Baron said. “It was a car chase all the way out to Kellogg Road and those guys were speeding along… They never got us by the way.”

“One great story of Eileen was how she worked to save the forest near the airport by Point St. George,” he said. “It was slated to be harvested and she trespassed into the forest with some sort of an ecologist and discovered unmapped wetlands. As they were coming out, they were caught and they had to pretend they didn’t know where they were. They were told not to do that again.”

Cooper also had a vast understanding of the California Coastal Act and didn’t hesitate to use that knowledge to protect the Del Norte County coast, Wheeler said.

Naturalist Sandra Jerabek, program director for the Tolowa Dunes Stewards, said Cooper monitored the environmental sub-committees connected with the city and county planning commissions every month to see what development projects they were considering. 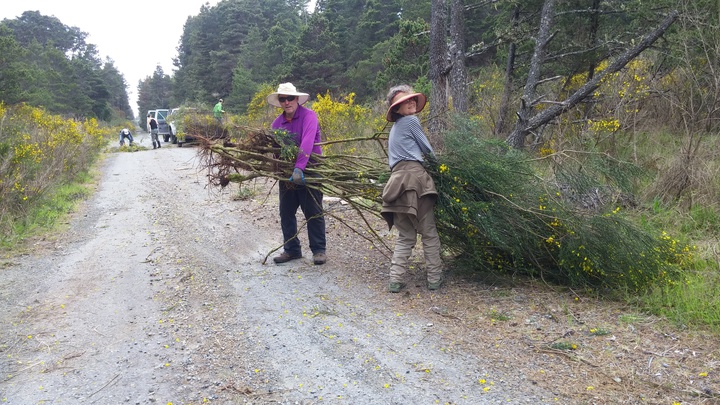 This is a gap Friends of Del Norte and EPIC is working to fill, Jerabek said, but it’s something that Cooper did without thinking.

“She would get the whole agenda, the whole binder, every month to see what development projects were in the works,” Jerabek said. “For a volunteer, this is a huge job, and it’s a professional job and Eileen was really good at it. She knew the sections of the Coastal Act and how they applied very precisely. If I needed a Coastal Act application analysis I would ask her.”

Friends of Del Norte board member, Don Gillespie, who worked alongside Cooper said she cared enough to pay close attention, break out of her comfort zone to speak up and get involved.

“The Friends of Del Norte has lost our little mighty mite, our bull dog watchdog who cannot be replicated nor replaced,” Gillespie said in an email after hearing of Cooper’s death. “She will be missed in the environmental community.”

Though Cooper seemed to have no fear, she forced herself to overcome it, Jerabek said. People made fun of her, Jerabek said, and it got to her, but she didn’t let it show.

“I know she had fear, but she made herself appear fearless, which for her is an amazing feat,” Jerabek said. “She was incredibly determined and stubborn. A very brave soul. She had courage, more than most people have.”

In addition to receiving EPIC’s Sempervirens Lifetime Achievement Award, Cooper has made a bequest to set up a fund at EPIC to focus on Del Norte County environmental protection, Jerabek said. To donate, click here.

“We called it the Del Norte Chapter of EPIC,” Jerabek said. “And if anyone wants to give a gift in Eileen’s honor, that’s where Alan and Sherrie would like it to be given.”