After Serving 200,000 Meals to Kids During the COVID-19 Emergency, DNUSD Kicks Off Summer Food Program » 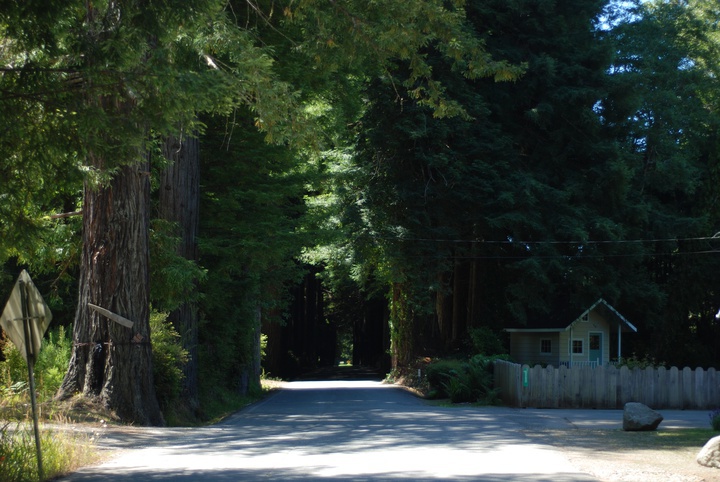 Media coverage, a Facebook page and more than 6,000 signatures on a petition prompted county staff to recommend maintaining the “status quo” on Wonder Stump Road.

This includes leaving the street’s beloved tree tunnel intact, though Del Norte County staff have said removing all the redwoods was never part of their plan.

“I think it’s pretty clear what the people want with over 6,000 signatures from all over the world,” Smith River resident Joni Forsht told the Board of Supervisors via email Tuesday. “I just can’t see how you can ever consider removing trees from Wonder Stump Road. But, most importantly, there has been an outcry from residents who live in this beautiful place of peace.”

Staff with the Del Norte County Community Development Department have been reaching out to the community over the past year about potential improvements to the road between the Yonkers Creek Bridge and U.S. 101.

In an interview with the Wild Rivers Outpost in July 2019, Roads Superintendent Jeff Daniels said staff were looking at potentially improving the drainage and infrastructure on that road. Daniels told the Outpost that Wonder Stump is heavily trafficked and isn’t wide enough for emergency vehicles, school buses and traffic volume.

In a staff report on Thursday, Daniels and Assistant County Engineer Rosanna Bower said staff considered seven “conceptual alternatives” and took into consideration community response, the number of traffic collisions, effort and expense to maintain the road, as well as the trees in the area.

“The outcome of the planning document is the majority of participants in the planning process would like to see the status quo maintained,” Bauers and Daniels’ report states. “This is the easiest alternative to achieve since the ‘Summary of Wonder Stump Road Community and Stakeholder Engagement’ was undertaken with no funding identified or anticipated for environmental studies, right-of-way acquisition, design or construction.”

However, the county’s staff report states that planning activity for Wonder Stump Road didn’t “result in any promises or absolutes.”

“Maintenance has and will continue to require the periodic removal of trees and impacts to tree roots and canopies,” the report states. “Any future project along Wonder Stump Road will comply with the California Environmental Quality Act.”

One of the county’s concerns had to do with needing to use hand crews to clear the ditch that runs along one side of Wonder Stump. Daniels had told the Outpost in July 2019 that it was becoming dangerous for employees climbing into and out of the ditch.

On Tuesday, District 1 Supervisor Roger Gitlin addressed that concern by introducing Del Norte County Probations Chief Lonnie Reyman into the discussion. Allowing probationers to “burn off hours” by keeping culverts free of roots and debris would save between $10,000 and $20,000, Gitlin said.

“I’m hoping Jeff (Daniels) and Lonnie Reyman get together when the need arises to do additional work,” Gitlin said.

Reyman said he’d be happy to participate in a program that allows offenders to complete their community service hours.

This plan drew support from Wonder Stump Road resident Mac Eller, who maintains the road is safe and asked why the county was pushing to fix something that wasn’t broken.

“Safetywise there are fewer accidents on this road compared to almost any other road and everyone knows it,” Eller said via email. “The trees do not jump out in front of the cars, so let’s not cut them down for that reason.”

She said she hoped everyone who signed the petition opposing any changes to the road would read the document so they “understand the facts of what the county was looking at.”

County staff’s recommendations to keep the road as it is honors the public’s input, Leighton said.

“Before the project was initiated there was a lot of misinformation going on in the Wonder Stump community area,” she said. “I really appreciate that county staff’s initiating this work to put an end to some of the misinformation, trying to get facts out there, solicit public comment and do the hard job.”

Mac Eller’s wife, Donna, also urged county supervisors not to make changes to Wonder Stump Road. She said she goes out of her way to travel through the tree tunnel when driving into town, and added that after 15 years of living on Wonder Stump, she’s only seen a couple of accidents.