After Serving 200,000 Meals to Kids During the COVID-19 Emergency, DNUSD Kicks Off Summer Food Program 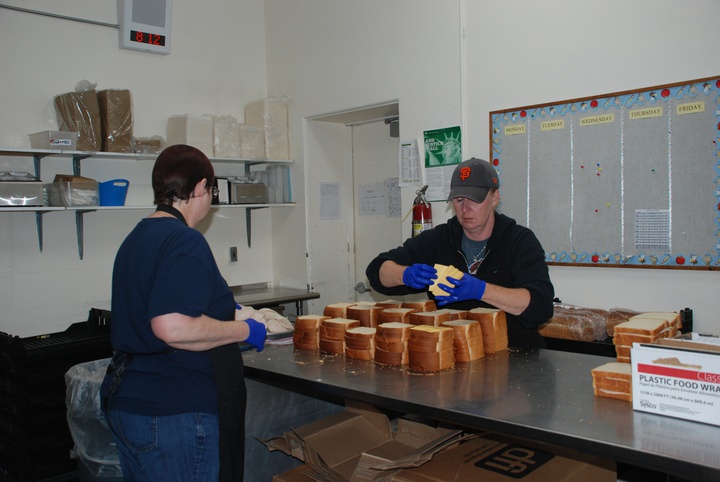 After serving more than 200,000 meals since COVID-19 shuttered schools in March, Del Norte Unified School District staff are gearing up for summer.

DNUSD will serve its final breakfast and lunch of the school year via bus and at school sites on Thursday, Nutrition Services Director Deborah Kravitz told the Wild Rivers Outpost. The district’s Seamless Summer Food Program will start Monday and run through Aug. 7, she said.

“We’re pretty excited about how this all worked out this year for us in spite of the COVID-19 pandemic and some of the restrictions,” Kravitz told the Outpost. We’re covering more locations this summer than we have in years past and reaching, I think, a lot more youth.”

Two sets of lunches and “next-day” breakfasts will be served Mondays, Wednesdays and Fridays via curbside locations as well as bus and van delivery, Kravitz said. This means Del Norte Unified will serve six meals a week to kids 0-18, adding a Saturday breakfast and lunch to its rotation, she said.

Working with waivers from the U.S. Department of Agriculture and the California Department of Education, which allowed the district to deliver meals during the COVID-19 emergency, DNUSD will offer take-and-go meals.

This year curbside meal service will be offered from 10:30 a.m.-noon at Open Door Clinic at 550 E. Washington Boulevard; the Family Resource Center of the Redwoods at 494 Pacific Ave.; Totem Villa Apartments at 1085 U.S. 101; and at Summer Park Apartments and Hidden Creek Apartments behind Walmart in Crescent City.

Curbside service will also be available from 10:30 a.m.-noon Bess Maxwell Elementary School, Kravitz said. Parents and guardians can pick up for youth without children being present, she said.
Del Norte Unified will also have three buses and a delivery truck taking breakfasts and lunches to the county’s outlying communities.

This includes Klamath from one end to the other, Kravitz said. The Redwood Bus will deliver meals to the Fort Dick area including Kings Valley Road, Lower Lake Road and Pacific Shores, she said.

“There are a lot of youth that live out in that area,” Kravitz said of Pacific Shores — an undeveloped subdivision on the shores of Lake Earl. “It’s a pocket in the past (where) we feel like an underserved population that may not have had access to our summer program. That bus will go out there.”

Another bus will head out on Parkway Drive, Sand Mine Road and the Bertsch Tract area south of Crescent City. A van will head north to Smith River and cut east to Hiouchi and Gasquet, Kravitz said.

“Those are another couple of areas where in previous summers we were not providing any service,” she said about Hiouchi and Gasquet. “We were challenged to figure out what summer would look like. It has really come together. We’re excited about being able to offer more locations.”

The use of the district’s school buses and bus drivers will be paid for by a grant from the Wild Rivers Community Foundation, Kravitz said.

“I would like to acknowledge Gina Zottola and the Wild Rivers Community Foundation for their support,” Kravitz said.

Though meals will be offered to anyone ages 0-18, parents whose children go to DNUSD schools can download the Here Comes the Bus app, which will allow them to track the vehicle that’s bringing their meals, Kravitz said.

The app will let parents know if the bus is running late and when their bus is approaching, she said.