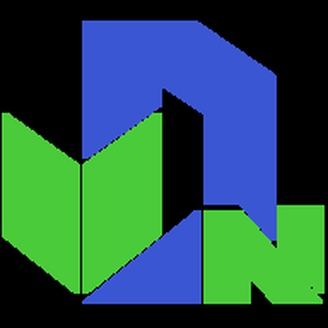 More than 660 families have responded to a new school district survey on the learning model they think would be right for their child when they return to school in the fall.

Noting that Del Norte Unified School District and others statewide were “shooting at a moving target on the back of a speeding train that’s zigzagging across a mountainous landscape,” Superintendent Jeff Harris said input from parents as well as teachers will be used to develop a learning plan for a 2020-21 school year likely still defined by COVID-19.

DNUSD deployed the survey on Wednesday. It will be available to parents through July 3, Harris said.

According to the district’s Facebook post, when school starts up again in the autumn, DNUSD anticipates only being able to have about half of its students attending in-person classes “at any given time.”

On Thursday, Harris told the Board of Trustees that DNUSD is subject to the limitations imposed by the California Department of Public Health and the Del Norte Public Health Branch.

“The ability to come back fully is not our decision,” he said. “I think if everything were equal, we would bring back every child because we know that every kid with a teacher every day is what drives education forward. And, while distance learning, or some version of distance learning or blended learning, may work for some kids, for the vast majority of kids it’s about relationships.”

According to Harris, California’s superintendent of public instruction and the state board of education is required by law to develop a template for the 2020-21 school year by Aug. 1.

DNUSD will likely be trained on that template in mid-August, and the Board of Trustees will need to hold a public hearing before adopting it, Harris said. DNUSD must then submit the learning template to the California Department of Education by the end of September.

“We need to know what we’re doing so we can plan,” he said. “Then we have to memorialize that plan and get it to the state by the end of the sixth week of school.”

Del Norte students are scheduled to resume classes the last week of August.

DNUSD’s latest survey presents parents and teachers with two proposed learning models. In the first, about half of its students would attend classes with a teacher in the morning and the other half would come to school in the afternoon.

According to Harris, this model would give teachers about an hour and a half in between to prepare lessons and sanitize rooms before the next group of students come in.

“The upside is kids can see their teacher everyday and teachers can establish those relationships — they know who to help and how to help,” Harris said. “If a child attends in the morning, in the afternoon they could go to small groups for (English language development) or special education or reading intervention or math intervention or Title VI support; whatever that might look like.”

The second model DNUSD is asking parents and teachers to weigh in on involves students going to school for two full days a week and engaging in distance learning for the remaining three days, Harris said.

Students would be able to engage in longer lessons as well as meet with counselors and other supports, Harris said. The three days of distance learning gives teachers, custodial and other staff the ability to plan and prepare. It could also save the district some much-needed money, according to Harris.

“On the budget side, one day of transportation’s about $100,000 the district wouldn’t be paying out,” he said. “That’s not personnel costs. That’s roughly travel costs.”

According to Harris, out of the 668 parents that have already responded, 55 percent favored the “AM/PM model” even though they understood that buses may not run. About 75 percent indicated that transportation wouldn’t be a problem, he said.

However, Harris noted, that out of the district’s 3,600 students, 25 percent is more than actually use the buses.

Meanwhile, 32 percent of survey respondents so far favored the two days of in-person learning and three-days of distance learning model, Harris said. About 13 percent of those 668 respondents said they would like an online-only model, he said.

“As we go through this process, I think over the next two to three weeks, we’re going to get lots of information,” Harris said. “Having 650-minimum students already represented in a survey in the short term is huge. I think we’ll see some good results there.”

However, District 2 Trustee Angela Greenough said she’s heard from parents who were concerned about how distance learning would work even if students were in a classroom for part of the time. She noted that when schools closed March 16 due to the pandemic, many families were struggling to get online and, for some, learning was a worksheet.

Her colleague, Douglas McArthur, who represents Del Norte County District 1 on the Board of Trustees, said he’s concerned about the “digital divide.”

“In that crisis learning model, do we have a sense of how many of our families, our students, were not able to participate fully?” McArthur asked.

Harris said based on some of the initial surveys DNUSD conducted, staff estimate that between 10-15 percent of its students, roughly 400 to 600, didn’t have Internet access.

District 4 Trustee Charlaine Mazzei told Harris that when the survey results are brought back to the Board, she wanted to see the data broken down by school site. The question about transportation may be different for those whose students attend K8 schools outside of Crescent City, she said.

Mazzei also didn’t want to lose sight of parents and staff who may still be concerned with their student’s health or their own health.

“I think we have to be cognizant of that 10-13 percent who don’t want to e forced to go back to school if they don’t feel safe,” she said. “If we don’t offer some kind of distance education option, they will go and take their kids out of our district and go sign up with the commercially available ones you see available on TV all the time. I don’t want to lose sight of that.” Greenough concurred, saying that parents have told her that as a result of the crisis, they’re searching elsewhere for education options.

“I am hearing that the fatigue was so strong that they’re just, ‘I’m out of the district altogether,’” she said. “Being able to get a plan for them would be beneficial so they can feel safer.”

Marcus Endert, a special education resource teacher, said that while the district is trying to differentiate between crisis learning and distance learning, the community is still in crisis.

“God forbid the COVID cases go up,” he said. “We’re seeing them go up in Humboldt and we’re hearing about spikes across the country. Our teachers did an amazing job over the three months. There are definitely some inequities that need to be addressed and we’ll keep addressing those.”

Endert said he was concerned about child care issues with both the two models that were presented to parents in the district’s survey. He noted that either model won’t completely solve those problems, though having students in school five half-days a week would probably be more helpful than the alternative.

Endert also cautioned against the district and the Board of Trustees thinking of distance learning as a new normal.

“On the survey I saw was (a question) ‘how long would you be willing to participate in this distance learning,’” he said. “There was an option of one year, two or more years and there was a third option of, ‘I don’t know.’ There was no option for ‘we hate this altogether, we just want to be with our kids!’”