« DNUSD Superintendent: 'The Board Doesn’t Feel A Strike Can Happen'; DNTA Negotiator Says Statement Is False 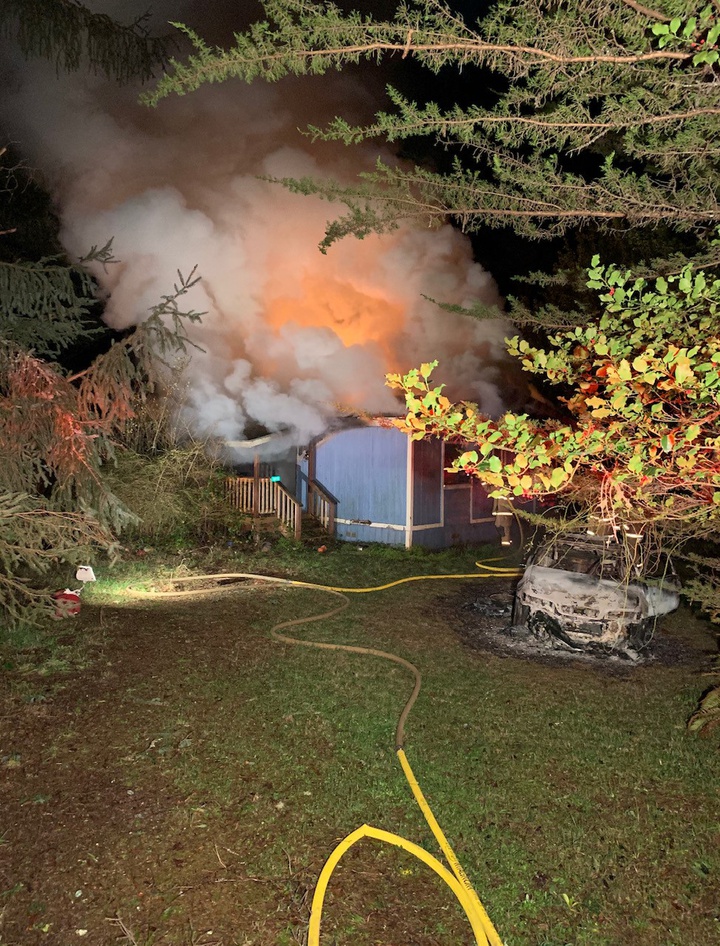 An early morning structure fire broke out in the 400 block of Cummins Road in Crescent City. Crescent City Fire & Rescue responded at 3:56 AM to a fire reported in a double wide modular home. Responding engines arrived to find heavy fire burning in the residence, and a four-door sedan in the yard that had also burned but was mostly out.

The home was reportedly vacant for several years. Due to the heavy amount of fire burning in the vacant residence, firefighters fought the fire from the exterior. Heavy brush to the rear of the residence hindered firefighting efforts by slowing access. While firefighters were extinguishing the fire, it was found that a portion of the floor just inside the door had burned away. Early in the fire attack, a portion of the roof also collapsed into the home. A nearby home was protected from fire spread. No victims were located in the residence or the burned vehicle.

It was reported that there has been transient activity in and around the residence. The fire cause is suspicious and remains under investigation. There were no injuries reported to bystanders, law enforcement officers, or to the 15 volunteer firefighters who put out the fire. 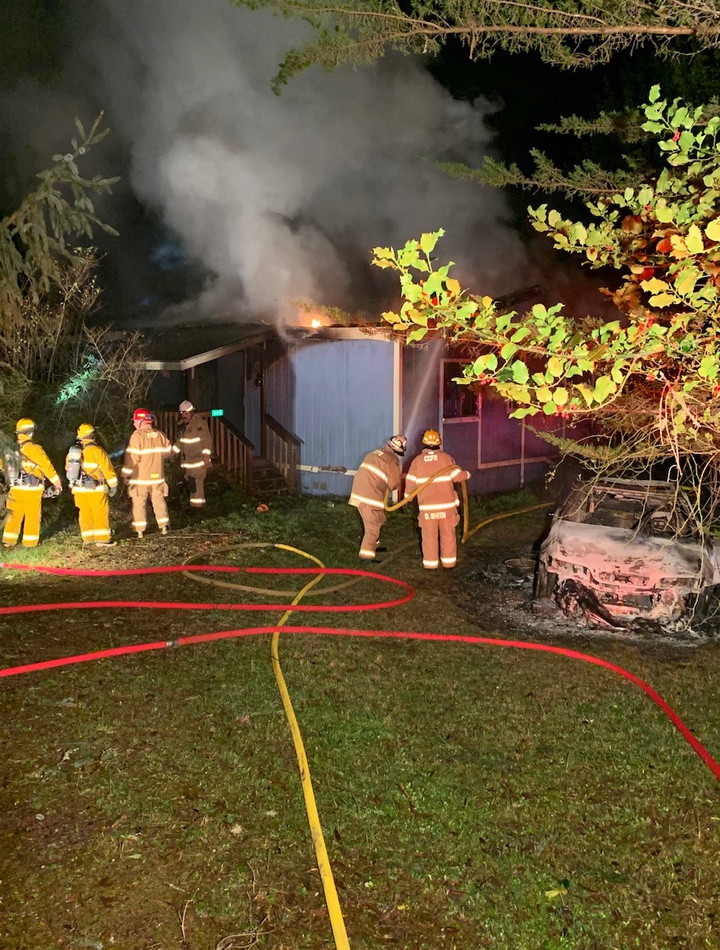