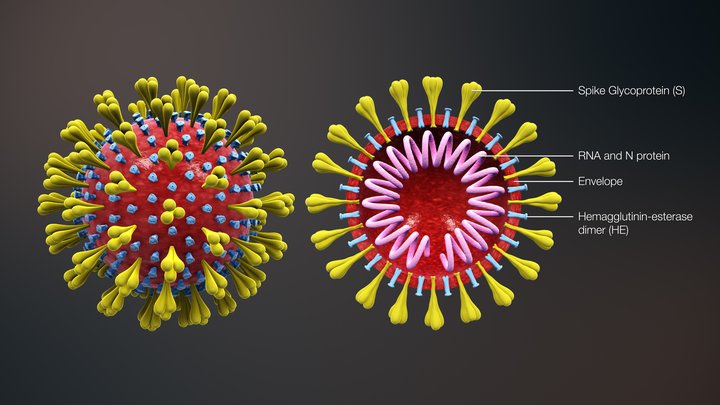 They were joined by Dr. Arthur Reingold, a professor with the U.C. Berkeley School of Public Health, at a town hall meeting hosted by State Sen. Mike McGuire. They fielded questions on a variety of topics from testing to whether people should wear masks if they’re out and about.

McGuire, who hosted the meeting by telephone, also gave a look at the bigger picture in California, reporting that there are roughly 9,000 confirmed cases statewide. California has a total of 74,000 hospital beds in more than 400 facilities.

Officials estimate the state needs another 50,000 beds to handle the surge in COVID-19 cases that’s expected to come in about four weeks, McGuire said. This is why the state legislature passed a $1.1 billion spending bill last month, he said.

“We’re asking the over 400 hospitals to expand their capacity by 30,000 beds and the state will be responsible for developing the remainder of 20,000,” McGuire said. “We’re working to make this goal a reality.”

McGuire also noted that more than 1 million Californians applied for unemployment benefits in the last 15 days. He urged those who have found themselves without work to connect with the California Employment Development Department, saying that those who were eligible for unemployment on Jan. 27 would get up to six months from the state — a maximum of $450 per week, he said.

The federal government is expected to supplement the first four months of that six-month maximum, McGuire said.

Though confirmed cases have yet to show themselves in Del Norte and Trinity counties, 28 people in Humboldt County have tested positive for COVID-19, Humboldt County Public Health Officer Dr. Teresa Frankovich said.

Eight of those cases came from people who had traveled out of the area and 13 had contact with people who were positive for the virus, Frankovich said. Three cases were classified as community transmission in people who did not have contact with someone who tested positive or had a history of travel, she said.

“We’re working very hard on case identification, investigation and issuing orders for isolation and quarantine to slow transmission within the community,” Frankovich said. “In the coming month we expect additional community transmission cases to be identified. We’ll shift resources from case investigation into other areas such as surge response.”

Though Frankovich said Humboldt County health officials were working to increase testing capacity — nearly 750 individuals have been tested at this point — they need to prioritize testing to individuals who are at a higher risk either by occupation or health status.

In Del Norte County, 78 tests have been administered as of 8:24 a.m. Thursday, according to the Public Health Branch. Sixty-seven tests have returned negative and 11 are pending.

“We were essentially an island and we were seeing visitors come in,” Sarina said.

Fielding a question from a Hiouchi resident about the spread of COVID-19 at Pelican Bay State Prison, Rehwaldt said he and other health care officials were dismayed to learn that prison transfers were continuing despite the shelter-in-place order. He said the Del Norte Healthcare District sent a letter to the governor’s office asking him to stop the transfers.

“I don’t know if it was because of our letter or from input from other counties, but we were told they are actually shutting down transfers between institutions hopefully for the duration of the outbreak,” Rehwaldt said. “That’s a big plus.”

In Trinity County, 45 individuals have been tested for COVID-19, said Public Health Nurse Director Marcy Jo Cudziol. The results for 43 tests have come back negative and two are pending as of Wednesday, she said.

“There’s one case that we’re monitoring (that) had a significant exposure to a person diagnosed with the illness,” Cudziol said. “That person will be monitored over 14 days to ensure that symptoms don’t develop.”

In Trinity County, the challenges officials are focusing on has to do with personal protective equipment — gloves, gowns and masks, Cudziol said. The county’s critical access hospital has the ability to test for the virus and have the results back in five minutes.

Currently, Trinity County is only testing those who are ill, she said.

Another challenge Trinity County is focusing on is preparing for the anticipated surge in COVID-19 cases, Cudziol said. She said public health officials in Trinity County were looking at the “lessons learned” during the Camp Fire around large numbers of people needing medical services.

Humboldt County health officials are assessing the number of regular beds, ICU beds and ventilators already available at local hospitals and then seeing how much they can increase their capacity “inside their walls,” Frankovich said.

“We are then looking to exceed that capacity by addressing alternate care sites (where) we’ll put less acute patients that don’t need intensive services so we can decrease the burden within hospital walls,” she said.

In Del Norte County, Sutter Coast Hospital has 49 beds with roughly six intensive care unit beds, Rehwaldt said. He said that the hospital can add about 20 beds in the event of a surge in cases, but the limiting factor is the number of ventilators available.

“They have some portable ventilators to add onto their usual stock,” he said. “And they have a chance to get some refurbished ventilators.”

Rehwaldt also urged those who fall into the at-risk category, which include the elderly and those with compromised immune systems and underlying health issues, to set the bar low in terms of seeking medical help if they feel sick.

“If you’re becoming ill to the point where you’re feeling depleted, short of breath, or even mildly short of breath, you should be talking to your healthcare provider,” he said. “Fever is another issue. If you’re having a very high fever, like a severe flu, that should trigger a call and ask them what they want you to do.”

Del Norte County is also researching the possibility of asking hotel and motel owners for help in ensuring people have their emergency housing needs met as well as a place to recover medically, Sarina said.

On Thursday, Bill Steven, public information officer of the Del Norte Emergency Operations Center, said emergency officials are thinking hotels could be used to house those who may not need to be hospitalized but aren’t able to be quarantined in their home.

“They’re also working with the state to contract for buildings at the fairgrounds to augment Sutter Coast’s operations,” Steven told the Wild Rivers Outpost.

Participants in McGuire’s town hall meeting also touched on the availability of testing, including for those who may be asymptomatic.

Reingold, said experts currently don’t know how long asymptomatic people are contagious, but they should take precautions if they believe they may have been exposed to the virus.

“We want them to self isolate and be in contact with their healthcare provider to seek advice,” he said. “If they do need to be in contact wiht others it would be good for them to wear a maks and exercise good hand washing.”

Though Humboldt County has the ability to test for the virus, Frankovich said its public health lab is too small to test the entire asymptomatic population to determine if they’re a carrier of COVID-19. She said she’d like to test those who are mildly ill, but that’s currently not possible.

“For us to be able to do mass testing, we will need resources from outside the area,” she said. “We’re in conversations with the state about that, but we don’t have anything concrete at this time.”

Trinity County officials are already operating under the assumption it has COVID-19 cases, Cudziol said. But, she said, they can’t really monitor or manage those cases without knowing who has it and how many. She also noted that local officials don’t have control over the availability of testing resources.

“Because of that we’re implementing non-pharmaceutical strategies such as quarantining and isolation and social distancing and washing hands and not touching your face,” she said.

As for masks, Reingold said the question of whether or not people should use them has been evolving. Their use is important in a healthcare setting or for a sick individual, he said. But there is evidence that it may add some protection to those who aren’t sick, Reingold said.

“We don’t want that to deplete the supply of masks available to front line public health workers,” he said. “But if you’re going to be around other people in public, wearing a mask certainly won’t hurt you and could provide a benefit.”

The number of confirmed COVID-19 cases in the United States grew from 70 a month ago to more than 210,000 and more than 4,700 deaths as of Wednesday, Reingold said. In New York City and the surrounding areas there are more than 84,000 cases and nearly 2,000 deaths.

There are also burgeoning outbreaks in Michigan, Massachusetts, Florida and Louisiana, he said, noting that though most are in urban areas, the virus hasn’t spared rural communities.

With a vaccine not being possible for at least another year, if any, Reingold said, limiting the spread of the disease is largely in the hands of individual state governors.

“Some states, like California, have been very proactive and have expeditiously moved to prevention and control,” he said. “Others are just getting there.”

Worldwide, there are an estimated 918,000 confirmed cases with over 46,000 deaths from COVID-19, Reingold said. However, he noted that since testing is limited, the number of infections is likely greater than what’s being reported.

COVID-19 was first detected in Wuhan, China, about three months ago, Reingold said. Molecular studies suggest that the virus probably moved from a bat into a person via an intermediate animal. It’s highly transmissible from one person to another, he said, and no one is immune from it.

“The end result of that, the outbreak in China evolved into a little over 80,000 people and 3,300 deaths and was apparently brought under control by what many of us would consider quite draconian and strict measures,” Reingold said, adding that it spread to other Asian countries.

As he drew his town hall meeting to a close, McGuire said California needs roughly 40,000 nurses, doctors and licensed vocational nurses to help with response to COVID-19.

“If you are a medical professional who has been retired or a medical student (you can) help join the fight against the coronavirus,” he said. “We need assistance to join the California Health Corps.”