Calls Asking For Donations to CCPD Are A Scam, Chief Says »

For Redwood Coast Transit, Operating Through COVID-19 Has Been a Roller Coaster 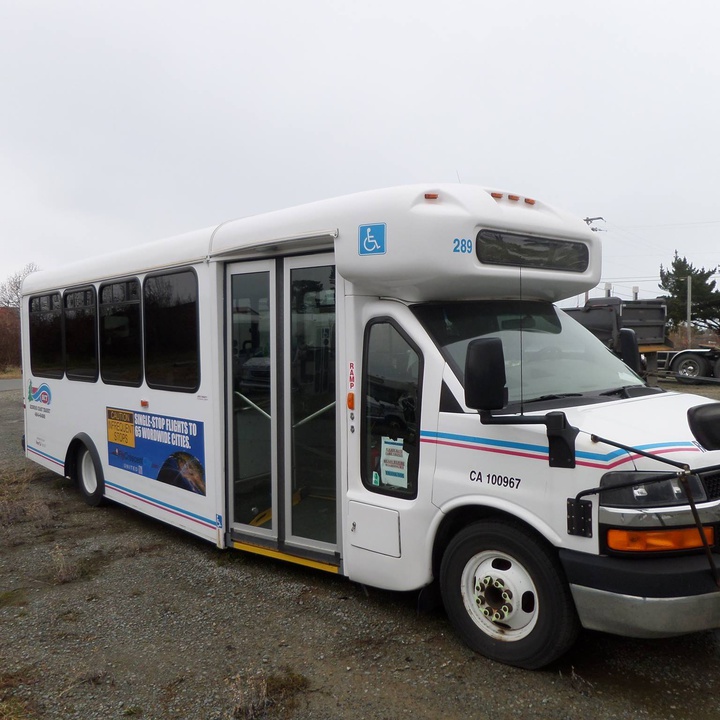 When Del Norte County schools closed and Governor Gavin Newsom issued his March 19 stay-at-home order, the agency took more aggressive measures. This included changing the transit system’s hours of operations and modifying its routes both in-town and to outlying areas like Smith River and Arcata.

Another safety measure was letting people ride free, but that didn’t work out the way the authority planned, Rye said.

“The main thing we wanted to accomplish was to limit the interaction between drivers and passengers,” he said. “One way to do that is not to have them talk to the passengers about the fares or sell the passes on board.”

Offering free fares would also limit the potential exposure to COVID-19 for the authority’s office staff, which has to count the money, Rye said, noting that the virus can live on currency. He said the transit authority also wanted to provide financial relief to its riders.

Redwood Coast Transit offered free fares from March 23 to April 6.
At that time, ridership dropped, Rye said. About 400 passengers would ride the bus on a normal weekday in January or February.

After the shelter-in-place order, ridership was between 150 to 200 passengers a day, he estimated.

Most of their riders don’t have cars and so need to use the bus to get to the grocery store, medical appointments, which are defined as essential trips, Rye said.

“Then we saw it start to creep up, especially on regional Route 20,” he said, referring to the bus between Crescent City and Arcata. “Concurrent with that, operators were complaining that while they appreciate not having to collect fares, there were more crowded buses with people riding without destinations. Folks weren’t following the governor’s travel restriction guidelines. They were riding because it was free.”

“The only ones who didn’t like it were the ones riding indiscriminately because it was free,” Rye said. “As soon as they heard fares were reinstated, folks stopped riding.”

At two emergency meetings of the Redwood Coast Transit Authority board of commissioners, more safety measures were discussed.

One was cutting routes, something the authority didn’t want to do, Rye said. This was left to the general manager’s decision based on driver availability.

As a result, Saturday service has been suspended, Rye said. This includes in-town buses and regional trips.

During the week, service for Crescent City routes would end at 6 p.m. Trips to Arcata would end at about 7 to 7:30 p.m., Rye said.
The transit authority is also offering two trips to Arcata — one in the morning and one in the evening — instead of the previous three trips, Rye said. The number of trips from Crescent City to Smith River has also been reduced from five to four, he said.

“We took out the late trip to Smith River,” Rye said. “So far, there hasn’t been any complaints. Trip demands are way down during the crisis.”

Dial-a-Ride continues to operate, but it follows the same schedule as the Crescent City routes with its last trip ending at 6 p.m., Rye said.

“I just want to give a shout out to our bus drivers, our mechanic and our supervisor staff,” he said. “They’re in the front lines too. People often don’t think of that, but they’re out there reporting to work and giving people basic mobility during this challenging time.”