« Foundations Give $200,000 to Organizations Meeting Needs of Local Communities During COVID-19 Crisis 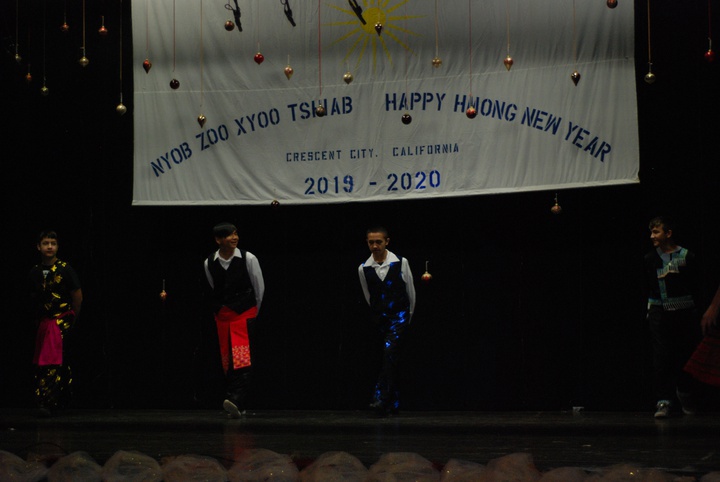 Though it won’t be a full reconstruction, the Crescent Elk Auditorium will receive a facelift thanks to private donations and $50,000 in voter-approved bond money.

The architect and a group consisting of representatives of the local performing arts communities will also choose a color and design scheme that can be used on future improvements at the auditorium, according to Morgan.

“It’s probably going to take a month to two months, however the stage lights we could probably order them tomorrow,” Morgan told the DNUSD Board of Trustees on Thursday. “We’ve already got approval from the user group team that Musson Lighting and Controls is the one we want.”

The Board of Trustees unanimously approved using $50,000 in Measure A general obligation bond money for the Crescent Elk Auditorium project. About $9,000 of those dollars will pay for an interior design proposal from PBK Architects, according to Morgan’s proposal.

The Board of Trustees also approved a $37,980 contract with Richterich Construction to install the fiberglass reinforced laminate wainscoting. Morgan said once the Crescent Elk Auditorium User Group decides on a design scheme, the contractor could begin installing the wainscoting.

“It’ll probably take a couple of weeks to at least a month to get the pattern and the color,” Morgan said. “We’ll come back several times with the user group and probably with the superintendent and Board for final approval. It’s going to take a month to two months.”

According to Morgan, Nick Rail, a graduate of Del Norte High School, who donated 100 instruments to DNUSD in January, proposed donating $50,000 for new stage lights. At the user group’s first meeting, Fearing said he would donate the electrical installation, worth roughly about $20,000, and Degler would install the lights, Morgan told the school board.

This was Morgan’s second request for $50,000 in bond money to make improvements to the Crescent Elk Auditorium. At a Feb. 27 meeting, his proposal to install new wainscoting drew ire from some in the room, including Del Norte Teachers Association President Marshall Jones, who teaches music at Smith River School and has been involved with Lighthouse Repertory Theatre for several years.

Following Morgan’s presentation Jones apologized for his comments at the Feb. 27 meeting.

“I have a lot of passion for this auditorium,” Jones said. “I spent a lot of years there with many types of performing venues.”

Harris also addressed another question brought up at the Feb. 27 meeting — the need for an architect. He said Thursday he didn’t want the auditorium improvement project to be piecemeal and the district would likely save money and manpower if it had a design plan.

“Fiberglass reinforced laminate is used in museums, concert halls,” Harris said. “It’s high-quality long-lasting surface material that can be purchased to look like stone, woodgrains or it can be solid colors.”

Though the initial project addresses the lights and wainscoting, DNUSD’s newest trustee, Charlaine Mazzei, brought up a “void” of seats at the front of the auditorium.

The plan is to replace the missing chairs with others taken from the back of the auditorium, Morgan said. But when Mazzei said she thought the void was to allow for wheelchair access, Morgan said he would work with the architect and the user group to find out.

Jones said the space is also a good place for a music ensemble during a live performance.

“Ideally you want a pit that goes lower than that,” he said.

Morgan, however, noted that though the auditorium will sport new lights and walls, its looks won’t drastically change. The acoustics, ceiling and floors need to be redone. The stage face needs repainting, Morgan said.

“To do what we all want to do and walk in there and have it look like we want it to look would cost at least $1 million,” he said. “That’s not an exaggeration. When we put a little FRL up and put some lights on the stage, the rest of it’s still going to look the same.”