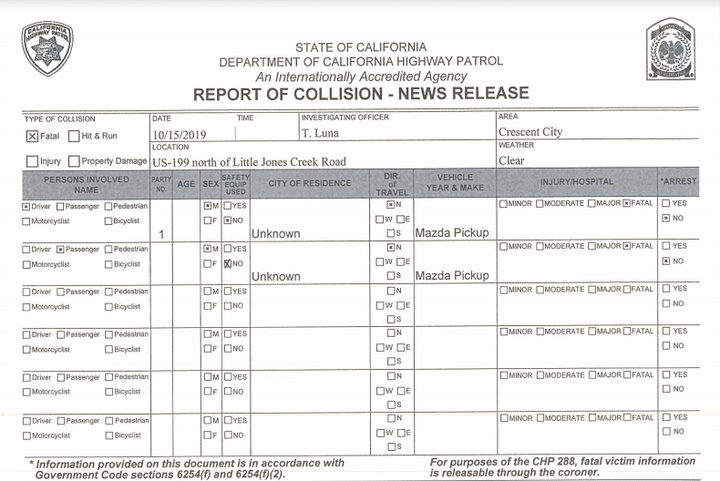 Law enforcement has released the names of two men whose bodies were found in a pickup truck down an embankment on U.S. 199 at about 8:40 a.m. Oct. 15.

The bodies of Roland Robertson, 67, and Travis Lea, 44, were recovered after California Highway Patrol responded to a call that Robertson’s pickup truck was over the side north of Little Jones Creek Road.

According to a CHP press release, the Mazda truck was traveling northbound on U.S. 199, drifted to the right, ran off the road and hit a tree.