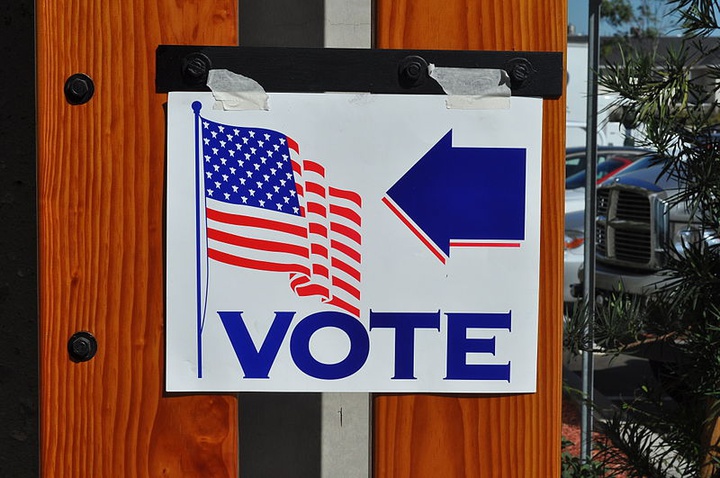 Del Norters living in Districts 1, 2 and 5 will have a full roster of candidates to choose from in the March 3, 2020 primary.

“She’s filed her signatures in lieu and her declaration and paid her filing fee,” Northrup said. “And all those have been accepted by the secretary of state.”

Candidates for county supervisor, state assembly and United States Congress have until 5 p.m. Dec. 6 to turn their declaration to seek public office to the Del Norte County elections office and file their signatures in lieu or pay their filing fees, Northrup said.

The filing period is extended if an incumbent in a specific race chooses not to seek re-election, Northrup said. In the county supervisor races up for grabs, only the current District 1 representative, Roger Gitlin, has yet to file his election paperwork, Northrup told the Outpost.

The candidates for District 1, most of which falls within the Crescent City limits, include John Pritchett, of Bicoastal Media, and former City Councilor Darrin Short. Northrup said both candidates have completed their paperwork.

In District 2, which includes parts of Crescent City along Pebble Beach Drive to Point St. George, incumbent Lori Cowan has filed her election paperwork. She is being challenged by Valerie Starkey, Harbor Commissioner Jim Ramsey and Michael Ekkart, store manager at Dollar Tree, according to Northrup.

District 5 incumbent Bob Berkowitz, who represents the southern part of Del Norte County, including Klamath, has already announced his intention to seek re-election. Kevin Hendrick, chair of the local Democratic party, has filed his election papers for District 5, Northrup said, but hasn’t submitted all of his paperwork yet.

In a news release Monday, Berkowitz said he hopes to bring more innovative ideas to the county.

At the national level, the only candidate for the U.S. House of Representatives to have submitted his paperwork so far is Redway resident Dale Mensing, Northrup said. Mensing has run against incumbent Jared Huffman in previous elections. Northrup said Huffman’s candidacy is still pending.

Cowan, Starky and Ekkart say they are seeking to either retain or take over the District 2 seat on the Del Norte County Board of Supervisors out of a desire to help their community.

“I’m doing this because I love my job and so many wonderful things are happening,” Cowan told the Outpost. “I’ve been blessed to be part of that and I want to continue to see if other things come to fruition.”

Ekkart moved to Del Norte from Medford in 2002. He said he lived in Klamath, which reminded him of where he grew up in Santa Cruz.

Ekkart said he decided to run because he felt he couldn’t complain about the state of the county without trying to do something about it.

“I mentioned it to someone and that someone said that I needed to run,” he said.

Starkey, who grew up in Del Norte County before moving to Sonoma for school, said she worked in the Sonoma County Probation Department for about 30 years before returning home to be closer to family.

When she came back to Del Norte County, Starkey said, she became a volunteer for Court Appointed Special Advocates, or CASA, and have been involved in local fundraising efforts.

“I spent a lot of time promoting local businesses and I just said, ‘You know what, I want to be as involved as possible,’” Starkey told the Outpost. “Because I have this experience and this education, I feel like I can apply that and be a benefit to Del Norte County.”

Short, who served on the Crescent City Planning Commission before being a Councilor, said he enjoyed that and wanted to continue it by serving on the District 1 seat. When he was on the City Council, Short said he wanted to make sure the city is as business-friendly as possible. This is a desire he hopes to bring to the Del Norte County Board of Supervisors.

“I want to work to ensure the economy is good and business owners are encouraged to open our businesses here,” he said.

Short also mentioned the ongoing work to re-route U.S. 101 around the slide at Last Chance Grade south of Crescent City.  He said though the project is long-term, it’s important to make sure the county’s relationships with other agencies and stakeholders involved with the project stays strong so the bypass is accomplished.

Svolos, Hendrick, Ramsey and Pritchett could not be reached for comment Thursday.

Though the filing period isn’t even over for the March 3 primary, there are a few things voters should be prepared for. As the election approaches, Northrup said, her office will reach out to “no party preference voters,” letting them know that they must request an American Independent, Green Party or Democratic Party ballot to vote for those candidates. No-party preference voters wanting to cast a ballot for a Republican candidate must register to vote Republican, Northrup told the Outpost.

“They’re supposed to register 15 days before Election Day,” Northrup told the Outpost. “But California now has conditional voter registration, which is different than provisional. It allows you to re-register right up to Election Day to vote conditional ballot.”

A conditional ballot allows someone’s vote to count if they haven’t voted elsewhere, Northrup said. She said her office will have access to a statewide database to make sure voters don’t cast a ballot more than once.

For more information about the March 3 primary in Del Norte County, click here.