Youngsters Pitch In To Craft Canoes For Yurok Tribe's Tours » 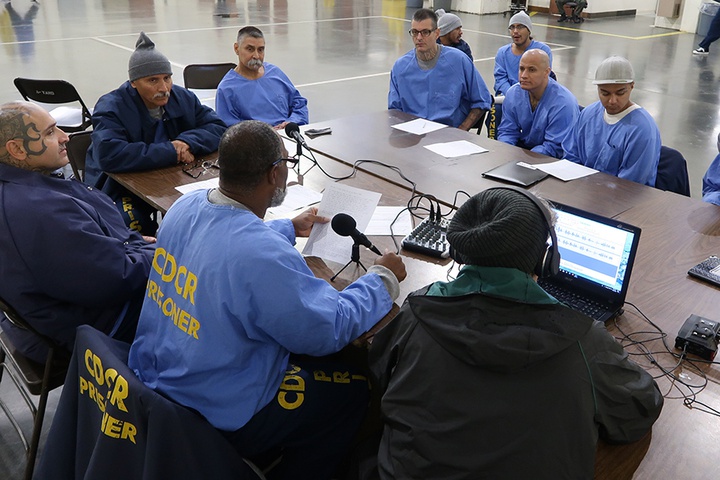 “These guys just want to better themselves and create a stronger, more resilient, community.”

For Paul Critz seeing the intro to Pelican Bay UNLOCKED go live is a milestone in one of the “single most important” projects in his career. His role is to teach his students how to use a portable recorder, laptop computer and a hand-held microphone and show them how to put together a narrative.

But, he said, he feels deeply honored to chronicle life behind the barbed wire after The Awakening — the change that has been occurring inside California prisons since the 2013 hunger strikes and lawsuits. With more of a stress on rehabilitation, Critz says, the inmates have hope.

“We have a quote and I love it,” Critz told the Wild Rivers Outpost on Tuesday. “‘The real awakening is hope because they’re able to think about a future,’ maybe getting out — certainly even with people who’ll never get out.”

Critz is best known to Del Norters as the operator of Crescent City’s community radio station, KFUG. He has also created freelance tourism videos for Trees of Mystery and other organizations. He has experience in freelance journalism and radio going back to high school.

Early in 2019, the William James Association, which has worked with the Del Norte Association for Cultural Awareness to bring the Arts in Corrections program to Pelican Bay asked DNACA’s then-executive director Stephanie Wenning if she knew of anyone who could produce a podcast, Critz said. Wenning approached him.

The William James Association has been working with the California Department of Corrections and Rehabilitation and the California Arts Council to bring classes in art, creative writing, guitar and drama to Pelican Bay State Prison and other correctional facilities in California.

The difference between San Quentin and Pelican Bay, is while the Bay Area facility is a lower level security prison, Critz said.
Critz said he works with 15 Level IV inmates, one set in Pelican Bay’s A Yard and another in the prison’s B Yard. When he started his job, Critz said the facility’s staff created a list of potential students. CDCR was “pretty loose” with the content, however the prison’s Public Information Officer John Silviera told him not to “bash the institution,” Critz said. 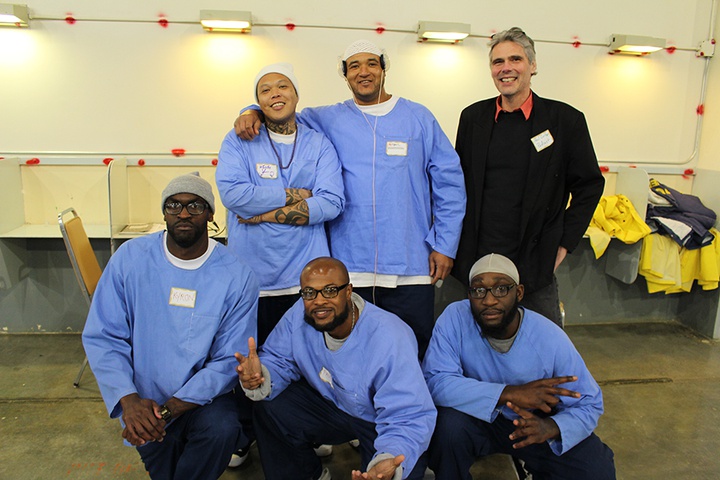 Though he created a curriculum based on the William James Association’s guidelines, Critz said his first two students had a story idea almost immediately. They wanted to talk about The Awakening and the changes that have been happening at Pelican Bay and other prisons as a result, Critz said.

The Awakening stems from a state Supreme Court decision in 2015. That decision shut down Pelican Bay’s Security Housing Unit, or SHU, Critz said, and helped resurrect many rehabilitative programs in the Department of Corrections. He noted that much of the change came after a series of hunger strikes that began at Pelican Bay in 2013.

Soon after that first session, Critz said he had two full classes. He and his students would sit around and hold a discussion on a variety of topics. In July he began recording and in October, Critz said he realized he had enough content for more than one podcast.

“It took two months to find the music, put it together, edit it, get it OK-ed, build a website, all of that,” Critz told the Outpost. “The topic for the next podcast is so big it’s going to be a two-parter — it may be a three- or four-parter.”

So far, the first episode of Pelican Bay Unlocked has generated a smattering of reviews, mostly positive. But, Critz said, one that stands out comes from the daughter one of his students, who is serving time for murder.

“She said ‘I love listening to this podcast,’” Critz told the Outpost. “‘It makes me happy to know my dad is doing something positive with his life. I can’t wait to hear more.’”

“Of all the reasons to do something like this, getting that back … that felt good to me because I had no idea what it would mean to whoever her father was,” Critz continued. “The fact that somebody out there maybe learned something different or new about someone they love that they don’t have regular access to ‘cause he’s doing 80 years-to-life at Pelican Bay… that made me happy to help facilitate that human connection.”

So far, Critz said, feedback like that is the most tangible benefit that’s come from Pelican Bay Unlocked.

The next episode will be based on interviews he and his students have done with inmates who were part of the hunger strikes and will focus on the story of how the environment inside the prison’s barbed wire has changed in the past roughly four years, Critz said.
Critz said he hopes Pelican Bay UNLOCKED will serve as a reminder for Del Norte County residents that there’s a few thousand men in their community who, though locked away, are part of the community.

Though they want to field questions about the outside world, Critz said one way Pelican Bay UNLOCKED differs from Ear Hustle is that his students want to share themselves with Del Norte County and Crescent City, primarily the correctional officers that work at the prison.

“They’re Del Norters too, and they’re very interested in hearing from the community,” Critz said. “They want interaction. They want to humanize themselves.”