« Sheriff's Office Releases Name of Crescent City Man Who Barricaded Himself Inside a Trailer This Morning, Threatened to Cause a Gas Explosion 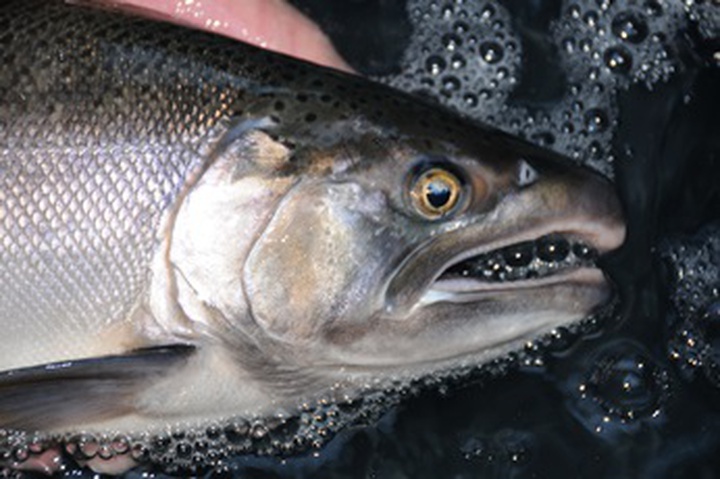 Fisheries advocates and the Yurok Tribe filed a complaint Thursday against the U.S. Bureau of Reclamation and the National Marine Fisheries Service in response to a management decision they say led to an outbreak of a disease lethal to Klamath River salmon.

Along with the complaint, the tribe and the Pacific Coast Federation of Fishermen’s Associations issued a 60-day notice that it was intending to sue the two federal agencies, said Glen Spain, the PCFFA’s northwest regional director.

The complaint and the lawsuit is in response to a biological opinion for endangered coho salmon that was implemented April 1, Spain said. This management decision made a water release that had been part of a previous court order no longer available, he said. It also “locked in” an allocation to irrigators on April 1, which Spain said was too early to “know how much water you have.”

“We wound up with an extreme disease period and we didn’t have the ability to do anything about it,” he said, adding that the modeling and the science in the new biological opinion is flawed.

“The end result exposes salmon in the lower river to an unusual amount of disease, based on  the order of 56 percent. Under the National Marine Fishery Service recovery plan, you shouldn’t allow a 10 percent infection rate. The agency is actually failing to follow their own guidelines.”

In an April 2, 2019 press release, the Bureau of Reclamation announced that it had issued a finding of no significant impact to its modified water management approach for the Klamath Project, which delivers irrigation water to roughly 230,000 acres in Southern Oregon and Northern California.

The biological opinions analyze the effects of the Klamath Project on the Lost River and shortnose suckers as well as coho salmon, both of which are threatened, according to the reclamation bureau’s press release.

“NMFS and (the U.S. Fish and Wildlife Service) concluded that Reclamation’s modified operations plan for the Klamath Project is not likely to jeopardize the continued existence of federally listed species or result in the destruction or adverse modification of their designated habitat,” the Bureau of Reclamation stated.

However, according to the Yurok Tribe, the biological opinion had river flows for salmon “at or near drought minima” in May when the Upper Klamath Lake was within an inch of flooding. At the same time Ceratonova shasta (C. shasta) was infecting this year’s juvenile salmon, according to a tribal press release Wednesday.

“We had no other choice but to take the Bureau to court because the Klamath BiOp is killing the river,” Yurok Tribal Chairman Joseph L. James said in a written statement. “The Klamath salmon stocks are currently in an extremely fragile state as the fish population is only just now starting to rebound from previous disease outbreaks.”

The tribe and PCFFA are represented by the environmental law firm Earthjustice, according to the tribe’s news release.

According to FishPathogens.net, C. shasta is a microscopic parasite that causes hemorrhaging and necrosis of the intestine in salmon.

According to Spain, though the biological opinion is for endangered coho salmon, it also affects Klamath River fall run chinook and southern resident orcas, which feed on the fish once they reach the ocean.

The original biological opinion, set to run through 2022, was invalidated by U.S. District Court Judge William H. Orrick, who sent it back to NMFS for revisions in a prior injunction, Spain said. The tribe and PCFFA are now challenging those revisions, he said.

“The judge can order the agency to release water at certain times (of the year),” Spain said, adding that that’s what the injunction ordered the Bureau of Reclamation and NMFS to do. “The agencies ignored the judge’s prior order. I suspect it will go back to the same judge and I don’t think he’s going to take that kindly.”

According to Spain, the current proliferation of C. shasta comes at a time when Klamath River salmon are recovering from a previous outbreak that occurred about three years ago.

During droughts in 2014 and 2015, C. shasta infection rates among juvenile fish reached 84 and 91 percent, according to the tribe’s press release. This led to some of the lowest salmon returns on record in 2016 and 2017, prompting the Yurok Tribe to cancel its commercial fishery for three years in a row as well as its subsistence fishery.

Spain said the entire West Coast salmon fishery is managed according to its weakest stock, which is typically the Klamath River stock.

“We can wind up with major closures all the way from Monterey to the California-Oregon border and even north if the stocks on the Klamath are not improved,” he said. “And that causes hundreds of millions of dollars in losses.”