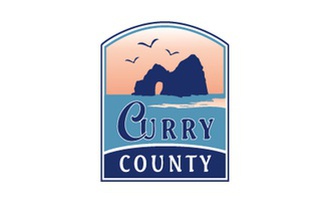 Ted Fitzgerald brought his review of the county’s vehicle replacement plan to the Board after raising concerns in November about plans to auction off a 2019 Dodge Ram Quad Cab that only had 16,000 miles on it.

On Wednesday, after watching the auction for that pickup truck and another for an older Pontiac, Fitzgerald said a picture odometer reading on the Pontiac didn’t match what was in the description at the auction “by a large factor.” He said he was also concerned that county employees were bidding on those vehicles.

“They consulted me first and they said, ‘Is it legal to bid on these vehicles?’ And I couldn’t find anywhere that it’s not legal,” Fitzgerald told commissioners, adding that he didn’t know how to stop the auction. “It’s not illegal, but…”

Fitzgerald, who said he’d have a more in-depth report on Jan. 18, argued for more oversight and better communication between county departments. The Dodge pickup, for example, could have been repurposed instead of sold since its mileage was low, he said.

The county’s in a situation where there are no policies in a given department for procurement or people are “moving in the direction they think will benefit everyone but they’re wrong,” he said.

Fitzgerald added that after speaking with various department representatives, error could have been avoided if there was more communication.

According to Curry County Clerk Reneé Kolen, whose impending retirement was celebrated Wednesday, if a vehicle, a piece of equipment or furniture went through the surplus process, it would be put up for auction and employees would have the same opportunity to purchase them as a citizen did.

Back then, former roadmaster Dan Crumley would handle the auctions for the county, Kolen said.

“Things we didn’t want anymore, we would send down to the Road Department, he would hold a sale and then we as the employees would have the same access to purchasing it as a citizen did,” she told commissioners, adding that practice also included vehicles.

Though neither the Dodge Ram nor the Pontiac were purchased by a county employee, Fitzgerald said there’s been situations where a staff member would come before the Board of Commissioners, recommend specific vehicles “that were not out of their useful life” be put up for auction and then they would bid on them.

“We can say that a county employee should have the same rights (as a citizen), but we could also say a county employee should be ethically barred from participating in a situation that is an obvious conflict,” he said. “I’ve been around a lot of public entities that have a lot of stuff and I’ve been around a lot of people, and I love people, but I know a certain percentage of them take an opportunity to benefit themselves. Since we are representing the public why not take the extra step and say, ‘If you don’t feel like signing up for that, you don’t need to work here.’”

For Brad Alcorn, Curry County’s newest commissioner, hearing that the odometer reading on the Pontiac didn’t match what was stated at the auction and that county employees were bidding on those cars was a “huge red flag.”

Alcorn’s colleague, Court Boice, called the issue “beyond a red flag” and said he was completely unaware of county employees bidding on vehicles the county had surplussed.

On Nov. 16, the Board of Commissioners granted a $26,000 loan request from the Vehicle Replacement Fund to replace the Dodge Ram for Veterans Services Officer Anthony Voudy because there was a precedent for it.