Brookings' Capella By The Sea Needs Volunteers During Light Show » 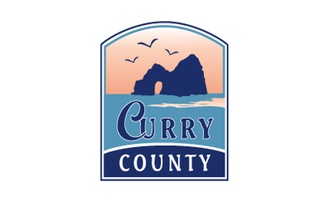 A $26,000 loan request to replace a 2019 Dodge Ram Quad Cab had Curry County’s attorney and two commissioners questioning the optics of the Road Department’s practice of flipping vehicles bought at government rates and auctioning them to the public at a profit.

Roadmaster Richard Christensen made the request to the Board of Commissioners on behalf of Veterans Service Officer Anthony Voudy on Wednesday.

Voudy uses the vehicle to transport veterans to medical appointments and to the hospital. He said the plan when the county bought the Quad Cab was to auction it in two to three years “so it would cost the county less. We would get a big return.”

Christensen proposed the Board of Commissioners approve the $26,000 loan from the Vehicle Replacement Fund. Voudy would use $12,000 in federal dollars his department receives annually to pay back that loan. The $25,000-27,000 the county receives from selling the 2019 Quad Cab would go toward the loan repayment as well, Christensen said.

“And if, say, we get less — say we get $24,000. The following year (Voudy) will put $1,000 in federal funds back in and repay the Vehicle Replacement Fund,” Christensen told commissioners. “So there’s really no cost to the county. It’s all federal money and it helps us maintain a more cost effective fleet.”

Even though the county purchased the vehicle at a government rate, it can put it up for auction at a public rate, Christensen said. The new vehicle, 2023 Ram Crew Cab, will be $37,626.

According to Christensen, that price is about $10,000 less than the best price the public would pay at the dealership. This means the county would get “$10,000 equity” once the Crew Cab arrives, Christensen said. The Veterans Services Department can also save the $12,000 in federal dollars it receives toward the purchase of a new vehicle in the future.

“When we go to flip that vehicle in the future, he won’t have to pay any money because the equity would build up in his account for vehicle replacement,” Christensen told commissioners.

The new vehicle would also get a $2,400 body wrap that Voudy said would be used to advertise the services his department offers.

Curry County Commissioner Chris Paasch said he understood that the county’s intention is to flip their vehicles just before the warranty expires is to give the potential buyer assurance that they were well maintained and low in mileage. But, he said, with a shortage in computer chips expected to end soon, car prices will likely change.

Paasch, who said he has a dealer’s license, used his own truck as an example, saying that it has depreciated by about $9,000 in 60 days. The new Ram Crew Cab the county plans to buy may sell for a lot less than its current $37,000 price tag, Paasch said.

“You may not get the prices you’re hoping for,” he told Christensen. “You’re going to be buying on the high end and if you don’t get them sold in time there will be a big gap there.”

Paasch also said the practice of borrowing money from different county funds to buy vehicles at a “great cut rate” and then selling them at a profit could be seen as the county “becoming its own dealership.”

“You couldn’t have bought them without borrowing the money, so you bought them and now you’re selling them a couple years later and hopefully you make a profit on them,” he said. “I don’t know what the laws are on that.”

Ted Fitzgerald, Curry County’s interim legal counsel, said he wanted to do more research into the legalities. Generally cars are bad investments, he said, and there’s a possibility that the county could get burned because “everybody does.”

Fitzgerald also pointed out that Curry County has long been underfunded, but its Road Reserve Fund has a “bunch of money” that is often allocated to other departments. He pointed out that the public may not know that the Veterans Service Department has $12,000 in federal dollars annually to put toward vehicle replacement.

“I’m not a PR guy, but as a voter, if I see brand new vehicles driving around and people are trying to get a tax levy passed, it doesn’t make me want to vote for it until I know more,” Fitzgerald said. “As we do move forward, all the agencies, the sub-departments, do need to be working together so we’re deciding what the message we want to get that the voter needs to get. But I really think that should be driven by the Commission.”

Christensen said all county vehicles are purchased and maintained through the Roads Department. The General Vehicle Service Fund was established to provide an in-house financing opportunity for vehicle replacement, he said.

Christensen argued that the county’s practice of selling existing vehicles at auction once they’re beginning to depreciate has been ongoing for about four years. It saves the county the cost of replacing transmissions, brakes and other parts since the new vehicle will still be under a factory warranty.

Christensen also spoke to the Road Reserve fund, saying that demands on it to balance the county budget are getting more extreme and he feels the need to defend it.

Fitzgerald took issue with that remark, saying that it’s the county’s responsibility to protect those public dollars and Christensen being clear about what his department’s costs are and making sure people can see that is the way to “get the message across”

“I think that needs to be spread across every other department and it’s going to take a little bit of time,” Fitzgerald said. “You got to just do your job. I got to do my job and they got to do their job.”

"They" was the Board of Commissioners.

In the end, commissioners granted Christensen’s request for the $26,000 loan to purchase Voudy a new vehicle because there was a precedent for it.

Paasch said it was important for the public to understand that the truck is used for taking veterans to hospital and doctors appointments both inside and outside of the county.