« Though Army Corps Rep Says It'll Work With City, Councilors Call For Public Engagement Ahead of Fencing Off Jetty

Yurok Tribe To Use $7.9 Million Grant for Youth Center » 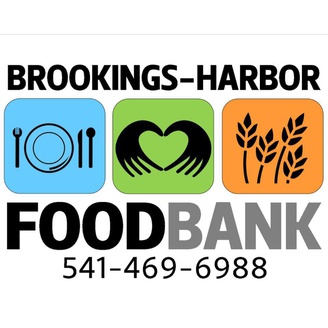 The administrative director of Brookings-Harbor Community Helpers Inc., the second largest food pantry in Coos and Curry counties, introduced the Curry County Board of Commissioners to ALICE — Asset, Limited, Income, Constrained, Employed — which accounts for about 33 percent of the county’s workforce as of 2018. An updated ALICE report is expected to come out this year, she said.

“This money will go for fresh food for our Senior Fresh Food Project. It’ll go for our family boxes, which we currently give 3-5 days of food to families once a month — that’s not very much,” she said, adding that 45 percent of Curry County seniors fall under the ALICE criteria. “Our food bank needs to have our county, especially our commissioners, behind us to help our families in need. We’re not talking about people that are in federal poverty. We’re talking about your workforce. Those are the ones that are going to be coming March 1. We’re going to be inundated with families in need, and we already are.”

February is the final month Oregonians receiving help through the Supplemental Nutrition Assistance Program (SNAP) will get extra emergency food benefits. In March, SNAP recipients will only receive their regular benefits, the Oregon Department of Human Services announced Jan. 10.

Because the 2023 federal spending bill ended funding for the emergency allotments it had approved every month since April 2020, Oregon is no longer able to issue emergency food benefits after February, ODHS stated.

According to Winebarger, this means that a family of three could see their monthly SNAP benefits drop from $536 to anywhere between $70 and $120.

“Look at the price of food now,” she told the Outpost on Thursday. “We’ll be overwhelmed with people who haven’t been here for awhile — I would say 120 days or more.”

Brookings-Harbor Community Helpers asked commissioners for $128,000 in American Rescue Plan Act dollars last year so it could buy food. The organization only received $60,000, she said, but things weren’t as bad.

On Wednesday, Winebarger told commissioners that the $250,000 CDBG grant will build up infrastructure for SCFS to get food to the 42 pantries it serves in Coos and Curry counties. Brookings-Harbor Community Helpers operates the second largest food bank in the region, however due to the landslide on U.S. 101 south of Port Orford, it only gets one shipment of food from SCFS per week. There are typically two food deliveries, Winebarger said.

Winebarger estimated that she and her staff purchase about half of the food they distribute to the community. This includes buying from local supermarkets such as Fred Meyer, Grocery Outlet and McKay’s Market as well as venturing to Walmart in Crescent City or combing Amazon for the snack items in their Youth Packs.

Another option would be for SCFS to administer the grant, Fitzgerald said. After reading the sub-recipient application SCFS submitted, Fitzgerald indicated SCFS might be interested in administering the grant themselves since $25,000 “would convert into 17,500 pounds of food for people in need.”

Fitzgerald said he was also concerned that because of the slide on U.S. 101 south of Port Orford, SCFS was unable to deliver food to the Brookings-Harbor food bank as well as the overall decrease in food deliveries from two shipments to one per week.

Commissioner John Herzog told Weinbarger that it didn’t make sense for SCFS not to send its second largest shipment of food to Brookings-Harbor Community Helpers Inc. since it’s the second largest food bank in the region.

“The logistics of where you’re at on Oregon 101 shouldn’t matter,” he said.

Commissioner Court Boice called for a workshop to determine whether Sequoia Consulting, SCFS or the county should administer the grant.

However, Fitzgerald advised commissioners to accept the CDBG grant and ask SCFS if it’s interested in administering the grant and if it isn’t to have the county act as the grant administrator.

Fitzgerald said it may be more appropriate to hold a workshop to discuss SCFS’s food distribution challenges.

“When all of a sudden you hear that she’s having to go to Fred Meyer and, we’re lucky to have Fred Meyer, but that’s an expensive way to buy food that you’re giving away,” Fitzgerald said. “There are a couple places you could go that’s more expensive, but it’s really hard to find them.”

Winebarger said the clients her organization works with, particularly the seniors, rely on the fresh fruits and vegetables they place in their boxes. Brookings-Harbor Community Helpers is adamant about giving out a well-rounded box so families can make balanced meals, she said.

She added that there are a myriad of ways the community can help their friends and neighbors get the food they need to stay healthy, whether it’s holding a food drive, picking up an extra bag of groceries and dropping it off, planting an extra row of vegetables or donating money.

“We have creative ways people can give to us,” she said. “And they can give online. They donate directly online and it goes right into our account.”