Yurok Tribal Court Will Use Grant to Hire MMIP Investigator 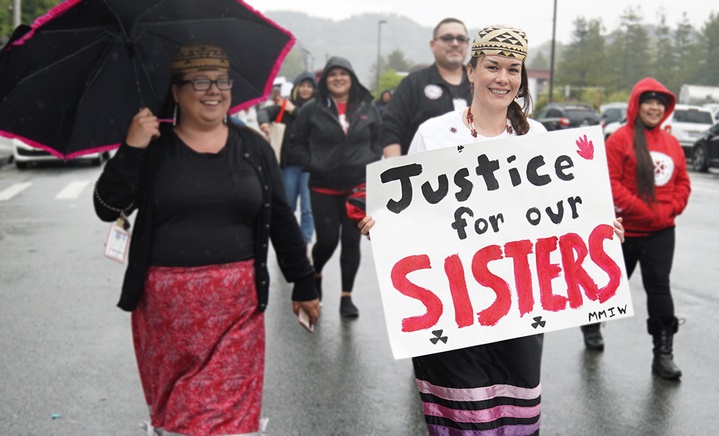 KLAMATH, California (January 12, 2023) The Yurok Tribal Court received a $350,000 grant from the San Manuel Band of Mission Indians to support an ongoing initiative to bring justice to Missing and Murdered Indigenous People (MMIP) and their families.

“On behalf of the Yurok Tribe, I would like to sincerely thank San Manuel for investing in our effort to end the MMIP crisis in Northern California,” said Joseph L. James, the Chairman of the Yurok Tribe. “The investigator and ancillary resources will significantly increase our capacity to address existing and future MMIP cases.”

“There is an urgent need to hire a permanent investigator, who is solely focused on MMIP,” said Yurok Tribal Court Director Jessica Carter. “The Yurok Reservation is in a rural, economically disadvantaged area, where there are extremely limited resources for the investigation of current MMIP cases, not to mention those that have gone unsolved for long periods of time. We are hoping to fill this critical position as soon as possible.”

The grant provides resources to establish a database to analyze patterns in missing persons cases and identify potential perpetrators. Also, a portion of the San Manuel award will be invested billboard space to raise awareness about specific cases.

San Manuel Band of Mission Indians Tribal Youth and MMIP advocate Raven Casas says the Tribe remains dedicated to the MMIP issue, which the group of youth advocates will continue to support. “Countless lives have been lost at the hands of those who do not value Native lives. We are encouraged that the Yurok Tribe is continuing the path towards justice for MMIP victims.”

The new Tribal Court investigator will be housed within the Yurok Tribe’s Office of the Tribal Prosecutor. The investigator, in coordination with the tribal prosecutor, will lend support to and supplement efforts of local law enforcement.

“This grant could not have come at a better time. We are extremely grateful for the assistance from the San Manuel Band of Mission Indians,” said Tribal Prosecutor Rosemary Deck. “These funds will strengthen our ability to hold perpetrators accountable and bring closure to the families of MMIP victims and survivors.”

The need for a specialized MMIP investigator in Northern California stems from multiple factors. The first is Public Law 280. The antiquated law applies in only 16 states, including California, and gives states jurisdiction on tribal lands. However, PL 280 states do not receive additional funding for law enforcement to cover larger areas. Also, tribes in PL 280 states receive far fewer dollars for criminal justice and public safety. This problem is compounded in Northern California, where law enforcement is chronically underfunded. Additionally, the Bureau of Indian Affairs employs only one special investigator for all of California.

In December of 2021, the Yurok Tribal Council declared an emergency due to a series of MMIP cases, including the disappearance of Emmilee Risling, who was last seen on the Yurok Reservation. The declaration mobilized a multidisciplinary team, comprised of the Yurok Tribal Court, Tribal Police, Office of the Tribal Prosecutor, Yurok OES, and Yurok Health and Human Services, to address the many aspects of this complex crisis.

Since the declaration, the Tribe has increased its capacity to confront certain elements of the issue. The Tribe established the Office of the Tribal Prosecutor to improve outcomes in MMIP, domestic violence and related cases. A justice policy lead was hired to work on legislative solutions to fix longstanding systemic barriers that prevent tribes from resolving certain elements of the crisis. For example, tribal justice systems do not have access to the California Law Enforcement Telecommunications System (CLETS). Unable to use CLETS, tribal police and courts cannot review or input court orders, such as orders of protection. However, California Assembly Member James C. Ramos recently introduced a bill to grant tribal police departments access to CLETS. If passed, the Yurok Tribe-supported bill will also allow tribal police to maintain peace office status in California.

Tribes across California and throughout the US are experiencing MMIP crises. In 2020, the most recent year for which data is available, 9,575 Native Americans were reported missing, according to the FBI’s the National Crime Information Center. The Golden State has the fifth highest number of MMIP cases in the US. In California, most cases occur in the northern half of the state, in rural areas between San Francisco and the California/Oregon border

Earlier this fall, the Yurok Tribe hosted the first-ever tribally led statewide policy summit on MMIP, which brought together nearly 300 tribal leaders, law enforcement officials and judicial experts as well as state and federal lawmakers, academic researchers and victim advocates from every corner of the state to identify solutions to stop the crisis. Since the landmark summit, tribal leaders have been meeting on monthly basis to determine the best approach to the MMIP crisis.

On February 7, 2023, the Yurok Tribe is putting on an MMIP Day of Action at the California Capitol. The purpose of the event is to unite tribal and state government efforts to resolve
the crisis.