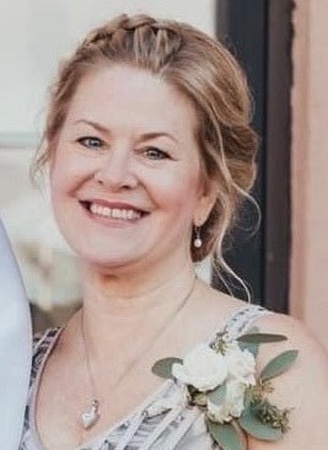 Kelly Schellong will return to the Crescent City Council, filling the vacant seat Beau Smith left behind in November.

Schellong, Bicoastal Media’s sales manager, will be sworn in Jan. 17 and will serve through the November 2024 general election. Though they ultimately favored Schellong’s experience, Councilors applauded all three candidates’ willingness to put themselves forward and urged applicants Steve Shamblin and Raymond Walp to stay involved.

“We have needs,” Mayor Pro Tem Blake Inscore said. “We have needs with our Measure S committee and we don’t have enough applicants for the positions. Clearly this is a very important place that evaluates and holds us all accountable for all of that public funding, so there’s opportunities for the two that aren’t selected.”

During an interview Tuesday, Schellong used her previous City Council experience and her most recent stint as chair of the Measure S Oversight Committee to convince her would-be colleagues that she was the best candidate.

As an elected official from 2006 to 2014, Schellong said she was part of the Council that oversaw the building of a new wastewater treatment plant — a contentious, but much-needed project, she said. She said she also has experience with contentious colleagues, but it’s important to listen to residents, ask good questions and do your homework.

“I”d like to be a team member, work with city staff and the City Council on making the best decisions and prioritizing the goals and strategies that need to be accomplished for the city,” Schellong said. “I’ve always felt like it’s an honor to sit at the dais and that you do as much homework as you can and take other people’s ideas and opinions into consideration, but always speak from your heart and vote the way you feel best represents the city as a whole.”

All three candidates stated Crescent City’s greatest strengths are its beauty, the people who live there and the employees.
Crescent City’s pool and parks are also a major asset, Schellong said, as is the 1 percent sales tax city voters approved in 2020.

“Back in years past, you really had to work hard to prioritize the budget that you had and now the Council has the ability to have a little bit of that pressure taken off so you can fund the parks and the pool and other things the city needs to do outside of what Measure S is allocated to,” Schellong said.

Crescent City Mayor Isaiah Wright also asked about each candidate’s vision for economic development, what challenges the city faces as well as where they think it’ll be in 20 years.

“Our resident’s health is part of economic development,” she said. “You need to have a healthy community. For businesses, it’s meeting all those demands and the increased cost of goods and services and transportation to our community and being able to just sometimes keep the doors open, especially during the COVID crisis we just went through.”

Smith resigned from the Crescent City Council on Nov. 17. The Council chose to appoint a replacement rather than go to a special election due to the roughly $40,000 cost to the city.