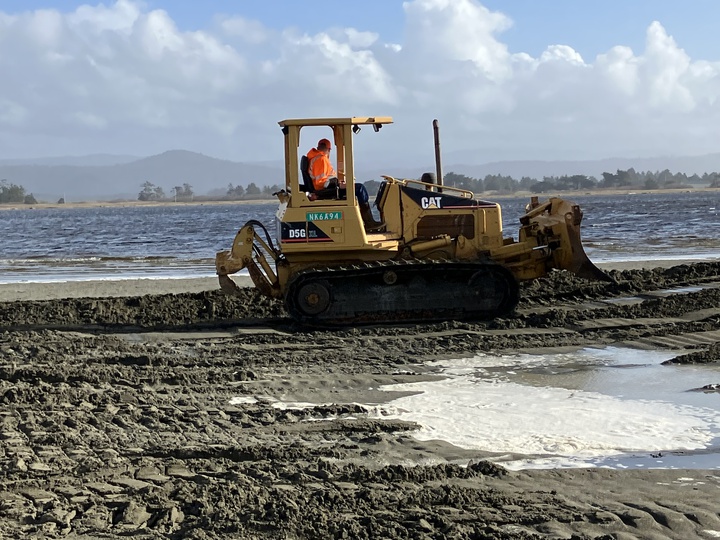 Robert Krivanek uses a doser to cut a trough through the sand bar at Lake Earl. | Courtesy of Heidi Kunstal

Water levels at Lake Earl dropped to 6.24 feet as of Tuesday morning after the Del Norte County Roads Division breached it on Monday afternoon.

The lagoon had reached a maximum height of 9.84 feet in the middle of the night Monday, Community Development Director Heidi Kunstal told the Outpost. There was flooding on Kellogg Road and within the Pacific Shores subdivision, she said.

When Road Maintenance Worker Robert Krivanek breached the lagoon at about 2:15 p.m. Monday, water levels were at 9.75 feet, Kunstal told the Outpost. She noted that the wind also made lagoon levels fluctuate.

There were also a lot of lone trees in people’s yards that fell into the roads, Mello said. 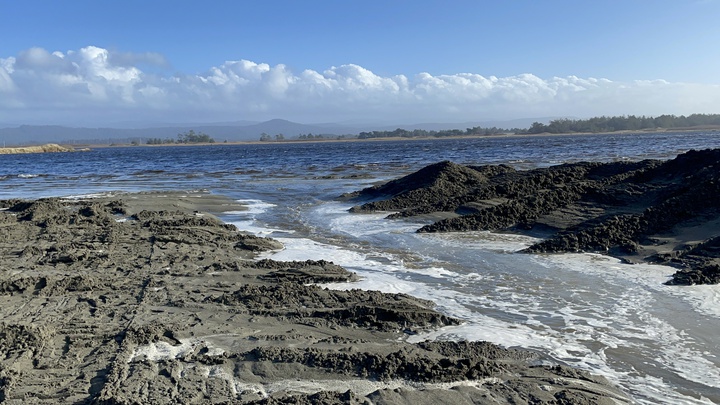 Lagoon waters receded to about 6.24 feet at about 7:30 a.m. Tuesday, according to the National Weather Service. | Courtesy Heidi Kunstal