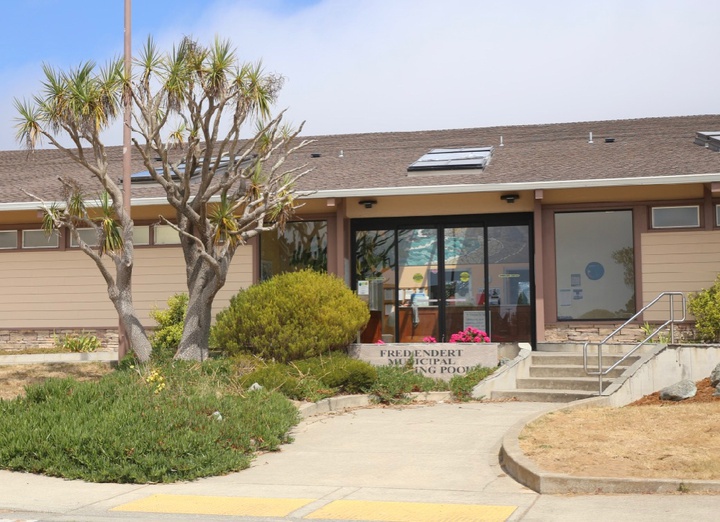 At the city manager’s request, Councilors also approved a budget amendment, adding $100,000 to the overall amount allocated to the project to account for contingency and construction management costs. According to Wier, the city had approximately $1.19 million budgeted for the project, while Johnson Controls proposed completing it for about $1.14 million, leaving roughly $47,000 left over for contingency costs.

The City Council’s decision on Tuesday came after it chose to hold off on a project to replace the city’s aging water meters with ones that could be read remotely. Johnson Controls was negotiating contracts with city staff for both projects, but the cost for the water meter project was about $4 million more than initially anticipated.

Councilors in August directed staff to develop a contract Johnson Controls, an Irish company with offices in Medford, that’s within the city’s budget and sets clear parameters for the pool project.

Johnson Controls, which had conducted an energy efficiency audit for the city in 2021, was initially expected to do both the water meters and the pool but agreed to work on the one project, according to Wier.

The project at the swimming pool consists of installing new higher-efficiency boilers, new spa pumps, a new heat exchanger and a new dehumidification system, according to Wier. The new boilers will replace ones that were installed 2008 while the dehumidifiers will address moisture concerns at the building.

The walls at the facility sweat, Wier said. And — while he couldn’t say for sure if rusty nails led to the closure of the pool earlier in the year when pieces of the ceiling fell into the water — the moisture “did not help that situation,” he said.

Johnson Controls is expected to finish the project design by December, but will not be able to order materials and equipment until November. There’s also a six-month wait expected for those materials, which means construction at the pool won’t be underway until May 2023, Wier said.

Measure S tax revenue and American Rescue Plan Act dollars are paying for the pool project, according to Wier.

“With a project like this, especially a commercial project, it’s important to have on-site construction management making sure the job is done how we want it done,” Wier said.

Later in the meeting, Councilors approved a contract with SHN Consulting Engineers, of Coos Bay, to provide construction management and planning services until the city can hire Olson’s replacement.

During the Council’s deliberations, Councilor Raymond Altman asked if the city could find out how many “actual Crescent City citizens use this pool, the most expensive pool on the planet.”

“I feel like we have a $40 million mansion we have to pour money into all the time,” he said. “Is it 22 citizens? How many people are using this thing from our community?”

Meanwhile, resident Robert Derego asked the city what it wants to get out of the pool, pointing out that the initial project Johnson Controls was expected to do at the facility was one that would reduce its energy costs.

Another resident, former county supervisor Roger Gitlin, said the pool’s users should bear some responsibility and proposed a surcharge. He reminded Councilors that a repeal of Measure S, the city’s 1 percent sales tax, will be on the Nov. 8 ballot.

“I would like everyone who’s on the Council to be cognizant of the fact that we may go deeper into this problem than anticipated,” Gitlin said. “Users of the pool should perhaps pay a higher fee to use the pool, especially during this construction period.”

According to Scott Krebs, Johnson Controls regional operations manager, most of the project will be performed within the boiler room though there will be some work done in the building’s attic.

Referring to comments made by Gitlin about “unexpected consequences once you open up the walls,” Krebs said the project won’t be performed within the walls.

City Councilor Blake Inscore took issue with Gitlin’s suggestion of a surcharge and Altman’s question about how many Crescent City residents use the pool. Inscore pointed to the Del Norte Healthcare District’s recent decision to sponsor recreational swim sessions and swim passes for low-income seniors in addition to their ongoing sponsorship of swim lessons.

“But that’s not because the Fred Endert Pool is mismanaged; it is the nature of the beast when it comes to pools,” Inscore said. “We’ve done independent research with other people and cities in the region. It’s just the way it works. They’re very expensive creatures to try to manage.”

Inscore also added that after multiple public meetings, the community strongly supported the pool, from professional people to the most disadvantaged in the community.

“Our pool patrons will never be able to pay for this pool,” he said. “We could not charge them enough and I think the idea of giving them a surcharge and taking away the opportunity to use it for a period of time would send a really, really bad message.”

When it comes to the need for overall project management, the Council on Tuesday approved a $82,000 contract with SHN Engineering.

Councilors also agreed to add about $17,500 to the SHN’s contract for planning services, including presiding over Planning Commission meetings, splitting a total ask of about $35,000 in half. According to Wier, staff will come to the Council in about four months to conduct an analysis of that contract.

Olson said he is working on about 30 open projects currently in addition to other items budgeted for in the current fiscal year.