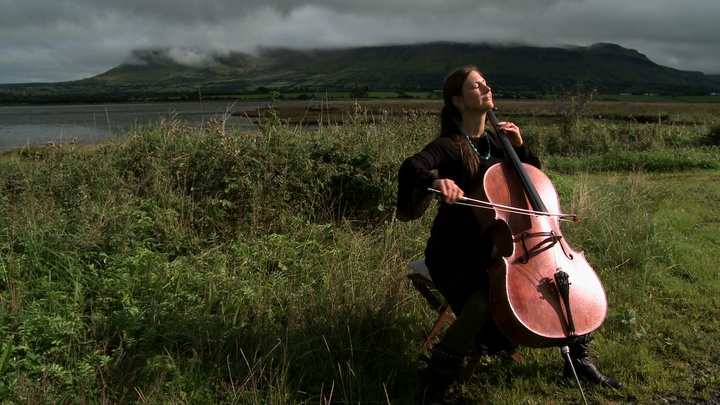 CRESCENT CITY, Calif. – Award-Winning Irish/Australian cellist, composer, and filmmaker Ilse de Ziah will perform a concert on Friday, Sept. 30, at 6:30 pm at the Crescent City United Methodist Church. The church, which is located at 664 “H” street in Crescent City, is an intimate venue with fine acoustics to enjoy a rare concert of Irish- and Celtic-influenced music played by an accomplished cellist with inspiring depth and vivacity.

Concert tickets are $20 and can be purchased at the door or in advance online at: https://crescentcity.eventbrite.ie

"This is the cello as you've never heard it before. Ilse de Ziah takes traditional Irish melodies and gives them a deep and fabulous transformation. Sometimes rock ballad, sometimes irresistibly foot stomping, Ilse's solo show is utterly captivating. Best of all are her own arrangements of the slow Irish airs—love songs and laments—sonorous and aching on her mellow instrument. Ilse's vibrant personality carries you along and transports you to a magically emerald musical landscape.” - Kenneth Wilson (author & cellist, U.K.)

Ms. de Ziah is highly respected for her work developing the solo cello repertoire. She performs and records solo, as well as performing and recording with many rock, pop, jazz and world musicians. She holds first class honors, Masters in Music, from Cork School of Music, is the musical director of Cork Light Orchestra, a member of the exquisite and experimental Quiet Music Ensemble and teaches chamber music at University College Cork.

Ms. de Ziah’s accomplishments include two CDs accompanied by published books: Irish Airs for Solo Cello and Transcendence: Sacred Irish Music for Solo Cello. Her film Living the Tradition, a Journey into Old Irish Airs won three awards, including best documentary in the Erie International Film Festival. Ilse’s third album will be released in 2022, her next music documentary is in pre-production, and she preparing to publish her sixth book of solo cello music.

Take advantage of this wonderful opportunity to enjoy live music at its best!