« Sirens Will Stay Silent For Thursday's Tsunami Evacuation Drill; Exercise is to Prepare For Cascadia Quake 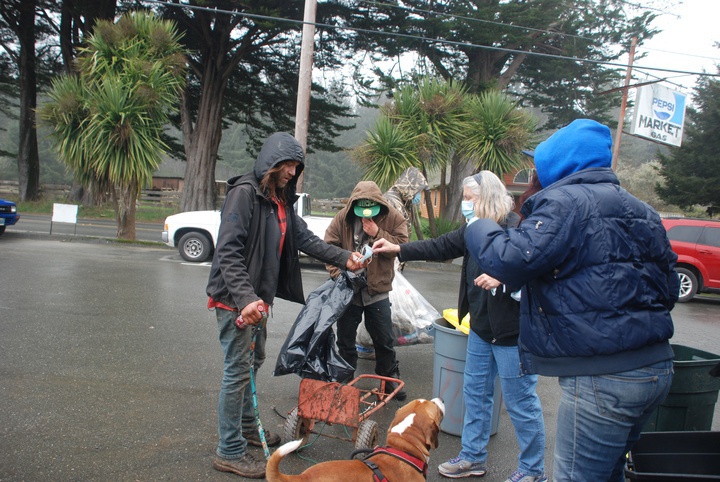 Del Norte County supervisors agreed to include stakeholders, such as Daphne Cortese-Lambert, of Del Norte Mission Possible, in a working group looking looking to address homelessness.

Supervisors on Tuesday also unanimously approved allocating $50,000 in Measure R dollars to the Code Enforcement Division to facilitate the cleanup of homeless encampments within Del Norte County District 5. County Administrative Officer Neal Lopez said allocating those tax dollars to Code Enforcement was “definitely an allowable use” since it’s for cleanup.

On Sept. 13, the Board of Supervisors gave their appointed colleague, Susan Masten, the go-ahead to continue meeting with stakeholders regarding encampment issues within her district.

Masten said she had toured the Ruth Compound, which is often a dumping site, and met with the owners. She said she discussed constituents’ concerns about abandoned vehicles and other debris left in that encampment and the owners said they wanted to get dumpsters into the area.

“My interest is also in that the taxpayers who live next door to this compound have to deal with what’s going on there,” Masten told her colleagues on Sept. 13. “They have to deal with the day-to-day garbage that gets dumped there. Vehicles get left there. The day-to-day of mental patients going by threatening to kill them. No one should have to live under those circumstances.”

According to the county’s staff report on Tuesday, District 2 Supervisor Valerie Starkey had previously listened to constituents’ concerns about the encampments in District 5 while she was helping to fill in for late-supervisor, Bob Berkowitz.

The working group plans to focus on the Ruth Compound as a means of testing its proposed strategy, according to the county’s staff report. The group will explore acquiring all privately-owned lots along rights-of-way that can’t be developed because they’re environmentally sensitive; moving everyone out of those areas; clearing the debris, vehicles and structures; and vacating the rights-of-way pursuant; and then blocking them to vehicular traffic.

“These actions will be led by county counsel and Code Enforcement,” the staff report reads. “It is anticipated that the third prong, development of housing and programs for homeless individuals, will be a concurrent process spearheaded through the Department of Health and Human Services.”

On Tuesday, Cortese-Lambert urged supervisors to get those experiencing homelessness involved in the cleanup. For the past two years, Del Norte Mission Possible partners with the Del Norte Solid Waste Management Authority and those who are homeless to remove 1-5 tons of garbage every week.

“I believe that it’s very important, when we’re talking about cleaning up encampments, that we empower people and use them,” she said. “I have shared often the example of if you go and you clean up a child’s room, that child isn’t going to respect that. But when they have some skin in the game and they’re actually cleaning it up, that’s what makes it powerful. That’s what gives ownership.”

Masten’s plan to clean up the homeless encampments in her district could be a good job for those who are homeless, Cortese-Lambert said.

“If we could pay them for some of the work they do to clean up — not to clean up their mess,” she said, “but some encampments, people just use them as dump sites and I’ve seen that happen it isn’t always the homeless population. I’m looking at jobs, looking at everybody coming together.”

Cortese-Lambert also said she felt it was important that the working group keep track of where those who live in encampments go whey they’re cleaned up.

Other potential stakeholders include the DNSWMA and CalRecycle, according to the county’s staff report.