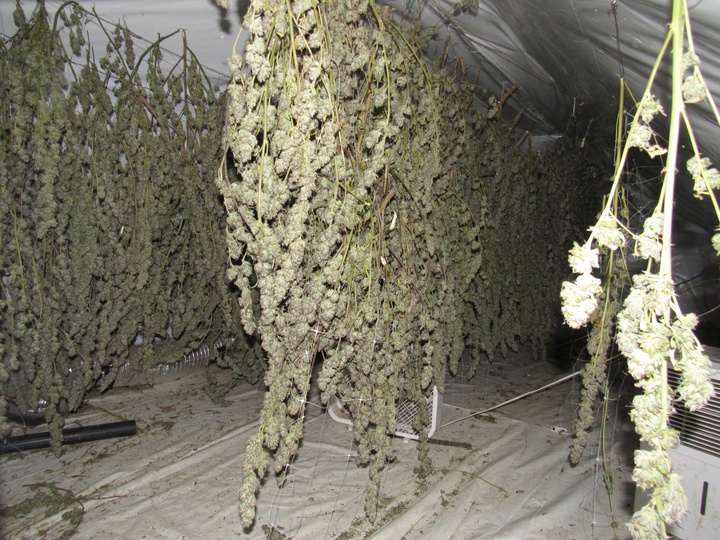 From Oregon State Police on Monday:

James Rossi (30) was arrested and subsequently lodged in the Josephine County jail on the charges of 475C.337 Possession of Marijuana-Persons>=21-Over 8 lbs. usable (Fel C) and 475C.349 Manufacture of Marijuana-Over 12 Plants.

Located and seized at the Holland Loop road property were a firearm, 916 illegal marijuana plants, and approximately 2,000 pounds of dried, processed illegal marijuana products in the form of flower buds, concentrates, and extracts.  Five individuals were detained, identified, interviewed, and later released.

The illegal marijuana seized at both locations was ultimately destroyed. The investigation is ongoing and no further information is available for release.