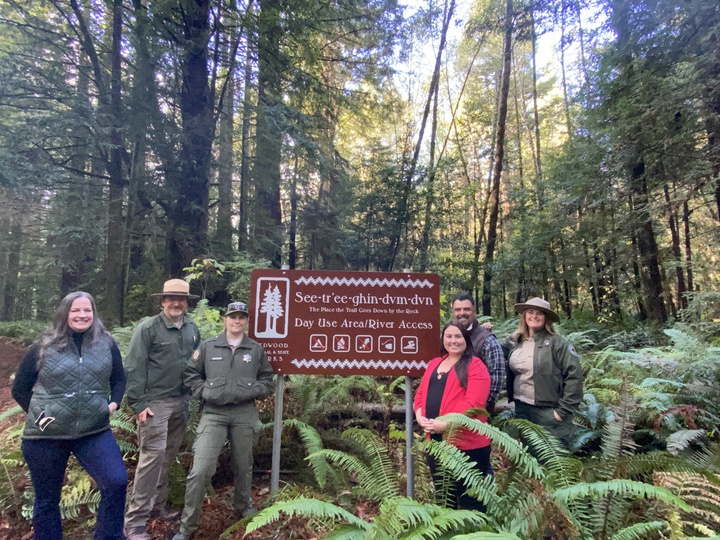 A popular swimming hole in Jedediah Smith Redwoods State Park will no longer be named for the man who took over the Tolowa village that was once there in the 1850s, executed some of the inhabitants and kept their children as indentured servants.

Formerly called Peacock Bar, See-tr’ee-ghin-dvm-dvn — Tolowa for “at the stones where the train descends downward” — is the name of one of three villages that occupied the area that’s now just off State Route 197 alongside the Smith River.

The landscape once held some of the largest redwoods in Del Norte County, former roosting places for California condors, according to a Tolowa Dee-ni’ Nation news release.

The name change is a collaboration between the Tolowa Dee-ni’ Nation and Redwood National and State Parks and comes after California Governor Gavin Newsom established the Truth and Healing Council in 2019 to re-examine the historic relationship between the state and indigenous people, according to the news release. 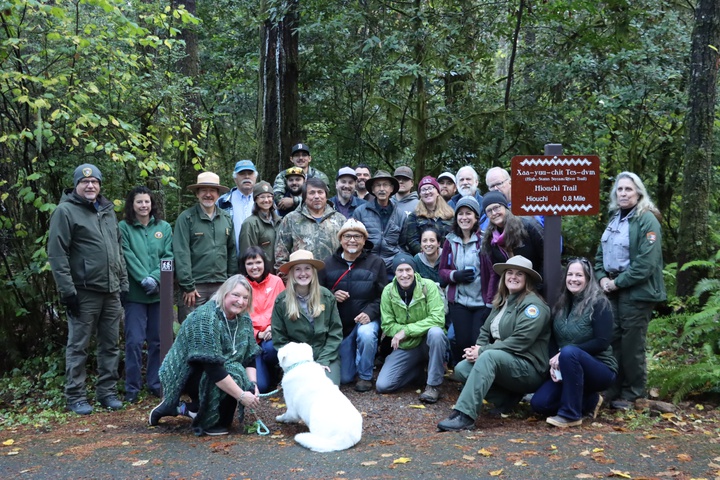 “With support of local organizations such as True North Organizing Network, the Nation and the Parks are installing new signage to acknowledge the original Tolowa name of Peacock Bar,” the Nation’s news release states. “The acknowledgement and use of the original name for the site, See-tr’ee-ghin’dvm’dvn, reflects the first inhabitants, the Tolowa Dee-ni’, and a first step in correcting the historical narrative.”

In another area of Jedediah Smith Redwoods State Park, the Tolowa Dee-ni’ Nation and Redwood National and State Parks announced the completion a new trail, Xaa-yuu-chit Tes-dvm, which translates to “High-Status-Stream/River Trail.”

This one-mile trail begins in the park and ends near the fire station in Hiouchi. It’s pet-, bicycle- and pedestrian-friendly and is easily accessible for folks alongside U.S. 199.