« New Elevated Walkway Through Grove of Titans Opens to the Public 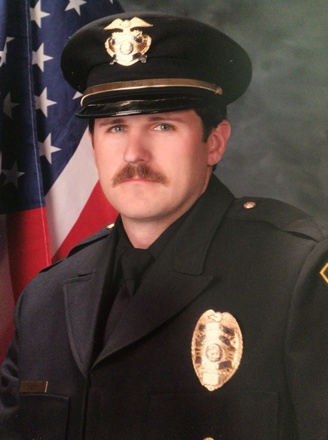 • Is Garrett Scott the Familiar Fresh Face the DNSO Needs to Right its Staffing, Image Problems?

The Del Norte County Board of Supervisors are poised to appoint Garrett Scott as interim sheriff on Tuesday to serve out the remainder of his predecessors term.

Scott is running unopposed for Del Norte County Sheriff in the June 7 primary election. However, following the election, Scott won’t be sworn in as sheriff until his term begins in January, according to District 2 Supervisor Valerie Starkey.

“We don’t have the authority to swear him in,” Starkey told the Outpost on Monday. “We were going to do exactly what we did with Randy Waltz, appoint him pursuant to the government code, which by law we can do.”

Scott is coming into a law enforcement agency that has seen a dramatic change in leadership since Randy Waltz resigned after being charged with voter fraud, election fraud and perjury in March.

Waltz, who pleaded no contest to a reduced misdemeanor charge of election fraud earlier this month, was appointed to the position of sheriff after his predecessor, Erik Apperson, resigned in 2021.
DNSO Lt. Daniel Schneck has been acting sheriff since Waltz resigned in March.

According to Tuesday’s special meeting agenda, Scott’s proposed starting salary will be $4032.59 biweekly, which is Range E-2, Step A on the elected department head salary schedule.