Native Runners Kick Off Annual 340-Mile Klamath Salmon Run This Morning, Bringing Awareness to the Plight of the River »

Waltz Pleads No Contest to One Misdemeanor False Declaration of Candidacy Charge; Perjury, Voter Fraud Charges Against Him Dismissed 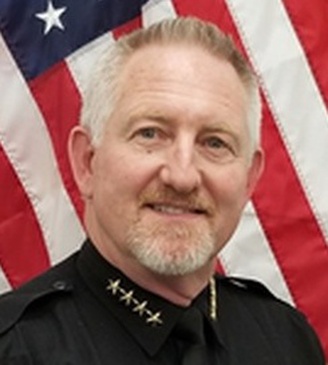 Former sheriff Randy Waltz pleaded no contest Thursday to one misdemeanor count of filing a false declaration of candidacy in his efforts to continue as Del Norte County’s sheriff beyond the 2022 election.

As part of a plea deal, Waltz will pay a $1,000 fine and the charge he pleaded no contest to was reduced from a felony to a misdemeanor. The other two charges against him — felony perjury by declaration and felony false voter registration — were dismissed.

For Waltz, who was appointed as Del Norte County sheriff in September 2021 and had taken out papers in February to participate in the 2022 election, his no contest plea means he can move forward.

“This whole debacle has been pretty devastating both emotionally and financially,” he told the Wild Rivers Outpost. “It’s affected not only me, but my family and my friends and people in the sheriff’s office and community.”

According to Deputy District Attorney Todd Zocchi, Waltz had submitted his declaration for candidacy for Del Norte County sheriff on Feb. 14, 2022. At the time, Waltz had been living in Brookings, Oregon and, though he had secured housing in Del Norte, had not yet moved in, Zocchi told the judge.

District Attorney Katherine Micks filed perjury, voter fraud and election fraud charges against Waltz on March 9, alleging that he had listed a false address in Smith River on his California Voter Registration Form.

According to Micks, Waltz used that address when he declared his candidacy for sheriff on Feb. 14.

On Thursday, Waltz told the Outpost that he had paid to rent his home in Del Norte County in January. But it wasn’t immediately available to move into when he took out his election papers. He said if he was elected sheriff, he probably would have purchased a home in Del Norte.

“I didn’t have clothes hanging in the closet and they want to call that fraud,” he said. “There’s a lot of conjecture about the (DA’s) motivations because their investigation was initiated two days after I drew my papers for candidacy.”

By pleading no contest, Waltz waived his right to a jury trial, according to Goldberg.

Goldberg said the maximum penalty for the charge of filing a false declaration of candidacy includes three years of incarceration and a fine of up to $1,000.

However, Waltz will serve no time in jail and probation has been waived. His attorney, George Mavris, indicated that his client wanted to pay the $1,000 fine “today, now.”

According to Goldberg, the maximum penalties for the other two charges the District Attorney initially filed against Waltz included being incarcerated for up to four years and fined $10,000 for the charge of perjury by declaration.

The second count of filing a false voter registration carries a penalty of imprisonment “for 16 months or two or three years, or in a county jail for not more than one year,” according to California Legislative Information.

On Thursday, Waltz told the Outpost that he had put much of his life on hold to fight the charges against him.

“This was the most expedient way to put the case behind me without additional cost and time away from my life,” he said. “There’s a saying, ‘If you want to make God laugh, make a plan.’ I’ve made a lot of plans and made God laugh.”

The Outpost has reached out to Micks for a comment and will update the story when we hear back.