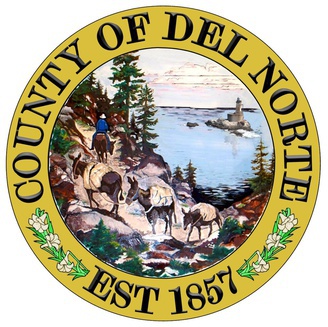 The week after Del Norte County’s most recent — and most comprehensive to-date — homeless count was publicized, supervisors weighed in on a proposed mental health bill they say would be a heavy lift for rural communities.

Pointing out that the survey identified 462 individuals in Del Norte as homeless, the letter states that the community lacks the resources to provide for the needs of those who are suffering with mental illness and substance abuse issues as required by the proposed Community Assistance, Recovery and Empowerment (CARE) Act.

“It’s been very onerous legislation in the sense of penalty and strings attached if counties do not have the ability to implement some of these things — penalties in terms of fines could be levied by the court if we did not take action,” said District 3 Supervisor Chris Howard, who asked county staff to draft a letter regarding SB 1338. “Nobody’s saying this county would not want to take action to support the vision, in this case, of the state legislature and governor’s office. However, the way it’s being approached is a little overreaching especially for rural California and in particular for Del Norte County.”

Under the CARE Act, also known as CARE Court, judges would be able to compel those with serious mental illnesses and substance use disorders into treatment while providing them with supportive housing and wraparound services.

Participants in the program could be those who are involuntarily hospitalized under a 5150 charge; be referred to the CARE Court program through the criminal justice system or at the recommendation of family members, mental health providers or first responders, according to a March 3 CalMatters article. In addition to their clinical team, participants would be offered the services of a public defender and an advocate who could help them make medical decisions.

Unlike a conservatorship, which can be indefinite, participation in the CARE Court system would be limited to at least one year with the possibility of an additional one-year extension, according to CalMatters.

If approved by state lawmakers, all California counties would be required to participate and could face penalties of up to $1,000 per day if they’re unable to provide those services.

According to Howard, CARE Court seeks to provide treatment to those in need of mental health or substance abuse prevention services before they are incarcerated. However, that population could include inmates at county jails who are deemed mentally incompetent to stand trial, he said.

Referring to recent pictures of a Del Norte County jail cell belonging to an inmate who was mentally incompetent to stand trial that had been trashed and smeared with feces, Howard said the community, jail and officers are ill equipped to help those who need services provided through the state mental hospital system.

"We're going to have a very difficult time to find, let alone coming up with the dollars, to support and provide those types of services," he told the Outpost.

In its letter to Umberg and Eggman, Del Norte County staff outline challenges in recruiting and retaining clinical staff that would be required to work with the population the CARE Court proposal is targeting.

“The Del Norte County Department of Health and Human Services currently has six allocations for licensed clinicians,” the letter states. “Over the past two years, the department has had a turnover rate exceeding 30 percent for these licensed clinician positions and recruitments take an average of four months to fill a vacancy. Presently, the licensed clinician allocations are 50 percent vacant. Similarly, in the County Behavioral Health Branch, there are 10 vacancies representing a 23 percent vacancy rate and the department faces similar challenges with turnover.”

The county’s letter also points out that Del Norte currently contracts with four public defenders whose ability to provide “normal public defense services” would be encumbered due to the requirement to offer additional assistance to individuals referred to CARE Court.

And though there are five private defense attorneys who operate locally with regularity, “augmenting public defender services in order to accommodate the additional demand from the CARE Courts is unlikely given the lack of interest understood from those attorneys.”

Del Norte County’s letter also brings up the lack of available housing, including the challenge to find facilities that can provide assistance to conserved individuals, those who struggle with homelessness and those who had been in a short-term involuntary hospital stay.

Del Norte’s letter cites a limited number of transitional housing beds and the necessity of relying on hotel rooms to meet the need for more transitional housing. The Department of Health and Human Services currently provides temporary non-congregate shelter for nine individuals in motel rooms through Project RoomKey. Ten more are on a waiting list for rooms currently.

“Housing becomes a priority when clients are served in specialty courts (proven in our experience with Drug Court, Integrated Treatment Court, Veterans Court and the diversion program),” DHHS Director Ranell Brown told the Wild Rivers Outpost.  “Without housing programs to support individuals in CARE Court, we would be at a major disadvantage.”

The county’s letter, referencing the 462 homeless individuals surveyed in the Point-in-Time count, points out that an “unhoused individual is less likely to be successful in mental health or substance use disorder treatment.”

On Tuesday, Assistant County Administrative Officer Randy Hooper said he, County Counsel Joel Campbell-Blair and even the public defender’s office wanted the letter to be as specific as possible.

Hooper said the county focused on specifics such as housing because they didn’t think it would be fair for penalties to exist in situations the county doesn’t have control over. He mentioned housing specifically, stating that the county isn’t in the business of creating housing.

However, Hooper added that mental health reforms are needed and has been a “huge issue affecting every corner of the state.”

“We didn’t want this to be a letter of opposition,” Hooper told supervisors. “We all understand it is needed and very much has legs. It will likely be signed by the governor after it gets through the legislature.”

Though she voted to approve the county’s letter, District 5 Supervisor Susan Masten asked if staff provided language to the county’s lobbyist at the state level of what they’d like to see in the bill.

Howard said he sent a copy of the county’s letter to the California State Association of Counties Executive Director Graham Knaus.

According to Del Norte County’s letter, CSAC and the Rural Counties Representatives of California are advocating for the CARE Courts program to be an opt-in pilot project so it could be “phased-in in a thoughtful, transparent and incremental manner.”

According to Open States, SB 1338 was referred to the California Assembly’s health and judiciary committees on June 2.