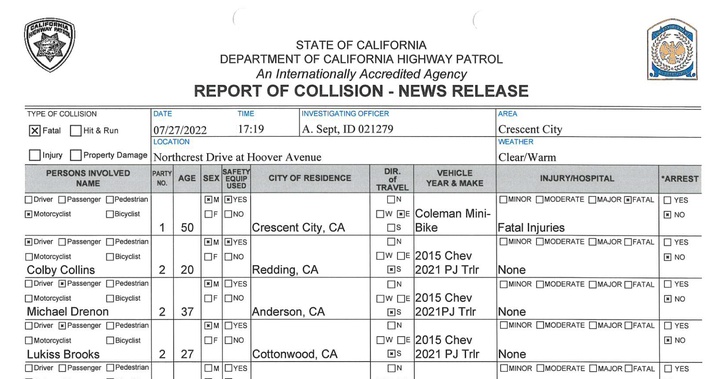 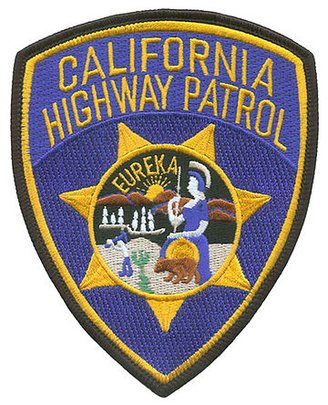 A 50-year-old Crescent City man was killed after his Coleman mini-bike collided with a 2015 Chevrolet Silverado towing a trailer near Northcrest Drive and Hoover Avenue at about 5:19 p.m. Wednesday, according to the California Highway Patrol.

The deceased’s name is Robert Thiessen, according to Del Norte County resident and KCRE personality, Rene Shanle-Hutzell, who said she knows his mother.

The collision is still under investigation, according to the CHP.

The driver of the Silverado, 20-year-old Colby Collins, of Redding, was traveling south on Northcrest Drive and was unable to avoid Thiessen, who rode his mini-bike east across the road near the Hoover Avenue intersection. The two collided and Thiessen was transported to Sutter Coast Hospital where he was pronounced deceased, according to the CHP.