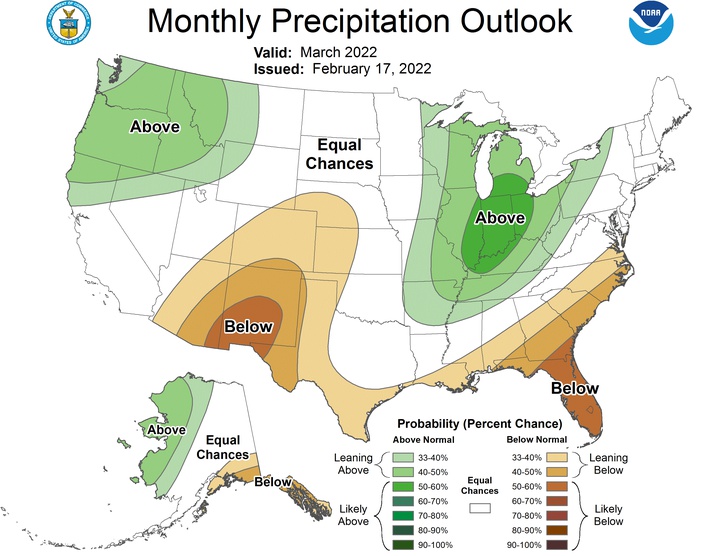 Hydrologist Kathleen Zontos with Eureka’s National Weather Service Office told the Outpost that the 30-day March forecast shows a 50 to 60 percent chance of above-normal rainfall for the California's North Coast and fore the entire state of Oregon.

“The average rainfall for the month of March in Eureka is 5.75 inches,” Zontos said. “The climate Prediction Center March forecast is essentially saying there’s a chance we could observe more than 5.75 inches.” 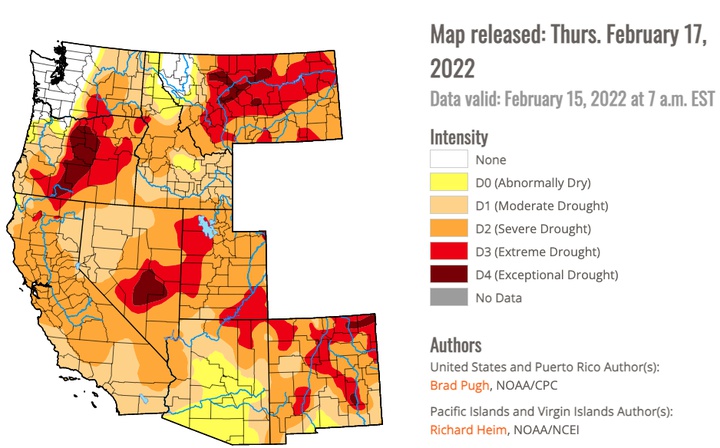 The wet weather is good news for the drought-stricken Pacific Northwest. Despite ample December snowfall, the region is currently in various stages of drought, according to the U.S. Drought Monitor. Much of Del Norte County is observing abnormally dry weather. Meanwhile, eastern portions of Del Norte and nearly all of Curry County is in a state of moderate drought. 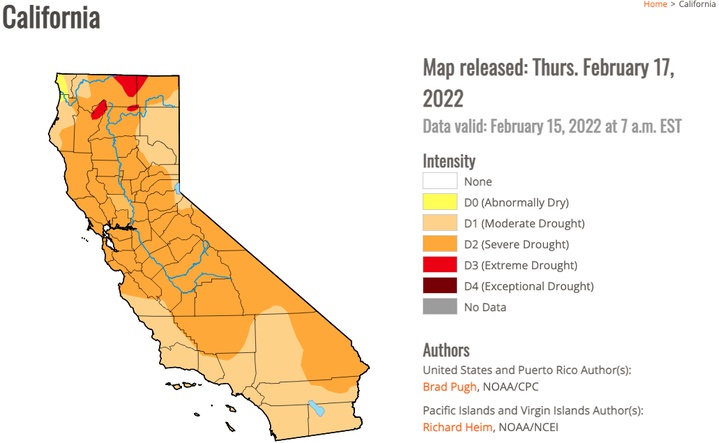 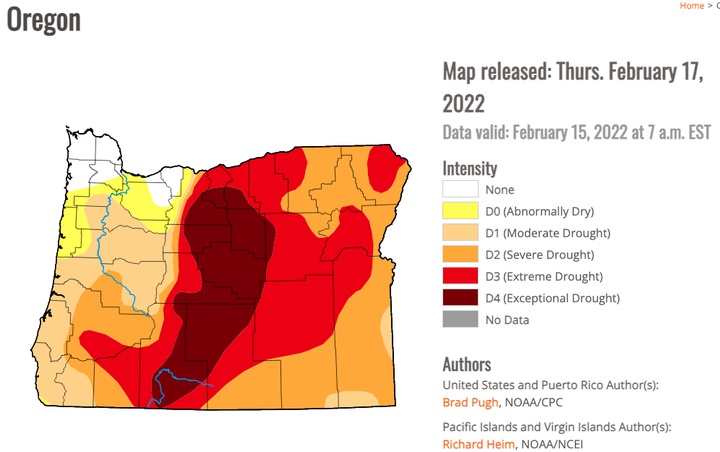 Without the forecasted rain, California could see the driest three years on record — similar to the five-year drought that ended in 2016. However, the latest weather predictions offer hope that this year’s drought will be less severe for areas of Northern California and Southern Oregon.

“Any remaining potential rains will help with the drought status, but it wont totally remove it,” Zontos said.

The region also has a 33 to 40 percent chance of below normal temperatures for March. The colder temperatures are in line with the current La Niña weather pattern, which the Climate Prediction Center anticipates has a 77 percent chance of persisting into May. The weather pattern reportedly has a 56% chance of shifting back to ENSO neutral conditions (weather not associated with La Niña or El Niño) in the summer months. 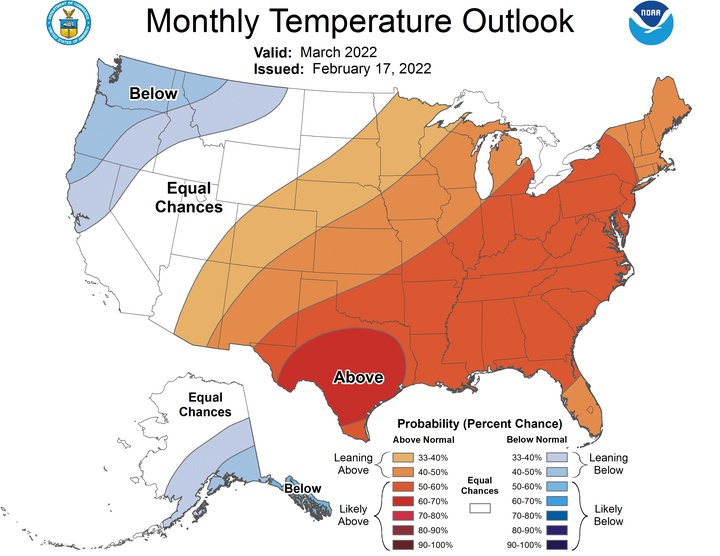