(VIDEO) Simulation Shows How Tonga Tsunami Spread Across the Pacific

A simulation of wave propagation in the Pacific caused by the Tonga eruption. | NOAA

The National Oceanic and Atmospheric Administration has released a simulation of last month’s tsunami that triggered warnings in Humboldt County and around the Pacific.

“This is the tsunami movement away from the [volcano] on Jan. 15,” Garner said of the simulation. 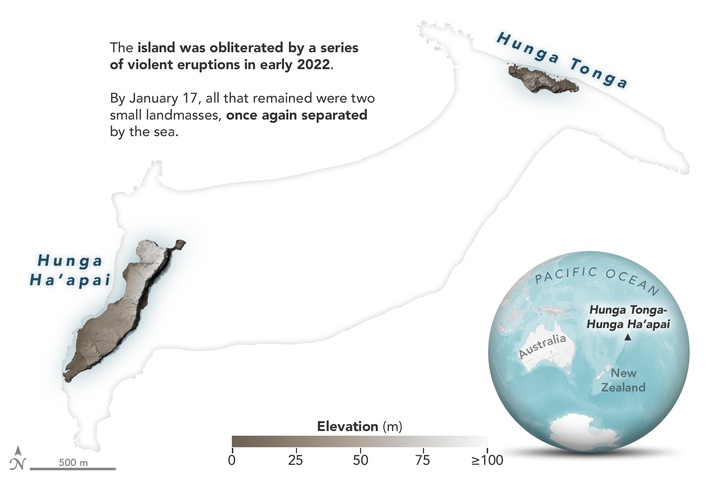 While NASA’s Earth Observatory reported that the eruption was hundreds of times more powerful than the Hiroshima bomb, few deaths have been reported as a result of the blast and ensuing tsunami.

The eruption seen from space. | NASA

“This is a preliminary estimate, but we think the amount of energy released by the eruption was equivalent to somewhere between 4 to 18 megatons of TNT,” said Jim Garvin, Chief Scientist of NASA’s Goddard Space Flight Center. “ 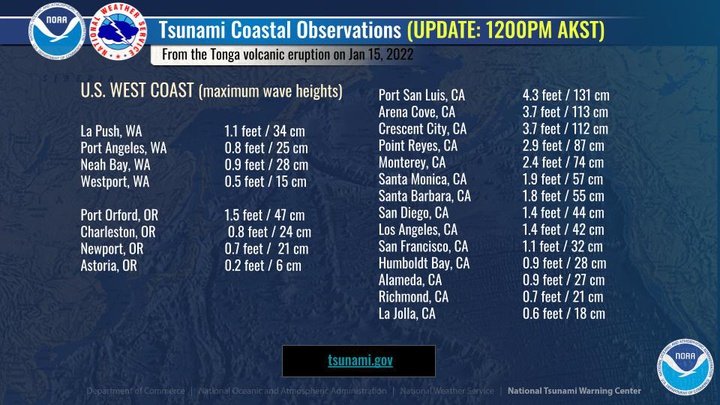 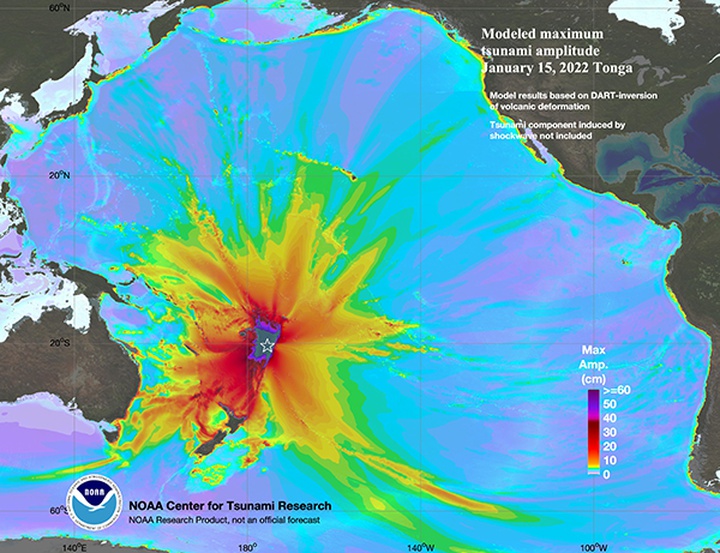 The elevation or "maximum amplitude" a floating object would have experienced due to the Jan. 15 tsunami. | Graphic by NOAA