CASA to Use $25,000 Donation For Volunteer Recruitment, Bridge Gap In Funding » 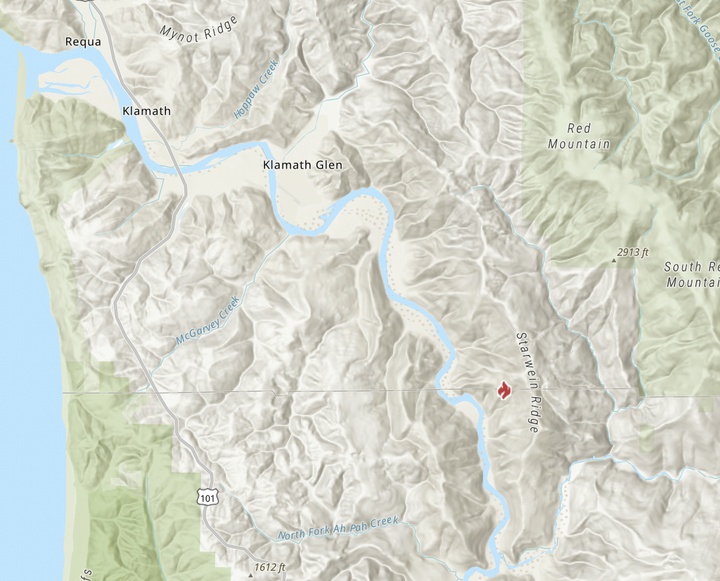 The McCovey Fire has burned about 17 acres southeast of Klamath, according to CalFire.

Calfire crews are responding to a new fire start at the border of Del Norte and Humboldt counties southeast of Klamath.

In an email Monday, Del Norte Office of Emergency Services stated that the fire is partially within Del Norte County's borders. The location is remote with steep terrain and few access roads.