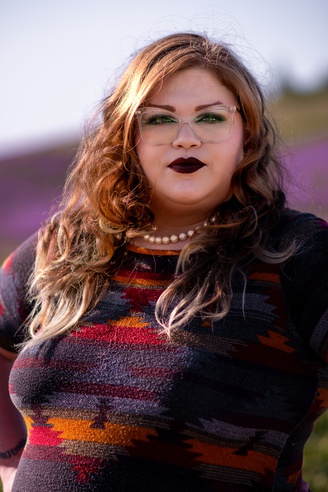 The Yurok Tribal Court released its final Missing and Murdered Indigenous People report on Friday, stating its goal is to help guide tribes, law enforcement and members of the justice system in responding to new and existing cases.

From a Yurok Tribe press release:

Published today, the Yurok Tribal Court’s To ‘See Skuy ‘Soo Ney-Wo-Chek’ (I will see you again in a good way) Project’s third and final report on Missing and Murdered Indigenous People (MMIP) contains the first ever roadmap to guide tribal, state and federal agencies’ response to new and existing MMIP cases.

“The purpose of the third report was to lay a concrete, comprehensive and culturally relevant foundation from which to confront the ongoing crisis of Missing and Murdered Indigenous People in California. I believe we have achieved this objective,” said Yurok Tribal Court Director Jessica Carter. “I would like to thank the multidisciplinary team of indigenous scholars who created this invaluable resource, which will serve tribal communities for many years to come.”

Informed by local law enforcement, a distinguished detective from Missoula, Montana (another area where MMIP cases are prevalent) and the National Indigenous Women’s Resource Center, as well as recent missing persons cases, traditional cultural knowledge keepers and many other sources, the Tribal Community Response Plan (TCRP) prescribes a set of actions for agencies to employe starting at the moment someone is reported missing and/or foul play is suspected and throughout the duration of a long-term missing person or homicide case.

The Plan provides strategies to protect vulnerable individuals. It also outlines how and where local community members should make such reports.

“The Year 3 report offers a blueprint and tools for tribes to coordinate with law enforcement and justice system partners on the development of customized community response plans that meet their unique needs and circumstances,” George said. “Similar to my fellow co-authors, I know first hand the challenges that ensue when a beloved friend or family member goes missing. When we were writing the report, my dear friend Emmilee Risling went missing, which was/is indescribably devastating. Featured heavily in the report, Emilee’s case illuminates an urgent need for additional mental health and law enforcement resources in our rural area.”

The authors of the Year 3 report developed significant sections of the detailed response protocol based on the disappearance of Emmilee Rising and a recent, local abduction.

Emmilee was last seen on the Yurok Reservation in October of 2021. The Yurok and Hoopa Valley Tribes and their respective police departments, as well as the Humboldt County Sheriff’s Office and concerned community members have worked tirelessly to find Emmilee. Despite extensive search efforts, including a week-long deployment of 10 cadaver dogs, no signs of her have been uncovered. In her early 20s, the Hula woman graduated college and entered adulthood with all the promise in the world. A few years after she moved home to work for her Tribe, Emmilee’s life trajectory spiraled as a result of serious mental health issues and substance abuse.

The second case referenced in the report involved a minor, who was located and returned to her family with assistance from the Yurok Tribal Court. Due to the individual’s tender age, further details cannot be shared.

In addition to the adaptable response procedures, the report also proposes a series of policy changes to remove systemic barriers that prevent California’s 110 federally-recognized tribes from mounting a full response to MMIP and limit tribal governments’ capacity to keep their people safe. For example, tribal police currently do not have the same authority as state law enforcement even though they are equally qualified and Peace Officer Standards and Training (POST) certified.

The Yurok Tribe is working on state legislation to address this long-standing injustice. Humboldt County Sheriff William Honsal is in favor of the much-needed legislative solution and is seeking support from the California State Sheriff’s Association.

“They should have that same authority. I’m really hoping that this year, this happens and I’ve been making a lot of progress with the State Sheriffs Association. We have lots of sheriffs that are onboard with this law… I’m really optimistic that if this actually gets written, there will be a support at the state sheriffs’ level,” Sheriff Honsal stated in the Year 3 report.

Additionally, tribal justice systems are prevented from participation in the California Law Enforcement Telecommunications System (CLETS). With access to CLETS, tribal courts and police would be able to enter and verify missing persons cases. Tribal Courts could input protective orders for all law enforcement to see, which is particularly pertinent when it comes to restraining orders related to domestic violence.

The Yurok Tribe is working on a policy change that would allow all California Tribes to access this vital public safety tool. The third-year report also recommends the creation of a statewide alert system to notify police and the public when native people go missing or endangered.

In May of 2022, Yurok Chairman Joseph L. James and Dr. Blythe George advocated for the alert system at a California Assembly Select Committee on Native American Affairs hearing titled “California’s Response to the Crisis of Missing and Murdered Indigenous People.”

“We strongly encourage the legislature to swiftly pass this important bill,” said Chairman James.“The time for action is now. We cannot stand idle while so many Native people are missing and so many families are suffering.”

Meaningful progress is occurring in other areas too. In California,Governor Gavin Newsom’s proposed budget there is a $15 million allocation for the Yurok Tribal Court to build a culturally centered Wellness Center.

Highlighted as a major part of the solution in the Year 3 report, a center like this would significantly increase the Tribe’s capacity to proactively assistat-risk individuals like Emmilee Risling before it’s too late. If funded, the center will offer holistic mental health and drug treatment services.

“I would love to see the tribe actually have its own detox center, so instead of bringing somebody to jail, who's under the influence, unable to care for themselves, we bring them to a detox facility. Using (Risling) as an example, I had her ready to go. If we have detox, if we have temporary beds, mental health at the ready, we can actually then walk her across the hall to the mental health side, put her in a bed, start that treatment, start that trauma-informed care to deal with the trauma, addiction and/or alcoholism. And thenwe don't have to wait. We can take a proactive, immediate response to help our own people,” stated Greg O’Rourke, the Chief of the Yurok Tribal Police Department and Yurok citizen in the third report.

California Tribes are unifying efforts to address MMIP. In July, Yurok Chairman James convened a meeting with 10 Tribal Chairpersons and more than two dozen Tribal Council Members representing Tribes from every corner of the state to discuss a collective response to the MMIP crisis. The Tribes are now meeting ona regular basis and will soon announce the plans to acton specific provisions in the Year 3 report.

In the second report, the authors also identified five new areas for analysis, including: foster care and violence against youth, mental health impacts, intergenerational trauma, culturally informed ideas of justice and healing, and family and survivor centered justice and healing.