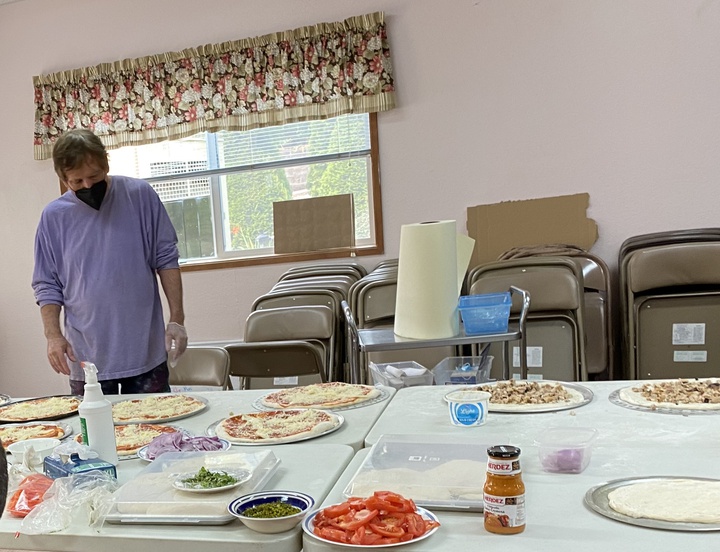 Correction: A quote in this article by Commisioner Anthony Bond was originally and inaccurately attributed to Commisioner Skip Watwood. The Outpost regrets this error.

The City of Brookings will soon decide whether or not to limit the number of days local churches can serve prepared meals to the needy — a strategy the city's planning commission believes could reduce the number of homeless people in residential areas.

On Tuesday, the Brookings Planning Commission voted 3-2 to recommend that city council members revise the Brookings municipal land development code to add a definition for “benevolent meal services.” The change in code would also require organizations offering these meal services, churches or otherwise, to obtain conditional use permits, which would limit the operation hours of these meal services to three hours a day, twice a week.

“The whole point behind this is to have a prepared meal for people every day,” Lindley told the commission. “We’re talking about folks that do not have the ability to prepare their own meals. They live in a car, or they live in the bushes somewhere. They don’t have a refrigerator, they don’t have a stove. Even if they go in to get food from the food bank, they can’t prepare it, they can’t store it in any way.” 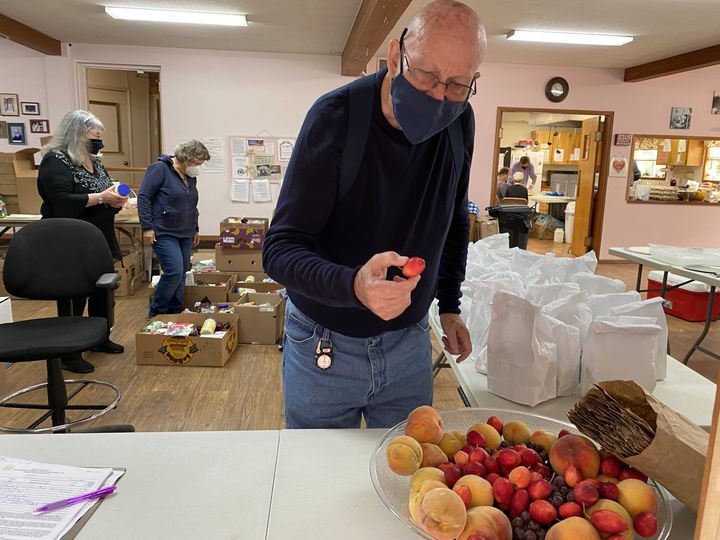 Lindley told the Outpost that St. Timothy's began serving meals to the needy twice a week, 12 years ago. Since then, Star of the Sea Catholic Church, Brookings Presbyterian, Trinity Lutheran and Smith River United Methodist have joined to serve as the primary members of the Community Kitchen Ministry, offering food at their various kitchens throughout the week. However, during the pandemic, many of the churches stopped offering meals. As a result, St. Timothy’s picked up the slack and began serving food from their property at 401 Fir Street six days a week.

On average, St. Timothy's provides meals and showers for 40 to 70 people a day. The volume of people congregating outside the church to use these services, has recently attracted attention from concerned community members.

In June, a petition signed by 18 residents living in the Azalea Park area near St. Timothy's titled “Petition to Remove the Homeless From St. Timothy Church” was presented to the Brookings City Council at a workshop meeting.

“This petition will be submitted to the City of Brookings with the purpose to reconsider allowing vagarants to continue to live and congregate at St. Timothy’s Church with no supervision for matters concerning public safety and the personal expenses of the homeowners living next to the church,” the petition read. “In the past six months alone, vagrants have caused significant problems in the community, including but not limited to, criminal trespassing, theft harassment, possession of drugs, littering, disorderly conduct, physical altercation and even child neglect. These types of hostile individuals should not be allowed to camp in a community for concerns of safety and the wellbeing of other citizens.”

A portion of the petition. | City of Brookings

During the meeting, the City of Brookings discussed the increased number of service calls that the Brookings Police Department has received at St. Timothy’s in recent years. According to the workshop report, BPD received 154 calls for service at St. Timothy’s in 2020 — a noticeable spike compared to the eight calls for service BPD received at the church in 2010.

The Brookings City Council also discussed the fact that the Oregon Health authority classifies all churches serving meals as restaurants. This prompted St. Timothy’s to go through the proper channels to become a licensed kitchen.

Following the church’s restaurant licensing process, the Brookings Planning Commission discussed at Tuesday’s meeting that the city’s municipal code does not permit restaurants to operate within residential districts, and suggested that a conditional use permit would be a solution to this problem.

“For a municipality to tell a church they can't feed homeless people, to say it's illegal, that’s pretty inflammatory,” Lindley said. 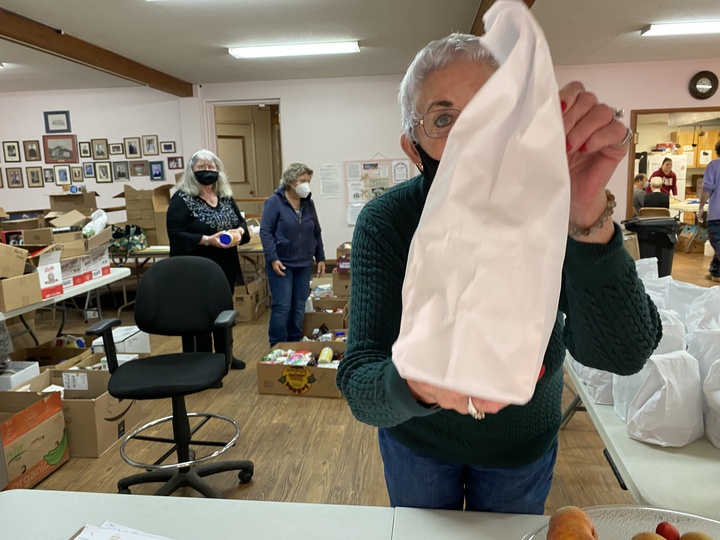 At the meeting Lindley told the planning commissions that St. Timothy’s would continue to serve meals on all days not covered by other churches in the kitchen ministry (currently Friday through Monday), regardless of the City Council’s potential decision to make the action illegal.

“If we are fined, then we would file a lawsuit against the city of Brookings,” Lindley said at Tuesday’s meeting. “We’re very much prepared to do that. That’s what the consequences are.”

“We’re being told ‘Hey, we do it my way or we're going to court,’” Bond said at the meeting. “I personally don't take threats lightly, I think that's ridiculous. That’s childish. If you're not willing to work with the city, too bad. That’s your loss.”

Lindley also offered a solution to the problem at Tuesday’s meeting, saying that St. Timothy’s would reduce its meals services to two day a week, if other churches could cover the additional two days. However, he said this was unlikely.

“If other churches wanted to be involved in feeding people, we would encourage that,” he said. “We’ve been working on this for 12 years and other churches haven’t come on-line.”

While a date hasn’t officially been set, the City of Brookings expects the City Council to vote on the issue on October 25.

“We’re not going to stop feeding people,” Lindley said. “This is a deeply held religious conviction to feed the hungry. Jesus preached that his followers should feed folks. We’re just following his example.”