« Del Norte 5th Grader Selected as Official Tree Lighter for This Year's U.S. Capitol Christmas Tree, Will Travel to Washington D.C. for the Ceremony in December 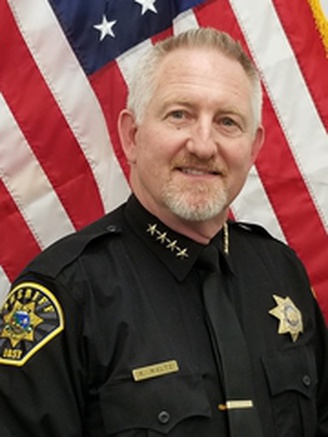 The reporters made several Public Records Act requests and Waltz had provided some comments included in the piece titled "No law north of the Klamath. Dysfunction, scandal plague California sheriff’s office," posted Wednesday.

But when it comes to allegations of misconduct against current and former employees, Waltz said though he’d like to clarify some points, confidentiality laws prevents him from doing that. He pointed to California Penal Code 832.7, which states that personnel records of peace and custodial officers maintained by state or local agencies are confidential.

Waltz also spoke to statements in the Bee’s article about the number of employees who have left — at least two dozen, according to the Bee — saying that the Del Norte County Sheriff’s Office is “one of the lowest paid agencies in one of the lowest paid regions in the state.” Many come to Del Norte County to get established so they can find a higher paying job elsewhere, he said.

“Some people come here and they like it here and they relocate and they start digging roots into our area,” Waltz told the Wild Rivers Outpost on Thursday. “I think there might be others that come here with the intention of getting established in law enforcement and returning to where ever their initial home is. I don’t think it’s unique to us.”

Waltz came to Del Norte County in June 2020, taking on the newly created role of undersheriff. He became acting sheriff on Sept. 4 when his predecessor, Erik Apperson, resigned. The Del Norte County Board of Supervisors officially appointed Waltz to the position on Sept. 28.

Waltz will serve out Apperson’s term, which ends in January 2023. Waltz isn’t sure yet if he will run for election in 2022.

Waltz came to Del Norte County in June 2020 after working as a criminal investigator for the Fresno District Attorney’s Office. Before that he was a sergeant with the Tulare County Sheriff’s Office for eight years.

Waltz was born in Fresno and lived in the area for most of his adult life but grew up in a small mountain town of about 350 people to the east. He said his small town childhood made it easy for him to assimilate to Del Norte County life.

Waltz said he had crossed paths with his predecessor, Erik Apperson, at a 2018 Commission on Peace Officer Standards in Training meeting in Sacramento. The two discussed the difficulty for officers in small, remote agencies to receive mandatory training.

After that conversation, Waltz, who taught at the Police Academy in Fresno, began talking to his superiors about bringing training to the Del Norte County area. In 2020, Apperson offered him the undersheriff position, which he created through a restructuring of the Sheriff’s Office.

“He restructured it so there was one single person in the chain of command beneath the sheriff that supervised both divisions within the office — the operations division and the corrections division,” Waltz told the Outpost. “Previously, there was a commander for each of those divisions and the next level up was the sheriff. Now, the way it’s structured is there’s the sheriff, the undersheriff and then it branches into each of those divisions, which has a lieutenant as their division commander.”

According to Waltz, the DNSO consists of 26 sworn peace officer positions, including the command staff. There are currently six peace officer vacancies, he said.

Overall between 60-65 people work at the Sheriff’s Office, which includes correctional officers, dispatchers and a sheriff’s secretary. Correctional officers are not sworn peace officers since, though they receive in-house training, have not completed the Police Academy, according to Waltz.

According to Waltz, the DNSO was allotted a records clerk position recently, which will take some of the record keeping and clerical duties off the secretary, who, he said, has been doing the job of at least two people for quite awhile.

The Sacramento Bee brought up several cases of employee misconduct within the DNSO, including an incident where a correctional officer in the jail allegedly deployed pepper spray into the cell of a mentally ill woman. That officer resigned after he was cited in Brookings, Oregon, on suspicion of impersonating a peace officer, according to the Bee’s article.

Another instance of potential employee misconduct included a DNSO sergeant who threatened to sue a former colleague over allegations he had a sexual relationship with a minor while a he was a leader of a program for high school students.

Waltz said he couldn’t comment specifically on the disciplinary actions taken in relation to the issues outlined in the Bee’s article because of California Penal Code 832.7.

“I will say, just generally speaking, that discipline is a necessary tool that we use to correct behavior in order to bring that behavior within our policies and procedures,” he said. “We have discretion in what level of discipline we will use for any specific incident.”

According to Waltz, counseling is the lowest level of discipline the DNSO metes out and is often all that’s necessary to correct misbehavior. Higher levels of discipline includes suspension and termination.

“We have to look at each individual incident to determine the level of egregiousness as well as the employee’s history to determine what will solve the problem,” he said. “We investigate and document every allegation or every observation of policy violations and, in some cases, we send them over to the District Attorney’s Office if there’s any suspicion of violation of the law. We also include our human resources (department) and our county counsel in any of these investigations and sometimes outside employee investigators to do the investigations.”

Waltz said he doesn’t foresee any “sweeping changes” he’ll make in response to the issues brought up in the Sacramento Bee’s article.
Waltz does, however, want to recruit and retain more DNSO employees, in particular those who have roots in Del Norte County.

He said he wants to build a career pathway that begins at the Del Norte County Jail and potentially leads to a peace officer position.

“To become a deputy sheriff, a person needs to have gone to the Police Academy and successfully completed that,” Waltz said. “To work in the jail, you don’t need the academy. We have in-house training and other training we send people out to complete that is required by the state for the jail.”

Waltz said he envisions a program that sends a correctional officer to the Police Academy while they’re still employed with the DNSO. Once they complete the Academy, they can then start the department’s field training program, he said.

Another issue that weighs on Waltz’s mind is the physical state of the sheriff’s office, which was constructed in 1963 and remodeled in 1994. The building’s close proximity to the ocean increases the need for maintenance on its ventilation system.

The jail itself is also in disrepair with tiles coming loose and rusted window frames, Waltz said.

“There’s a potential for up to $3 million that could come in to help us renovate and repair our building,” he said, referring to a request from U.S. Senator Dianne Feinstein for the jail to be included in the 2022 appropriations bill for the U.S. Department of Agriculture and the Food and Drug Administration. “I don’t know how far that will go. I know when we’re talking about renovating an old building, it takes a lot of money. I’m not an expert in any of this, but I will gladly put $3 million to use to start improving the building and making things safer for the inmates and for the staff that’s working here.”

Jail inmates currently number in the mid-70s, according to Waltz, though there are 146 beds in the facility. However, because of the different classifications for inmates, the jail could never house that many Waltz said.

When the inmate roster gets close to 100, DNSO staff begins making decisions about who stays and who is released, Waltz said.

“Right now we’re still under some COVID restrictions, which has reduced the level of criminal that is booked and housed in our facility,” he said, “so we have to make those difficult decisions on a regular basis.”

When it comes to Apperson’s decision to resign as sheriff, Waltz said it was something he never expected. Waltz said Apperson had told him he wanted to get re-elected enough times to be able to retire in Del Norte County.

As for the Del Norte County Board of Supervisors’ discussion about appointing him as sheriff, particularly District 2 Supervisor Valerie Starkey proposing to open the position to other applicants, Waltz said that action can sometimes fracture an agency.

“Any change of leadership is going to bring an effect on the members of the team, with any kind of team whether it’s sports, military or our agency,” he said. “A lot of rumors are flying around of why did he really leave. People were manufacturing reasons of why Sheriff Apperson left and it caused a lot of unsure thoughts. I think we really needed some continuity in leadership and I think that’s what the Board ultimately decided on.”

Waltz has until March to decide if he will seek to be elected to the Del Norte County Sheriff role next year. Though it’s a question he’s been asked many times, he said it’s still too early for him to make a decision.

“Just right now I’m trying to cross the bridge of taking over the position as sheriff,” he said. “I have a little time to think about the question of running and I think I’ll cross that bridge somewhere down the road.”