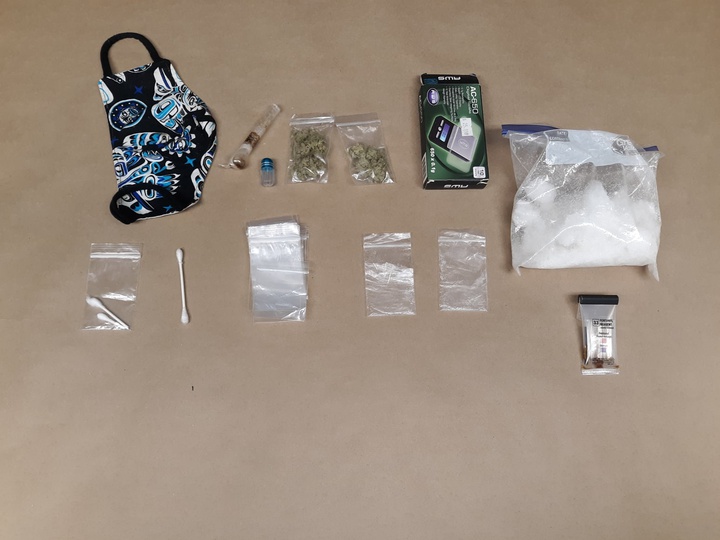 The Del Norte Sheriff’s Office received a call from a concerned citizen who found possible drugs and paraphernalia.

Deputy Sloan responded to a residential area near Crescent City and was directed to a makeup bag that had been found on the ground adjacent to the roadway.

Upon inspection, Deputy Sloan found that the zippered bag contained a baggie with over a half-pound of a crystalline substance which tested positive for Methamphetamine and Fentanyl. 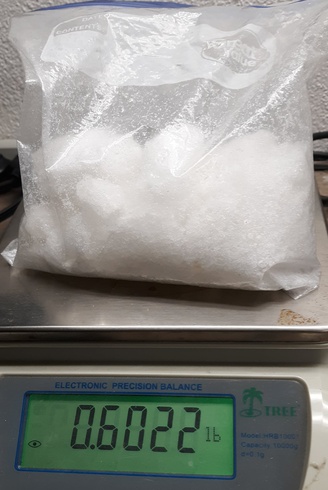 The street value of the drugs is estimated to be approximately $8,000.

The presence of Fentanyl makes this an especially dangerous situation. Fentanyl is known to be a factor in many drug overdoses.

Thankfully, this citizen properly reported the suspicious bag, and it wasn’t handled by a child or other passerby.

DNSO Deputies are trained to be aware of illicit and dangerous drugs like Fentanyl, and they use appropriate safety precautions to avoid accidental contact.

Accidentally ingesting or breathing in only a tiny amount of Fentanyl residue can send a fully-grown adult to the emergency room.

Sheriff Waltz said: “I’m grateful to the citizen who reported this and allowed us to collect the drugs and safely contain them before any harm was done.”

He also added: “There’s a drug dealer out there who is probably very disappointed that they misplaced this bag.  If they would like to claim ownership of the found property, I would invite them to come to the Sheriff’s Office to talk to me about it.”