« Though Its Estimated Cost is $1.3 Billion, Tunnel Was Cheaper Than Other Last Chance Grade Alternatives, According to Caltrans Representative 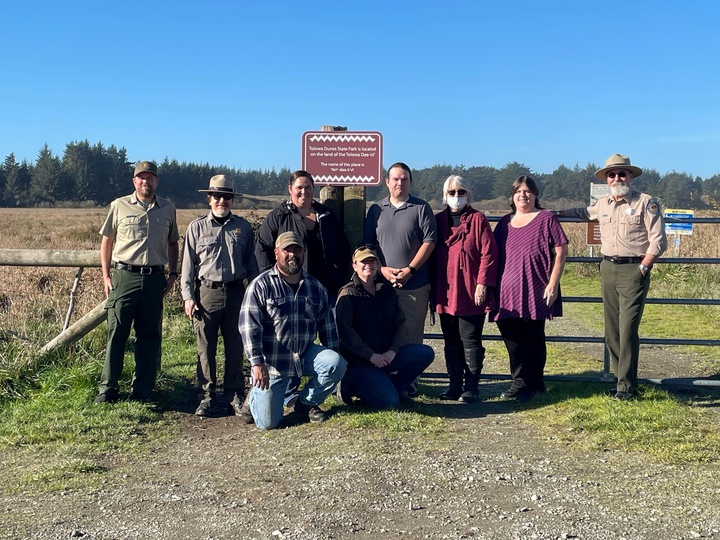 From a Redwood National and State Parks news release Tuesday:

The land acknowledgement signs will be placed in state and national park locations within the Nation’s ancestral land territory. The signs are the standard brown park signs with white writing and feature a basket design and the Nations indigenous place names in Taa-laa-wa Dee-ni’ Wee-ya’.

Greg Collins, Cultural Resources Program Supervisor and District Tribal Liaison with the Parks shared “We do this as a symbol of the work we do and the collaboration we have with the Nation, in the past and moving forward”. The Parks and the Nation believe the signs will be a positive addition that will share more history of the area, to enrich visitors experience. Victor Bjelejac, California State Parks North Coast Redwoods District Superintendent, sees these signs as a continued opportunity for visitors to connect with, and foster appreciation for the original stewards of our park lands. “By having these signs placed in a California State Park, we feel this will help contribute to a movement throughout the 280 state parks in California to further elevate, honor and celebrate the Indigenous voices and stories that are rooted in the ancestral lands that our parks now protect. 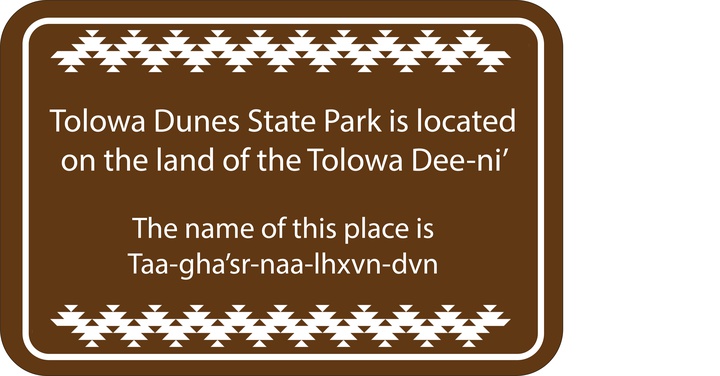 The nine signs will be installed on existing infrastructures in highly visited areas to not cause any land disturbances. The signs can be seen at entrance stations, visitor’s centers and places where visitors often gather. One sign will be at the Hiouchi Visitors Center, two in Jedediah Smith State Park near the visitor’s center (Chvn-su’lh-dvn), and at the campground entrance kiosk. There will be two locations along Howland Hill Road, one at the Boy Scout Tree Trail (Tee-ne) and one at the Mill Creek Trail, Grove of Titans (Shaa-xu’-me’). Two signs at Tolowa Dunes State Park (Yan’-daa-k’vt), at the north entrance of park on Sand Hill Road (Taa-gha’sr-naa-lhxvn-dvn). The final sign will be placed at the Del Norte Coast Redwoods State Park, Campfire Center (Shaa-xu’-chuu-dvn). Several of these signs are located within Redwood National and State Parks, a unique partnership formed in 1994 between the National Park Service and California State Parks to comanage over 130,000 acres, helping to protect almost half of the remaining old-growth redwood forests in the world. Redwood National and State Park Superintendent Steve Mietz sees the placement of these signs as “an opportunity to help people from around the world who visit our parks recognize that they are traveling through the ancestral territories of Indigenous communities that have cared for these lands since time immemorial and continue stewardship today.”

We encourage the community to visit these areas and look for the new signs.

###
The Tolowa Dee-ni Nation is a federally recognized Indian Nation of Tolowa Dee-ni’ People. The Nation is located 3 miles south of the Oregon-California border in Northwest California. The Tribe's general membership consists of over 1,900 members.