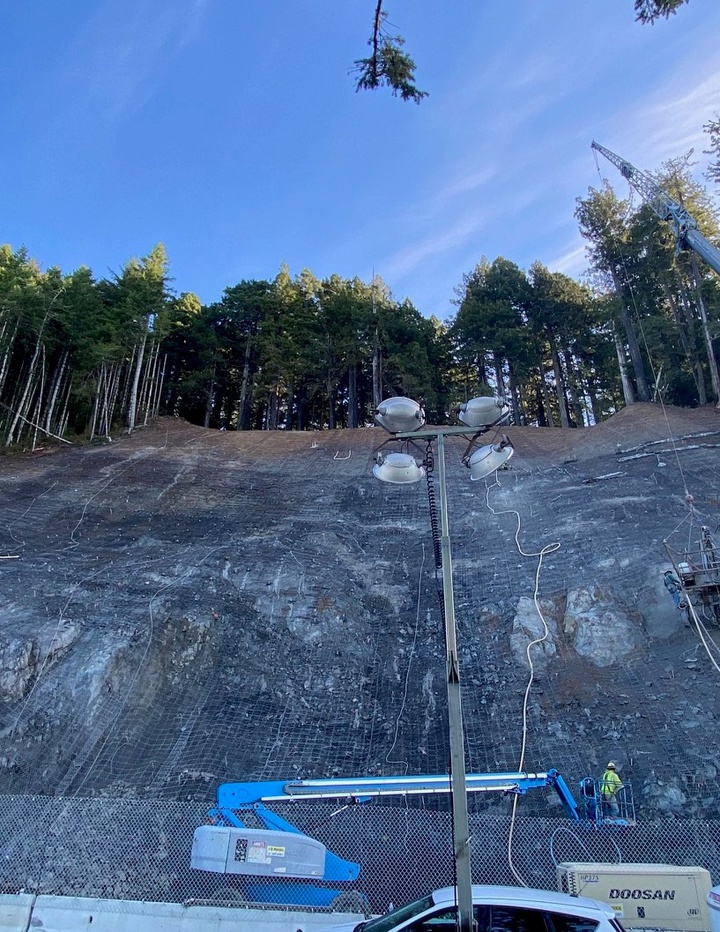 Last Chance Grade held through the rainy weather that visited Del Norte County recently thanks to the catchment areas and culverts Caltrans installed this summer.

Crews are putting the finishing touches on the emergency response work, using meshed anchors to shore up the hillside following a massive landslide that shuttered U.S. 101 in February, according to Caltrans spokesman Myles Cochrane. Though motorists passing through the area can see the slide area, Cochrane said, a lot of the work is being done outside of their view.

According to a Caltrans Facebook post on Monday, 30-minute delays will continue at Last Chance Grade until some time in 2022.

In addition to the ongoing emergency response project, Caltrans crews have been repairing two damaged walls in the area that has been open to one-way controlled traffic.

Crews are also expanding the roadway in that area by several hundred feet, according to Caltrans.

“This work is helping to further stabilize and situate the current roadway and is scheduled to be completed next year,” the agency stated. “At that time, it’s possible the roadway will feature two-way traffic for the first time since 2014.”

Caltrans determining the feasibility of two options for a “permanent fix” to Last Chance Grade. One involves bypassing the current route via a tunnel. The other option involves re-engineering U.S. 101 near the current alignment.