« 'We Got the Guy!': Woman Describes How She and Her Fiance Trapped a Suspected Burglar in School Bathroom 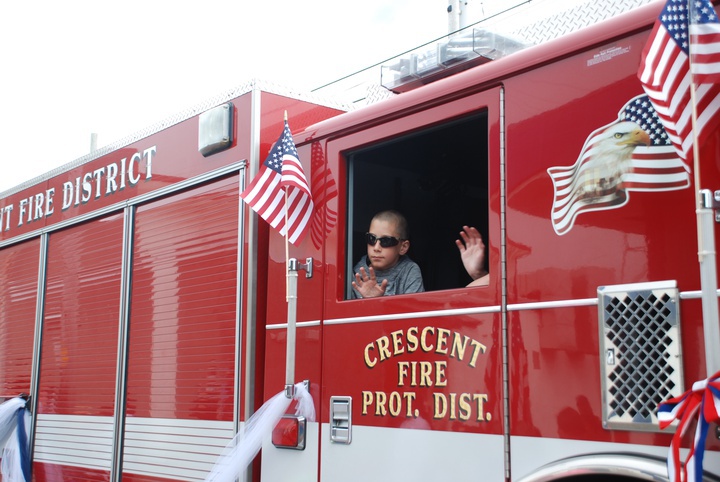 DNUSD received 18 ballots for property it owns within the fire protection district that include Pine Grove, Bess Maxwell and Mary Peacock elementary schools, Castle Rock Charter School and Sunset High School, according to Superintendent Jeff Harris. The total proposed tax for all 18 parcels is $5,064 per year, Harris said last Thursday.

“We don’t typically pay assessments,” he said, referencing an email from the Crescent Fire Protection District. “For this measure, the fire board chose to include developed parcels owned by public agencies. We also contacted our attorney who said, ‘Yes, they do have the ability to do that,’ so we’ve not paid this before.”

The DNUSD Board of Trustees unanimously voted in favor of the proposed property tax assessment for the Crescent Fire Protection District.

“That’s pretty good insurance,” said Trustee Area 3 representative Frank Magarino. “If one of our schools is burning down, you want to have a well equipped fire department.”

The Crescent Fire Protection District is taking a second crack at getting property owners within its jurisdiction to agree to a new benefit assessment to replace an $18 assessment from 2006 that sunsets at the end of the year.

Property owners in the district have until 5 p.m. June 14 to submit their ballots.

According to Harris, for its 1987 and 2006 assessments, the Crescent Fire Protection District chose not to levy those assessments against vacant parcels or publicly owned parcels like schools.

However, when considering the 2021 assessment, the fire district board realized that public facilities and assets within the district benefit from fire protection and suppression services, Harris said.

According to Gillespie, who spoke to trustees last week, the decision to include publicly owned parcels in the proposed assessment effort stems from survival — a dire need to maintain that service.

Gillespie also addressed a question from trustee Charlaine Mazzei over the fire district’s decision to cap the per-parcel assessment fee to $1,000 for large commercial complexes and multi-family residential properties.

Previous assessments were structured in such a way that business owners were paying twice what a homeowner would pay, Gillespie said. With many businesses closed due to COVID-19, the district decided on $1,000 as an upper cap.

“So no parcel would pay more than $1,000,” he said. “The school district has larger parcels, a couple of them, had they not been capped, would have been double the cost of what they are currently on the ballot.”

The Crescent City Council on May 17 voted in favor of the property tax assessment for two of its parcels.

According to Gillespie, the fire protection district’s goal is to raise $421,000 which will be used to implement a master plan in conjunction with Crescent City. That plan includes establishing a staffing plan that includes three paid staff members overseeing “sleeper crews” of volunteers.