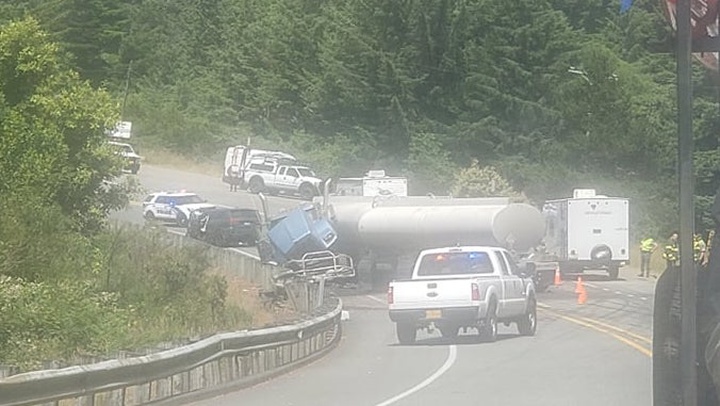 Photos of the scene provided by reader Tiffany Fanning.

At least one person has died from a single-vehicle crash involving a semi-truck that occured on Highway 101 today south of Port Orford.

Oregon Department of Transportation spokesperson Matt Noble confirmed with the Outpost that the crash occurred shortly before 11:36 a.m. Noble said the involved big rig appeared to be a tanker truck and added that no hazmat spills were reported as a result of the crash. 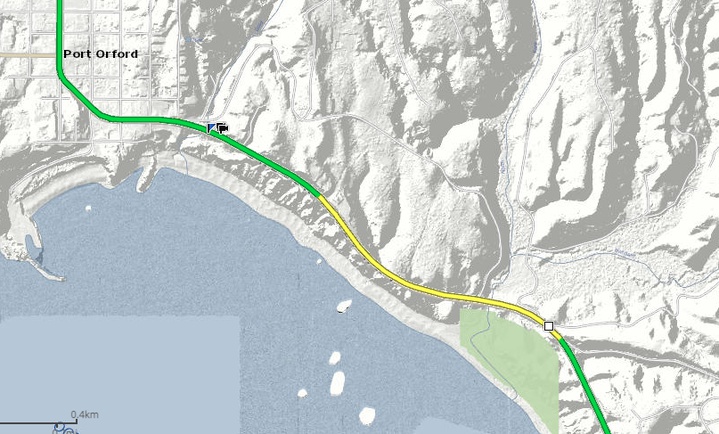 The location of the crash. | ODOT

Motorists experienced up to 2-hour delays in the area until crews cleared the scene at approximately 1:30 p.m.

Oregon State Police Captain Timothy R. Fox confirmed that the crash resulted in a fatality and said that more information will be released when possible. 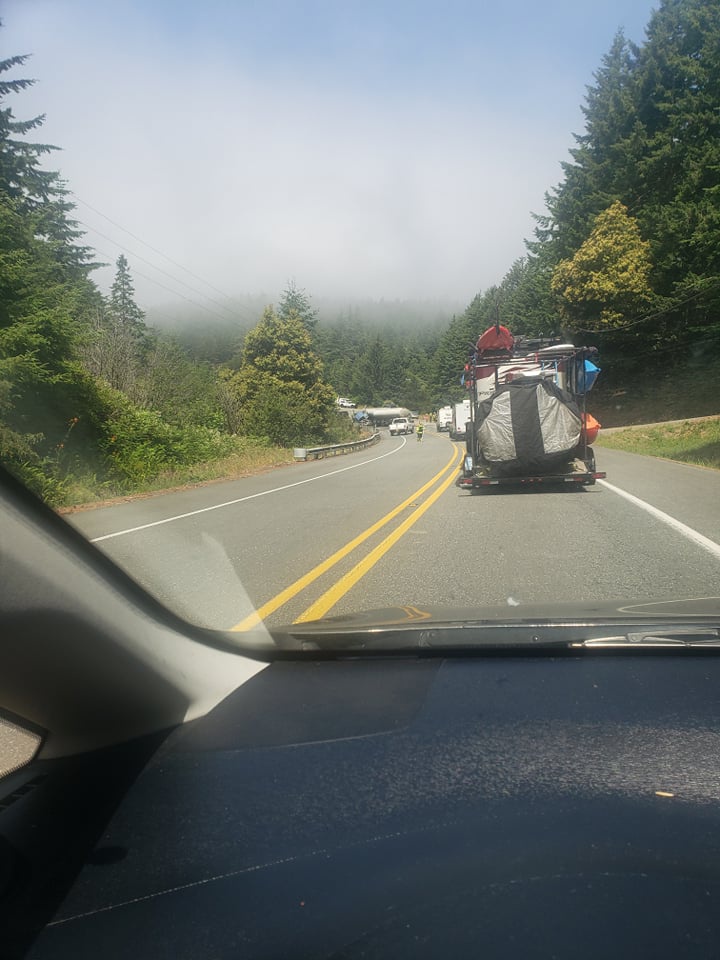