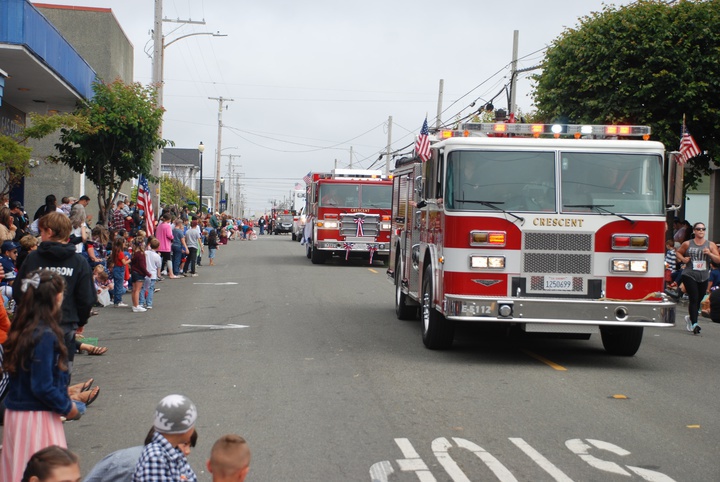 Del Norte County’s elections official says human error is to blame for a miscount of ballots collected Tuesday during the Crescent Fire Protection District’s most recent effort to pass a benefit assessment.

The tabulation on Tuesday was close with 858 ballots — or 49.99 percent of those deemed acceptable — voting in favor of the benefit assessment and 876 — of 50.01 percent — voting against it, according to Del Norte County Clerk-Recorder Alissia Northrup.

However, a ballot with a yes vote was accidentally sorted into a pile of ballots indicating no votes on the assessment, Northrup said. It was not caught and was included in the tabulation as vote against the assessment, she said.

This miscount led to threats of lawsuits and recalls against the fire protection district and prompted four members on its Board of Directors on Thursday to call for a recount.

“I would really really like to clarify this,” Northrup told fire district officials. “No ballot was found. There were 1,734 ballots when we left that day that were good and there are 1,734 good ballots today. There is not an extra ballot. There was a mistake made — a human error.”

This is the Crescent Fire Protection District’s second attempt to pass a benefit assessment after a previous effort failed by 23 votes last autumn, according to Crescent Fire Chief Bill Gillespie. If it passes, it would generate about $421,404 annually starting in fiscal year 2021-22, Gillespie told directors Thursday.

A single-family residential home would be assessed $74 annually, Gillespie told the Outpost in April. Parcel assessments would be capped at $1,000, which would be applied to large commercial complexes and multi-unit residential properties, he said.

The proposed assessment replaces an $18 assessment from 2006 that expires at the end of the year, according to Gillespie. If it fails, the district would lose roughly $110,000 annually as a result of the 2006 assessment sunsetting, he said.

On Thursday, Northrup told Crescent Fire Protection District directors that a total of 1,760 ballots were submitted. Twenty-six were deemed not acceptable either because the property owner didn’t sign the ballot or they did not mark a yes or no vote, she said.

The ballots were opened during a public meeting on Tuesday and were sorted into “yes,” “no,” and “not acceptable” piles, Northrup said. Once they were opened and sorted, there were two “no stations” and two “yes stations,” she said.

The ballots were sorted by both county employees and members of the public, Northrup said, though only her staff is involved in the canvassing process that follows to check for mistakes.

“We started with doors open in the room going through these ballots,” she said. “We went through all the yes ballots first to make sure all were marked and all were signed. It was 5 p.m. The ballots were locked up and sealed. We came back Wednesday morning and started in again. Anyone could be there that wanted to. There were always multiple people (there) at all times.”
Northrup told fire district records her staff discovered the mistake while going through the “no” ballots.

“Everyone in the meeting was immediately notified within 30 minutes,” Northrup said, addressing accusations from county resident Linda Sutter that she delayed reporting the error to former county supervisor Roger Gitlin who was observing the counting process. “Information about me sleeping on it all night was not true. It was discovered the next day and within 30 minutes everyone in the meeting was notified of this.”

The ballots are currently sealed and are locked in a safe in the elections office, Northrup said.

During the meeting, consultant Colette Metz, of PlanWest Partners, addressed several questions and comments Gitlin had made regarding the property assessment.

A significant question had to do with the way the votes were weighted. Metz said there was a concern about a small number of large property owners controlling the outcome of the assessment.

Out of the 5,253 total parcels within the Crescent Fire Protection District, 15 qualify for the $1,000 maximum assessment amount, Metz said. The remaining 4,732 parcels — roughly 90 percent — consist of single-family residences, either mobile homes or an actual house, she said.

“The value for the single family in relation to the total value of parcels is 77 percent,” Metz told the fire district board. “I just felt that would help provide a little bit more clarity on how many parcels we’re talking about.”

Other requests Gitlin made include a comparison as to how much money was spent on the most recent effort to approve a benefit assessment versus the Crescent Fire Protection District’s autumn 2020 effort, according to Metz.

According to CFPD Clerk Vanessa Duncan, the district spent about $105,034 on the benefit assessment effort last fall and so far spent roughly $29,067 on this year’s attempt.

Gitlin also asked if the tabulation process for the most recent benefit assessment was the same as the previous attempt, Gillespie said.

According to Gillespie, the answer the tabulation process for both assessment efforts was the same.

There was also discussion about the Crescent Fire Protection District attempting to bill insurance companies for their response to calls for medical surfaces and to traffic collisions. According to Gillespie, the fire protection district has had good results with those efforts “up to this point.”

According to Gillespie, large fire departments have begun billing health insurers for responding to 911 calls for medical services. The Sacramento Fire Department is one example, but Gillespie said he didn’t know how successful they’ve been.

Another question from Gitlin concerned an oversight committee, which is a requirement if the assessment passes, according to Metz. This committee would consist of seven members and would be tasked with reviewing how the district uses the revenues generated by the assessment.

If the assessment passes, CFPD directors indicated they’d like to have the committee meet at least twice a year shortly after to lay some ground rules.

At least two people during public comment — TAB & Associates, Inc. owner Thomas Barnes and Linda Sutter — threatened legal action against the district even if they ordered a recount.

Barnes said the way the votes were weighted was confusing and noted that since 90 percent of the parcels within the district were residential, homeowners would be shouldering the bulk of the assessment if it goes through. He recommended the board take the unofficial count, which shows the assessment narrowly failing, as the final tabulation.

Barnes, who also watched the tabulation on Tuesday, said it was announced on Tuesday that the assessment effort had failed. It wasn’t until after the public meeting that “all of a sudden you find another ballot.”

“This ballot could have a significant impact on an election that was announced to the public — the people that were there — that it had failed,” he said. “It’s obvious the counters — of which you had four groups of two — everybody in that room were highly disappointed and the reason why is they all had a vested interest and they’re all county employees.”

City resident Donna Westfall also opposed the property tax assessment, calling the effort despicable when the community’s coming out of a time of economic hardship.

“Personally, I don’t ever want to see another tax without a sunset clause or with a cost of living built into it,” she said. “I’m pretty sure there are other options you’ve not thought of. This whole tax leaves a very bad taste in my mouth and if things don’t change, I’d like to see the whole lot of you resign.”

According to Northrup, in addition to Gitlin and Barnes observing the count, Metz was also present during the tabulation. There weren’t any firefighters or fire district representatives there, she said.

“I apologize that this happened,” she said. “Usually it isn’t this close where if something happened it probably wouldn’t affect the final results, but it all came down to one ballot could change everything.”

Noting that a recount is necessary, Crescent Fire Board Chairman Jim Nelson said human error could happen to anyone.

“We are by no means blaming anyone for the miscount,” he said. “Like I said, with only one vote it might go the other way around and we’ll find a bad vote in there that we think is a yes or maybe an improper signature on one. It very well might be that it’s not going to pass anyway even though you found a yes (vote) in a no vote (pile).”

Northrup’s office will begin the recount after a 10-day public notice period on June 28, according to Duncan.