« Another Schedule Change for the Klamath Transfer Station 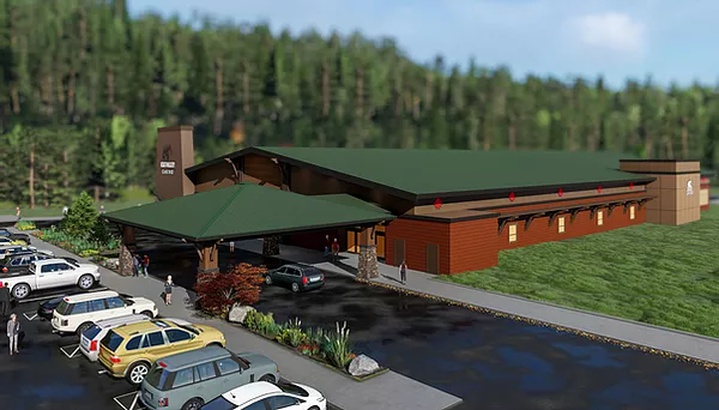 After roughly two decades, the Elk Valley Rancheria’s efforts to building a casino that’s visible from U.S. 101 are expected to be realized next year.

The new facility will be roughly two miles away from the current casino on a hill near the intersection of Humboldt and Sand Mine roads, Marketing Manager Kurtis Shaul told the Wild Rivers Outpost.

In addition to offering ocean views, the new casino will include a convenience store and gas station. There will be a gift shop, a new restaurant and a bar and an entertainment-bingo hall big enough for convention space and meetings, Shaul said.

Phase 2 of the project is a hotel, but could be several years down the road, Shaul said. Currently, the goal is to support the local community, he said, including residents of Humboldt and Curry counties.

“The unique thing about this building is it’s being planned for all the amenities the casino currently has,” Shaul said, adding that the current casino at 2500 Howland Hill Road is 26 years old. “We’ll still have about 300 slots. We will add more table games and make the poker room better. The amenities are going to be more recent — we’re building a building in 2022.”

Another amenity include spaces for RVs and tractor trailers, Shaul said.

Dale Miller said the Elk Valley Rancheria had been working on building a casino that can be seen from U.S. 101 since he became its tribal chairman about 21 years ago. Putting the land
the new casino will sit on into trust was an eight-year process, he said.

According to Miller, Elk Valley Rancheria was the first tribe in the country to put an off-reservation piece of land into trust for a casino.

The casino’s new home is about a mile outside the rancheria’s boundaries, though there are cultural sites there that belong to the tribe, Miller said. Putting the process into trust was a difficult endeavor that involved the U.S. Bureau of Indian Affairs, the California Coastal Commission the U.S. Army Corps of Engineers, environmental agencies and the local community, he said. 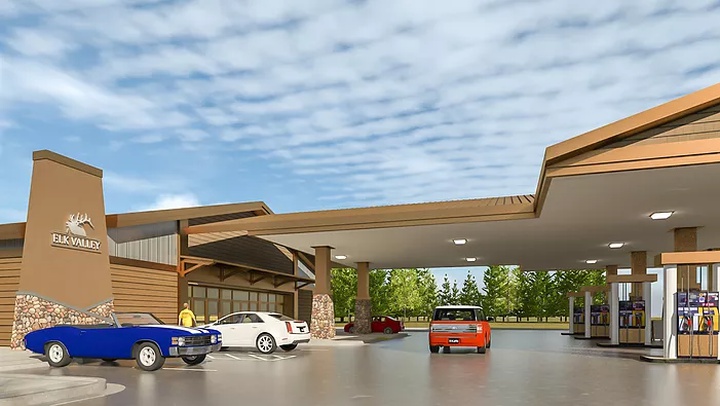 Both the Del Norte County Board of Supervisors and the Crescent City Council lent their support to the fee-to-trust process as well as Elk Valley Rancheria’s goals for a new casino, Miller said. The local conservation advocacy group, Friends of Del Norte, helped as well, he said.

“It was an off-reservation piece of land that belonged to the tribe that had cultural history with the tribe, but also the trust process was to be able to put a gaming facility out there closer to the highway,” Miller said. “There was a lot of opposition throughout California for tribes to do that. There were organizations that wanted that not to happen.”

The new casino will mean more jobs, Miller said. It will also bring more tourists into the area, he said.

“One of the reasons the community supported it so much is they thought it would help their businesses also,” he said. “We believe that’s correct too.”

Another positive Miller said the new casino will have going for it is its event center will be able to seat 500 people as opposed to the 300 at the current event center. The rancheria always opened its event center to local groups to hold fundraisers, but sometimes there weren’t enough seats, he said.

Elk Valley Rancheria also hasn’t forgotten about the herd of Roosevelt Elk that roam the pastures south of Crescent City. According to Shaul, there will be an elk viewing station once the property opens. He noted that the facility’s construction hasn’t phased the animals either.

Though the Rancheria is shooting for a grand opening some time in the future, Miller said the weather has been so good, they may be able to open earlier.

“We’d like people to come out and see the new facility,” he said. “I think they’ll enjoy it.”