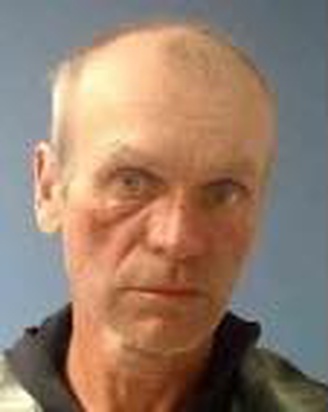 Crescent City police officers arrested a 57-year-old man Thursday after he allegedly brandished a razor blade at a gas station worker and assaulted a vehicle with three passengers inside.

On 7-8-21 at about 1800 hours, Officers from the Crescent City Police Department responded to the 900 block of US HWY 101 North, Joe’s Chevron, for a report of a subject threatening a worker with a razor blade.

Upon arrival Officers were directed to the suspect, Antonio Lawton (age 57), as he had then stopped a passing vehicle and started to assault the vehicle with three occupants inside. The driver of the vehicle then confronted Lawton with pepper spray and he backed away. Lawton attempted to flee from CCPD Officers and ran to the 800 block of Northcrest Drive. Officer Valero and Sgt. Lopez caught up to Lawton, and Lt. Kai was also quickly deployed. Lawton then gave up and was taken into custody without further incident.

Lawton was booked into the Del Norte County Jail for 422 PC, Criminal Threats, 245 PC Assault with a Deadly Weapon, and 236 PC, False Imprisonment.

After his arrest Lawton was also identified in video surveillance footage of a vandalism incident the prior day in the 400 block of K street in Crescent City. A separate booking will be completed for felony vandalism charges from that incident.