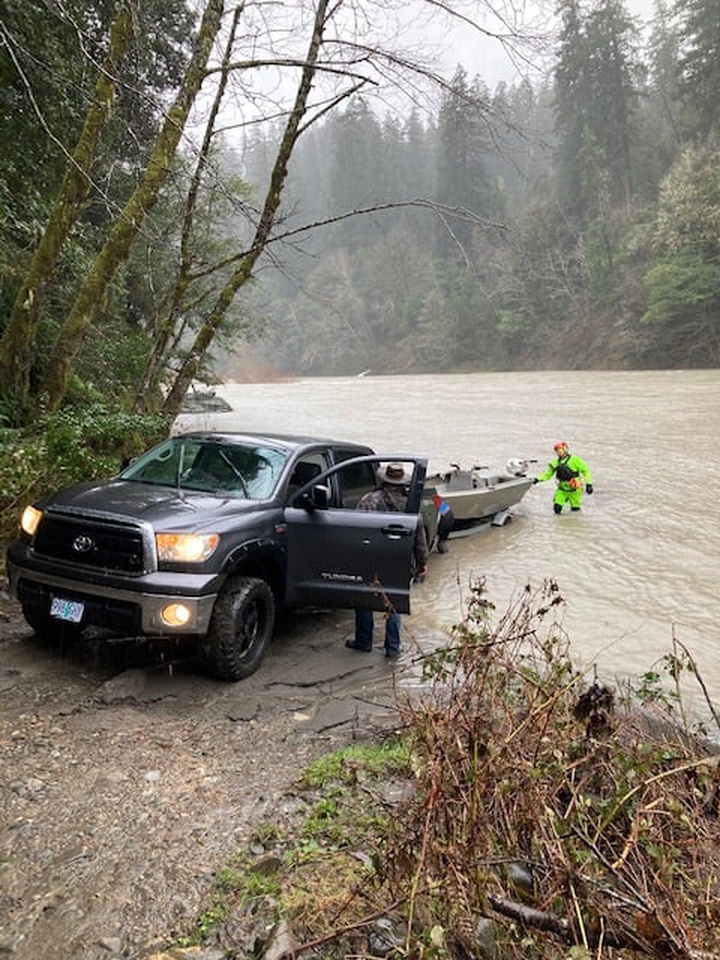 Monday February 1, 2021 at about 9:37 a.m., the Curry County Sheriff’s Office dispatch received a 911 call from 43-year-old Kristopher Bural of Grants Pass, reporting that he, his vehicle and his 15-year-old dog named Pearl were stranded in the water at Miller Bar and needed help getting out. Deputies and a State Trooper responded to the area and initially were not able to find Bural or his vehicle. Due to the storm and heavy rains, the Chetco River was high and access to Miller Bar was compromised and impassable for responding units.

At about 11:45 a.m., Bural’s vehicle was spotted from the main Chetco River Road about a half mile below Miller Bar’s entrance. Dispatch received another 911 call from Bural stating that he was not able to climb up the bank with his dog.  A Deputy and Trooper made their way from the main road a couple hundred yards down the steep brushy hillside to the water’s edge and met up with Bural. According to Bural, he had been at the location since noon the day before, that he was cold, a little lethargic but otherwise in good shape.  After assessing the situation it was determined that the only way to get Bural and his dog back to safety was by boat. 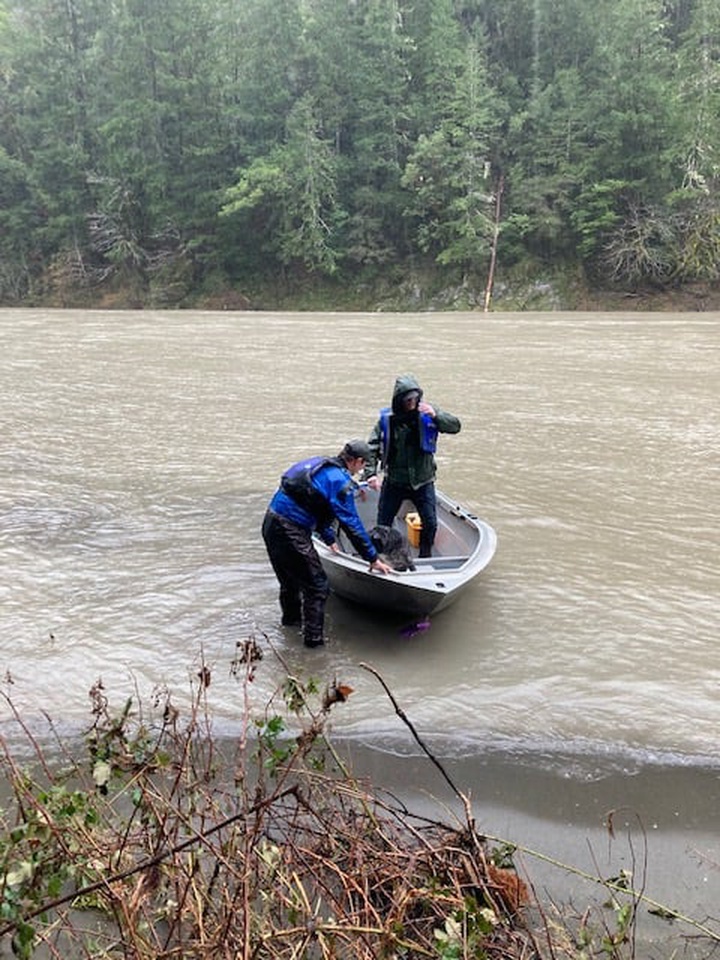 SAR member and rescue swimmer Ryan McGinnis was called to assist and he responded with his small self-built jet sled boat that he has used for several rescues over the years.

At about 2:41 p.m., McGinnis was able to launch his boat at the base of Miller Bar road along with Deputy Garrett Shannon who is also a rescue swimmer. McGinnis and Shannon located Bural and his dog Pearl about a quarter mile down river and were able to transport them by boat back to the entrance of Miller Bar. A Deputy gave both Bural and his dog a ride into Brookings where he secured a room for the night. Bural said he would try and recover his vehicle when the water resides. 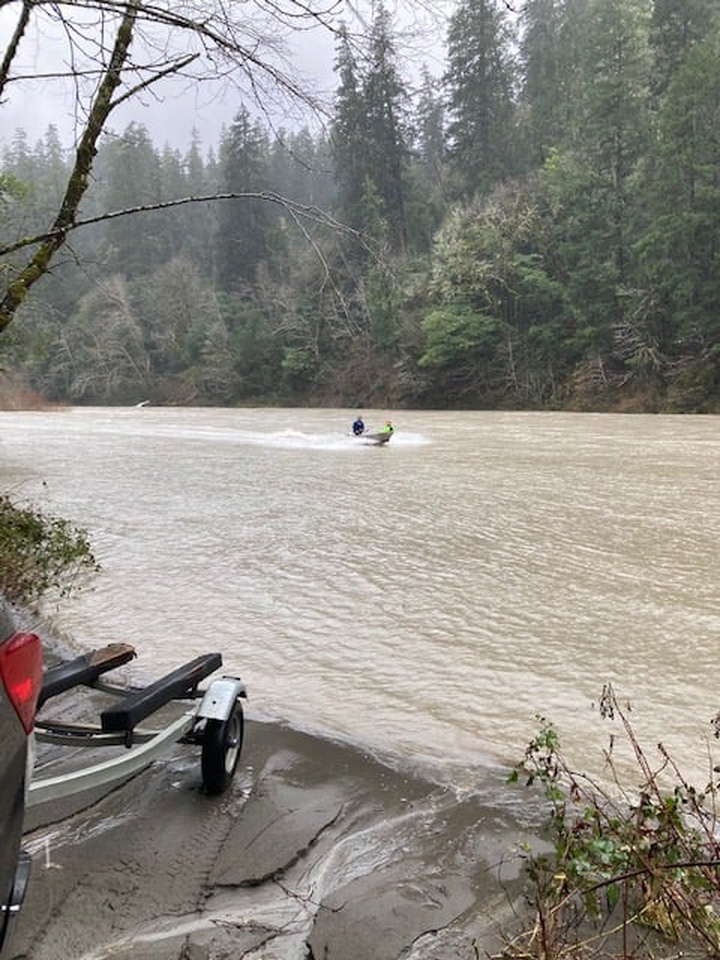