« Carol White Resigns From Crescent City Harbor District; Board of Commissioners Have 60 Days To Appoint a Replacement

Today's Board of Commisioners meeting.

The Curry County Board of Commissioners unanimously approved the purchase of a new over-snow emergency rescue vehicle at today’s meeting.

The motion allows the Curry County Sheriff’s Office to use $194,438 in title III funding to purchase a Tucker Sno-Cat, which is expected to be delivered to the county by mid-March. 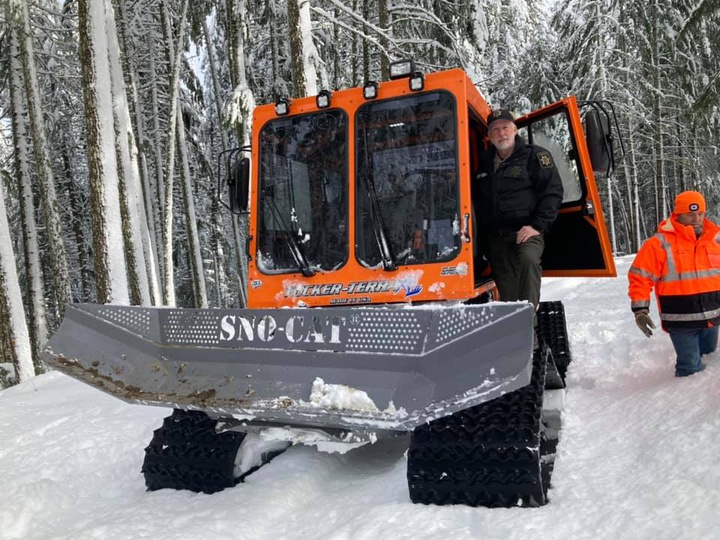 The Sno-Cat used in January's rescue. | Photos provided by the CCSO

Sheriff John Ward explained to commissioners at today’s meeting that — prior to 2018 — the CCSO was unable to use Title III funds for the purchase of emergency vehicles. However, he said that changes made to federal regulations in May of 2018 make the purchase possible.

This Title III amendment allows for the reimbursement of county search and rescue costs, including firefighting and law enforcement patrols and equipment purchases directly related to emergency services. 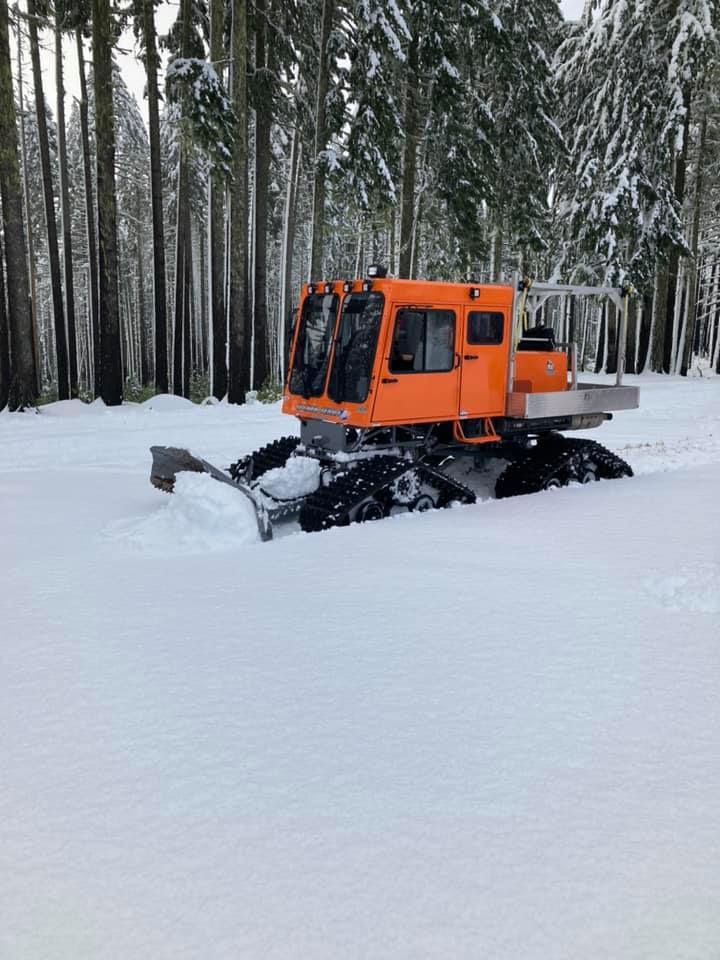 The rescue took place on January 27, when four people from Brookings were reported missing after driving their pickup into the snowy foothills near Wildhorse Lookout Road to build a campfire. The CCSO responded with deputies on ATV side-by-side vehicles fitted with snow tracks. However, deputies were only able to find two members of the missing group due to difficulties using the ATVs in four feet of snow.

“It took us a long time to get up to where [their truck] was,” Ward told the commissioners. “Our side-by-side use was not sufficient to continue on. I needed specialized equipment that would allow us to get into deeper snow and travel a lot further and a lot faster.” 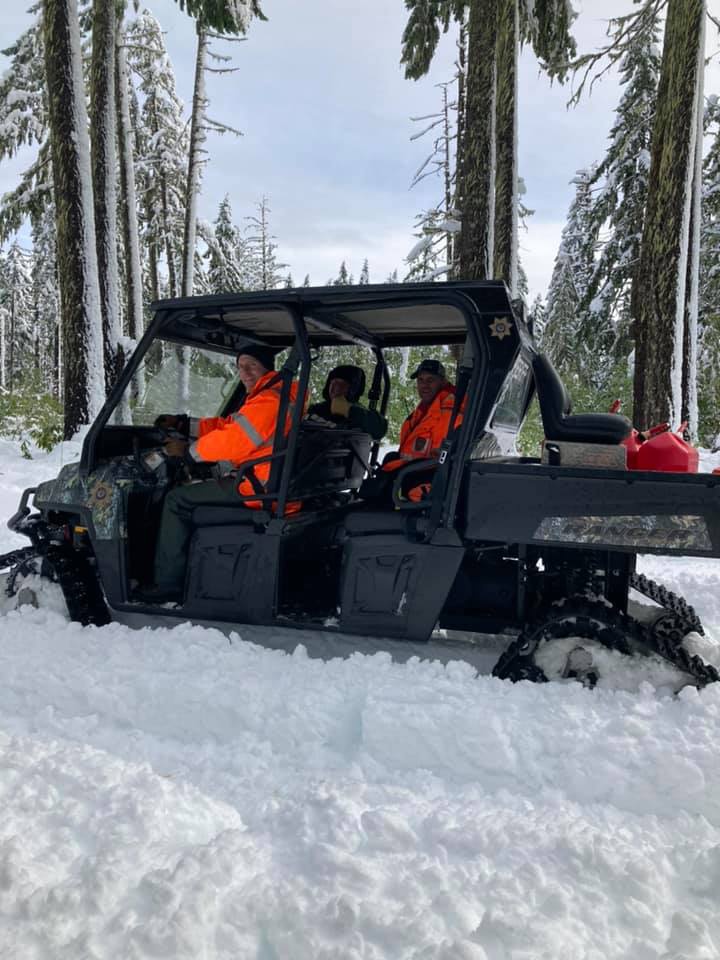 After multiple failed attempts to borrow a Sno-Cat from neighboring counties, Ward initiated a Sno-Cat purchase with the Tucker Sno-Cat Corporation in Medford. While the company had no models available for sale at that moment, Ward said the company lent the CCSO a temporary Sno-Cat free of charge to complete the rescue.

“The relationships you build work out in the long run,” Ward told the Outpost. “I’ve made a lot of good relationships with people and when you ask for something they want to help.”

Thanks to the borrowed Sno-Cat, Ward said the CCSO was able to rescue the two remaining members of the group, who were found miles from their truck and appeared to be suffering from hypothermia.

Ward told the Outpost that the CCSO purchased a Sno-Cat model very similar to the one used in January’s rescue. The Sno-Cat funds will come from the $500,000 in Title III funds that the county awarded to the sheriff’s office in 2018. 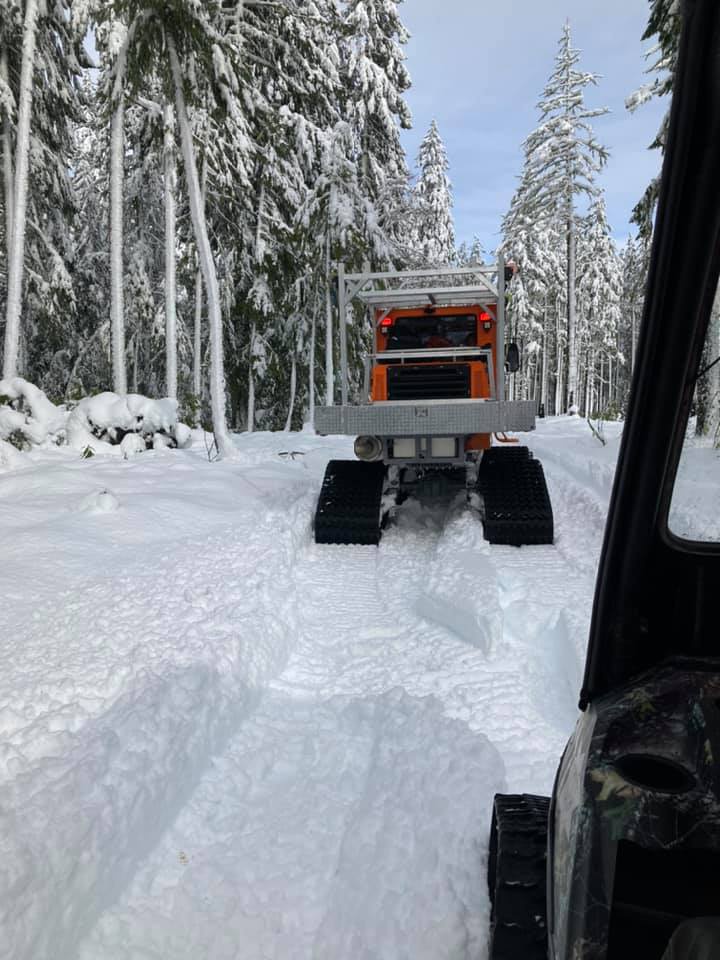