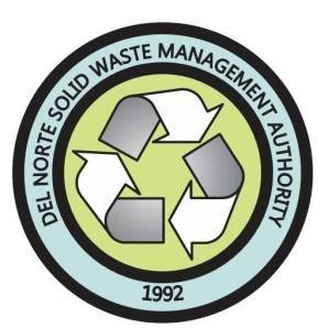 While local waste officials continue to work on a long-term solution to allow contractors to dispose of their treated wood, Del Norters will have a one-day chance to unload the material they’ve been stockpiling for the last eight months.

County residents, agencies and businesses will be able to drop off separate loads of treated wood waste for free at the Del Norte Transfer Station on Sept. 24, according to a Del Norte Solid Waste Management Authority news release Monday.

The authority will be able to take treated wood waste in lengths of 8 feet or less, according to the news release.

The transfer station can now take larger loads that include less than 5 percent of treated wood waste thanks to a variance the California Department of Toxic Substances Control granted to the DNSWMA, according to the news release.

“I hope that the Del Norte contractors who have piles of treated wood awaiting disposal will bring those piles in on Friday, Sept. 24,” Ward said in a written statement. “We set up this one-time event to help them get those piles cleared out, so we won’t mind if they bring multiple loads that day.”

Del Norte residents had no local option for disposing of their pressure- and creosote-treated wood waste following the governor’s veto of State Senate Bill 68 last year. That action required the material be stored as hazardous waste and transported to a hazardous waste landfill for disposal.

As a result, the Del Norte Solid Waste Management Authority in January asked local contractors to hang onto their material until it could figure out a solution.

On Monday, Ward said the DNSWMA is working on a long-term solution for accepting separate loads of treated wood waste.

However, this will require working with Hambro WSG, which manages the transfer station, to establish a rate structure. The rate ordinance process takes months, Ward said.

The DNSWMA will also have to go through a permitting process to accept treated wood waste, Ward said. This will require the agency set aside a covered area to collect and store the material before it’s transported to the Dry Creek Landfill near Medford, Oregon for disposal.

“Inside under-roof real estate is really valuable to us, so we hate to dedicate that to one material,” Ward said. “There are operational things we got to work out. It’ll be months away and we don’t want people to be waiting for that.”

Once the Del Norte Transfer Station does accept separate loads of treated wood waste on a permanent basis, there will be a charge for that service, Ward said.

On Sept. 24, there will be a special slab at the Del Norte Transfer Station for people to drop off their treated wood waste, Ward said. That material will then be loaded onto a trailer bound for the Dry Creek Landfill.

For more information about disposing of treated wood waste locally, call the DNSWMA at (707) 465-1100.