« GUEST OPINION: As Someone Who Has Two Active Lawsuits Against Caltrans, Let Me Say That Caltrans is Doing a Great Job With Last Chance Grade

COVID Delay Will Allow Del Norte to Tell Its Story Properly Before, During, After Olymipcs, Tourism Representatives Say 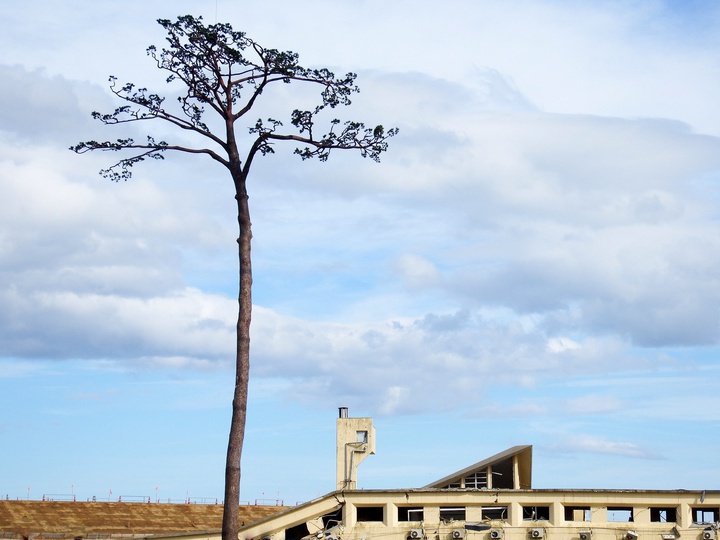 A year after it seemed that COVID-19 had dashed Del Norte County’s chances of appearing on a world stage at the 2020 Summer Olympics, the crisis may have been a blessing.

The community’s blossoming relationship with Rikuzentakata, Japan, was not only featured on NBC’s Peacock streaming service last autumn, NBC Sports still plans to tell that story during the Olympics opening ceremony in July, according to Cindy Vosburg, executive director for the Crescent City-Del Norte County Chamber of Commerce.

The local Go for the Gold campaign to capitalize on the sister city relationship’s global attention is still on, Vosburg told the Wild Rivers Outpost. The delay has even given the main players in the campaign the opportunity to tell Del Norte County’s story properly, she said.

“We ended up with more exposure for the Summer Olympics and we know we’re going to get a whole lot more afterwards, she said.

Vosburg said she and her colleagues will be working “all the way up to the Summer Olympics,” which kick off in Tokyo on July 28.

In Del Norte County, those preparations will play a role in this year’s Fourth of July festivities since the Chamber of Commerce decided the theme should be “Go for the Gold, Red, White and Blue,” Vosburg said. She even hopes to convince the organizers of the Fourth of July Fun Run to incorporate torches in the annual race that ends in Downtown Crescent City on Independence Day.

“It’s amazing things that seem so bad on the surface can turn into such blessings,” she said. “Silver linings are definitely out there.”

The Go for the Gold Campaign was a $59,000 public relations effort the chamber financed with dollars from the city, the county, the Crescent City Harbor District, the Crescent City Commercial Fisherman’s Association, the Yurok Economic Development Corporation, the Tolowa Dee-ni’ Nation and Elk Valley Rancheria.
The project sought to take advantage of NBC’s coverage of the sister city relationship between Del Norte County and Rikuzentakata as well as to increase tourism and stimulate economic growth locally.

When the chamber first pitched the plan to city and county officials and other potential funders in the autumn of 2019, it was under the gun to have much of that work done by the following summer, Vosburg said. Since the pandemic has delayed the Olympics to July 2021, it’s allowed DeSoto to soot several videos — something that the chamber may not have been able to pull off if things went along as initially expected, Vosburg said.

“We’re so rich in Native American culture, we wouldn’t have had the time to pull that off before the Olympics had it not been for the delay,” she said. “This has definitely given us the proper time to do things right.”

What may have begun as a way to profit off NBC’s coverage of the sister city relationship has turned into a desire to show the world what a beautiful place Del Norte County is, Crescent City Mayor Pro Tem Blake Inscore told the Outpost. He noted that all of the powers that be, tribal and non-tribal, have signed onto this campaign.

Inscore, who's been part of the Del Norte County Visitors Bureau since he began serving on the Crescent City Council, said the new Visit Del Norte, which launched roughly three years ago, sought to market the community beyond Crescent City. This, he said, is why the bureau spent money on the marketing videos prior to the Olympics.

But, Inscore said, no one knows how the Kamome story will be used.

“NBC hasn’t told us exactly how it’s going ot play out other than it is,” he said. “Part of the strategy has been to reserve back some of this funding so, as we see how this story plays out, there is a way to leverage that — whatever that is.”

Kamome, Japanese for seagull, is the name of the 20-foot fishing vessel that had belonged to Rikuzentakata’s high school and was swept into the ocean during the 2011 Tohoku earthquake and tsunami. Kamome, which washed ashore at South Beach two years later, was the catalyst that sparked a sister school relationship between both communities’ youth and, later, a formal sister city partnership with Crescent City, Del Norte County and Rikuzentakata.

According to Inscore, the next step for the relationship is for it to transition out of government involvement and into some kind of a private partnership. He noted that Kiyoshi Murakami, Rikuzentakata’s former senior executive administrator, left his position with the city recently, though he still serves in an advisory role, to start a new company called the Rikuzentakata Agency Corporation that specializes in tourism and commerce.

“He’s brought in partners from China, Singapore and, I think, Korea, along with the relationship we have here in the U.S.,” Inscore said. “The time has come in the same way that Kiyoshi has realized that if commerce was going to become a reality, they needed a private partnership in Rikuzentakata. We need one here too.”

“What better picture could you have than 101 lined with people waving as the White House Christmas tree goes by?” he said. “You can’t make that stuff up and you can’t pay for that kind of advertising.”