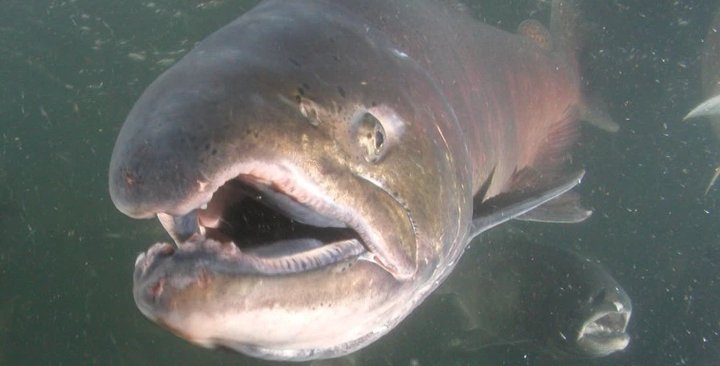 The Pacific Fishery Management Council has recommended closing the commercial chinook fishery between the Oregon border and the Fort Bragg area —the California Klamath Management Zone — due to low fall salmon returns forecasted for the Klamath River.

Meanwhile, the recreational fishery will be open for chinook from June 29 through Aug. 1, according to a Friday news release from the PFMC.

These recommendations will take effect if adopted by U.S. Secretary of Commerce, Gina Raimondo, according to the Pacific Coast Federation of Fishermen’s Associations.

This recommendation comes after the Yurok Tribe released a statement critical of a U.S. Bureau of Reclamation plan for the Klamath River basin, saying it provides “bare-minimum flows for imperiled Klamath salmon and sucker fish populations.”

The tribe also stated that with Upper Klamath Lake levels dropping, the prevalence of Ceratonova shasta — a disease deadly to juvenile salmon — is climbing.

“It is nearly inevitable that there will be a repeat of 2014 and 2015 when approximately 90 percent of sampled juvenile fish were infected by the deadly pathogen, and most died,” the Yurok Tribe stated.

Because chinook have a three-year lifecycle, many of the adults returning to the Klamath River this year are survivors of 2017 and 2018 C. shasta outbrakes, according to a PCFFA news release Friday.

In the Klamath River, low flows, exacerbated by dams on the river, trigger C. shasta outbreaks, according to the PCFFA. C. shasta also thrives in areas of hot river water below the dams.

“This year is a double whammy for the Klamath’s most important salmon runs,” PCFFA Northwest Regional Director Glen Spain said in a written statement Friday. “We are facing low returns of adult … fish due to juvenile C. shasta-caused die-offs three years ago, but this year’s desperate drougth conditions will encourage even more infections, likely sealing their fate, causing collapsed salmon fisheries three years from now.”

On Friday, the Pacific Fishery Management Council stated that fisheries south of Cape Falcon in Oregon are limited due to the low abundance forecasted for fall chinook runs on the Klamath River. However, their management recommendations are also designed to provide fishing opportunity for the more-abundant Sacramento River fall chinook run.

From the Pacific Fishery Management Council:

Commercial fisheries in the area from Cape Falcon to the Heceta Bank line are open now through April 30 for all salmon except coho. Starting May 1, Cape Falcon to Humbug Mt. will open through June with intermittent closures, and will be open continuously in September and October with weekly limits. The area will be open for all salmon (with a 10,000 marked coho quota) intermittently during July and August.

In the area from Humbug Mt., Oregon to the Oregon/California border (also known as the Oregon Klamath Management Zone (KMZ)), the Chinook season opened in late March and continues in April and most of early May. It is also open in June and July with monthly catch quotas and weekly limits in place.

The area from the Oregon/California border to the southern KMZ boundary (also known as the California KMZ) will be closed to conserve Klamath River fall Chinook.

Elsewhere in California, Chinook seasons in the Fort Bragg area (southern KMZ boundary to Point Arena) will be open August 1-17 and all of September. The San Francisco area (Point Arena to Pigeon Point) will be open intermittently mid-June through mid-August, and all of September. The Monterey area (Pigeon Point to the Mexico border) will be open intermittently from May to mid-August. There will also be a season from Point Reyes to Point San Pedro (a subset of the San Francisco area) consisting of three openings in early October ranging from one to five days each.

Spain compared average salmon landings within the Klamath Management Zone, which stretches between the Fort Bragg area to just south of Coos Bay in Oregon, from 1976-1980 to those between 2010 and 2020. The number of landings in poundage dropped by 96 percent for Eureka; 97 percent for Crescent City and 88 percent for Brookings, according to the PCFFA's news release.