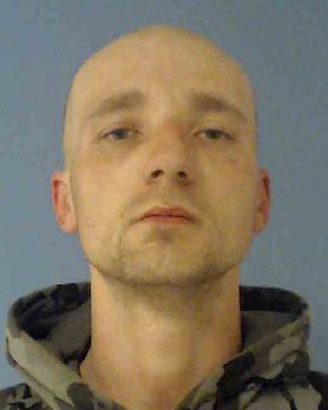 A 29-year-old Klamath man was arrested on Wednesday in connection with a car jacking that ended with the victim escaping in the Pine Grove Elementary School parking lot.

Pine Grove’s principal immediately put the school on lock down, according to the Del Norte County Unified School District.

According to Waltz, Huffman allegedly got a ride with the victim in the victim’s car and, pointing a handgun at them, demanded they get out of the vehicle and leave the keys.

“The victim grabbed his keys and got out of the car and fled toward the school from the parking lot and he was yelling to others alerting them the suspect had a gun,” Waltz said. “About five minutes later, they located the suspect a short distance away. We didn’t locate the gun, however ammunition was found in the suspect’s backpack.”

Following Huffman’s arrest, deputies “scoured the whole area” for the gun, calling on the Del Norte County Search and Rescue Team for help, but were unsuccessful, Waltz said.

“There was no gun that was found anywhere in the area between where the incident occurred and where the suspect was arrested,” he said.

Huffman was booked into the Del Norte County Jail on charges of carjacking, possessing a weapon to commit assault, possessing controlled substance paraphernalia and for being a prohibited person possessing ammunition. His bail is currently $100,000, according to the DNSO.