ANGELS and DESPERADOES: Franchise for Sale, or Not? The 2020 Vote 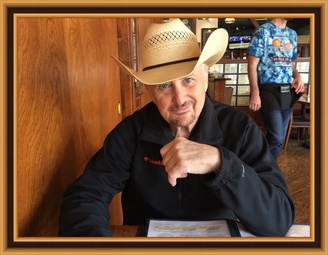 It was a dark night when this missive commenced, as witches rode a torrent that had befallen our land. The evanescent forms of ghosts and ghouls fed upon an evaporating spirt and decaying body, while goblins danced to an apocalyptic tune hauntingly reminiscent of the opening strains of Gimme Shelter, as we stood stonelike and let it bleed.

Of course, that was Halloween, but for those of you who may have conjured up a visage different from that Day of the Dead, I invite you to read on.

In the recent months of a political season gone increasingly awry, many of us have shed tears of mirth, joy, dismay, disconsolation or disgust. Of course, if the issue was FBI Director Comey and email-gate, you may have hit for the cycle. We‘ve had to marvel at the media and its actuarial, crystal-ball ablity to augur the entrails and prophesize how we will mark our ballots. As an aging white guy, born in Newark, New Jesey, with a background in commercial fishing, band management, law and a somewhat extended Summer of '69, depending on whether you're FOX, CNN or MSNBC, I come out looking like Navin Johnson, the Second Coming of Ted Nugent

Yes, in an election where the candidates have more baggage than Lady Gaga on safari, it's easy to make light of it all. Indeed, how many of us have bemoaned that this is the best America could offer up as the leader of the Free World, that we‘re disgusted with the whole tawdry affir — and yet remain glued to our TV screens and a media we increasingly deplore.

All of that said, as someone once stated, "democracy must be something more than two wolves and a sheep voting on what to have for dinner." There is one thing I fear for, a blessing and hallowed ground, watered with the blood of far too many while far too often exercised by far too few. Of course, I speak of that franchise called "the vote," a concept as central and integral to all we stand for as a people and nation, as any in the notion of this thing called democracy.

America, from its revolutionary inception in 1776, in which Thomas Jefferson declared that all men were created equal, endowed by our Creator with certain self-evident, inalenable rights such as life and liberty, has traveled a path at times brutally antithetical to that high and noble language, refusing at times the right of the governed any say on the choice their rulers. From the 1778 Constitutional ratification declaring certain human beings to be three-fifths of a person to Dred Scott to Citizens United, our national path and landscape has been broken and afflicted with laws and social mores inconsistent with Mr. Jeffersn‘s "self-evident truths," driven by two diametrically oppositional concepts of ordered liberty: one that believes that a government should be controlled by and work for its people and another that envisions a government ruled by a certain few, enlightened or not.

Our brief history bears witness at various times to the voting disenfranchsement of persons based upon hair color, place of birth and gender, to name just a few, while being imposed by everything from congressional mandate to judicial gerrymandering to the Jim Crow devices of poll taxes and literacy tests. Indeed, pracices and polices shameful, yet only serving to make the evolution of the American Dream more noble.

The 15th and 19th Amendments were passed guaranteeing the right to vote regardless of color, gender or previous servitude. The Indian Citzen Act of 1924 extended the right to vote to all Native Americas born in the USA. In 1952, the McCurran Walter Act recognized the right to citizenship of first-genenation Japanese citizens. In 1964, poll taxes were outlawed by the 24th Amendment, while the Civil Rights Act of 1964 was passed, making discrimination on the basis of race, national origin, gender or religion in voting to be illegal. in 2006, the Civil Rights Act was extended for another 25 years.

The passage of those Acts and laws was not conceived in the sterile vaccuum of courtrooms or congressional halls. From places lke Selma, Manzanar, the Trail of Tears to the slaughterhouses of Chicago, harvests of shame and the railroads of Manifest Destiny, they were born of the tears, blood and toil of the afflicted and represent the best of this country‘s dedication to that thing called democracy.

Many of us may be discouraged by the tenor of the contest and choices presently before us. It must be said, though -- if you decline to exercise your right to vote, if nothing else, you deny the sacrifice and labor of all who came before you to insure that right

Second, as Jesse Unruh said, °All politics is local." While we tend to think of the elections covered by the networks as the "important" ones, the really important ones ae those that have an immediate effect upon our community, elections that CAN be decided single digits. If you think your vote doesn‘t count and you tell three friends that and they tell three of ther friends and you all vote similarly because you‘re friends, that's 13 votes and that can have a big effect in a small county like ours in deciding what kind of health care, education, law enforcement and quality of life we have.

Last, as to one's duty to vote, the idealist in me summons up Aaron Sorkin‘s charcter Will McAvoy in "The Newsroom":

"America used to be the greatest country. We stood up for what was right. We fought for moral reason. We passed laws, struck down laws, for moral reason. We waged wars on poverty, not on poor people. We sacrificed, we cared about our neighbors, we put our money where our mouths were and we never beat our chest. We built great things, made ungodly technological advances, explored the universe, cured disease and we cultivated the world's greatest artists and greatest economy. We reached for the stars, acted ike men. We aspired to intelligence, we didn't belittle it. We didn't identify ourselves by who we voted for in the last election. We didn't scare so easy. We were able to be all these things because we were informed ... by great men men who were revered."

1 believe what he was saying is that voters can cut though the manure and fulfill their duties as Americans by being informed and fearless —— just like our Founders, great leaders and even artists. Being informed takes more than rounding up your favorite Internet sites and repeating what they peddle for facts. It takes work and an open mind. So, fulfill your duty. Show up on Election Day, or earlier, and vote for men and women of conscience and charcter, who remind us of our better selves.