'I Think Our School's More Than Ready'; About 1,500 Students Expected On DNUSD Campuses Starting Next Week » 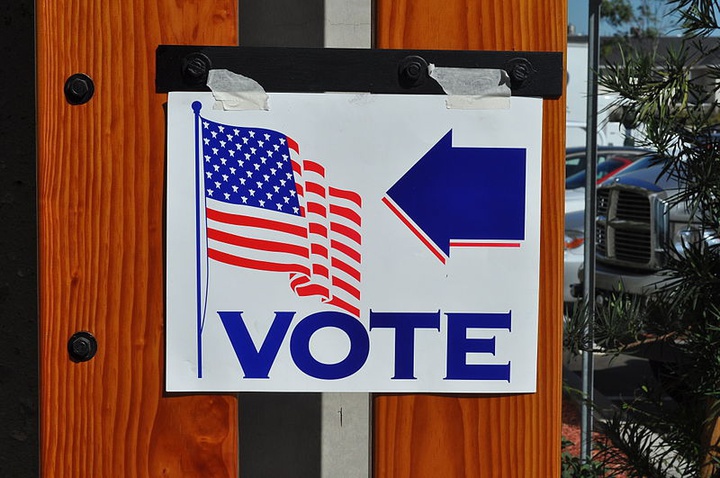 Election Day is still more a month away, but Del Norters will likely receive their ballots in the mail early next week.

Voters can officially cast their ballot in the Nov. 3, 2020 General Election starting Monday, Del Norte County Clerk-Recorder Alissia Northrup told the Wild Rivers Outpost. She said her office dropped the ballots off at the post office on Thursday.

“The legislation that said we have to mail everybody a ballot also allowed us, if we had them ready early, we could mail them early,” Northrup said. “They dropped them at the post office this morning. People should be receiving them early in the week.”

Northrup said voters will likely receive their ballots Monday or Tuesday. Voters should have already received their sample ballot for local races as well as statewide contests such as the State Assembly and Congressional representatives, she said.

According to Northrup, this year’s sample ballot will carry an application on the back page voters can use to request a second ballot if they made an error on their first ballot. People can also use that application if they want to receive a vote-by-mail ballot permanently, she said.

This candidate forum comes after True North hosted a virtual event for candidates running for Del Norte Unified School District on Wednesday, which has two seats up for election this year.
Trustee Area 3 has incumbent Frank Magarino competing against Sheryl Steinruck and Billy Hartwick.

Del Norte voters will also decide on one of two 1 percent sales tax measures — Measure R, which would apply to the county, and Measure S, which would affect sales tax inside Crescent City limits.
Voters who don’t want to cast their ballots by mail can bring them to the Del Norte County Elections Office at the Flynn Center, 981 H Street in Crescent City.

A ballot drop box will also be at Crescent City Hall, 377 J Street, Northrup said. Voters can also take their ballots to polling places in any of the 18 precincts on Nov. 3, she said.

For more information about local elections and precinct locations, click here or call (707) 464-7216.